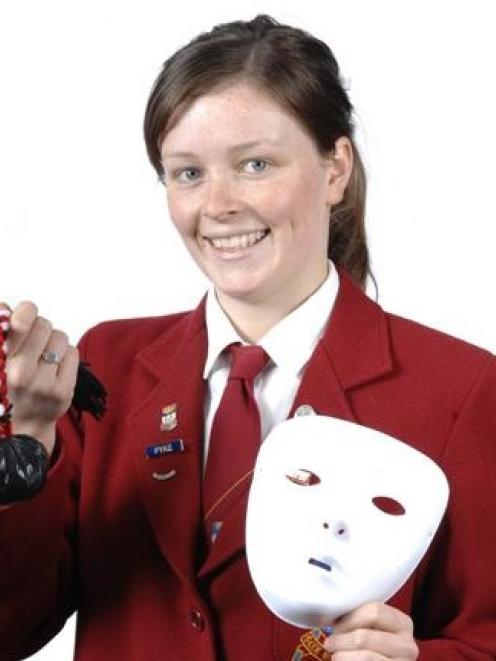 Emily has appeared in a long-line of town and school productions, and is looking forward to performing in Bye Bye Birdiewith the Alexandra Musical Society in September.

Emily started learning dance at the age of 3, but has since added modern jazz and hip-hop styles and singing to her repertoire.

Dance and drama has lead to many rewarding social opportunities and she responds to the challenge of learning new routines.

But performing can also lead to cultural insights and she has enjoyed appearing with the schools Kapa Haka group at community events this year.

"It is fun and it is good learning modern styles of music which allow more interpretation. Performing has also been good for my confidence overall."

Emily says a recent highlight was attending an Outward Bound course which helped her build on leadership abilities.

As a school council member for several years and deputy head girl Emily has been involved in school leadership roles on several boards and committees and has helped organise cultural and social events, choral festival and quizzes for fellow pupils.

Role model: "My parents have been very influential and inspiring. They help me when they can and always offer encouragement."

Hopes for the future: "To study law and languages - mainly Spanish - at the University of Otago and possibly work for the Ministry of Foreign Affairs in the diplomatic corp. I really want to see the world!"