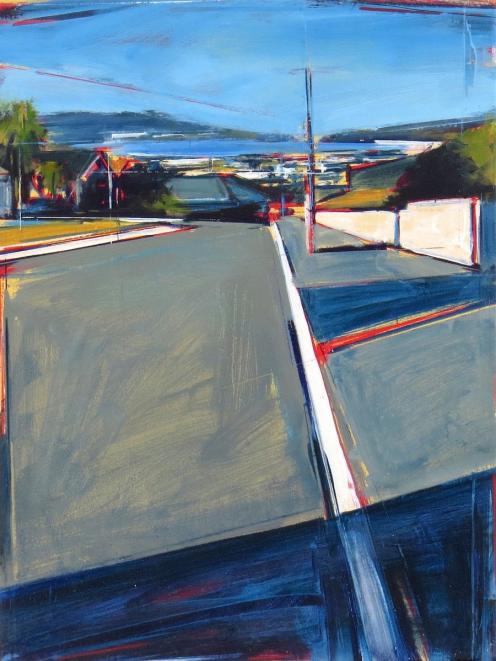 Tom Voyce returns to The Artist’s Room with a series of strong oil landscapes. The new works are largely based on scenes captured during the Welsh artist’s time in New Zealand in 2018.

Voyce employs stark geometricity, presenting a land crisscrossed by bold perspective lines, drawing the viewer directly into the scene. The land is captured in broad planes of colour which hover on the edge of abstraction.

In works such as The Remarkables, the foreground is rendered as simple angular blocks which somehow capture precisely the feel of the locale. Similarly, works like View to the Bay (Dunedin) effectively depict the view from Dunedin’s hill suburbs without the need to pinpoint or fill in detail. We are left with scenes which perfectly evoke ‘‘Dunedinness’’ without tying down the artist to any specifics.

In this regard, the works owe a debt to 20th century American artist Richard Diebenkorn, with whose work they share a strength of line and perspective and a similar intensity of light and colour.

A departure in this exhibition is the addition of two still lifes. These works apply the same sweeping lines to the folds of tablecloth that the artist uses to add perspective to his landscapes, showing clearly that his technique is deft and versatile enough to capture different subjects with the same panache. 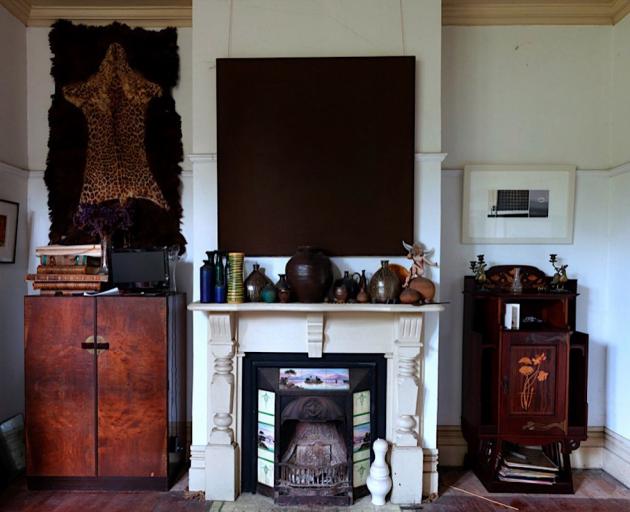 Adrienne Martyn’s photographic study ‘‘Durham Street — As She Left’’at Olga Gallery is a poignant memorial of a life in the arts.

Created during the last year of the life of Dunedin artist Marilynn Webb, the images document Webb’s Mornington home and studio: the cluttered, the collected and the composed. In doing so, the photographs do more than simply record a moment in the artist’s life, but recall the decades that Webb had lived in the property.

To add to the poignancy, later photographs were taken while the artist lay in hospital. She was not to return to the house before her death a few days later.

While Webb was heavily involved in the artistic project, it is impossible not to look at the works without thinking of them as a memorial, a memento mori collection of the instances and ephemera which make up the artist’s life. Whether it is the mantelpiece filled with pottery, piles of CDs, or the ubiquitous collection of artworks which dot the walls, we are left with a portrait of the artist.

The photographs themselves shift effortlessly between reportage and intimacy, presenting an image that is kind and delicate while never being less than a truthful account of an artistic life. 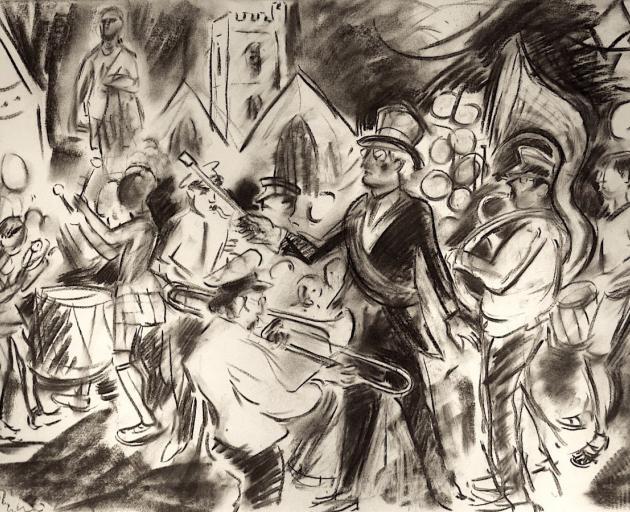 The term ‘‘drawing’’ is employed in a loose sense in the Robert Macdonald exhibition at Gallery Fe29. In a series of charcoal and ink works, Macdonald creates a world populated by grotesques and heroes, crowds and individuals.

In the broadest sense, these can be considered drawings, in that they are vivid sketches of the characters depicted, the majority of them explorations of form and composition as much as they are finished works.

In many of the pieces, the artist’s study of the writings of Carl Jung are evident, with the figures as representative archetypes rather than specific figures. This is particularly the case in images such as The Airman and His Muse, but also carries through into images such as Hippies and Adoration of the Hare. Water plays an important role in some compositions, with several featuring figures waist-deep in water and lured by mermaids.

Much of the delight in these works is the sureness of line and humorous caricatures which burst the bubble of respectable society in images such as the Grotesques works and Ladies with Hats. The complex composition of narrative works such as The Marching Band — Brecon Jazz is also very impressive.