In this week's Art Seen, James Dignan looks at exhibitions from the Hocken Collections Gallery, Gemma Campbell, and Karl Maughan. 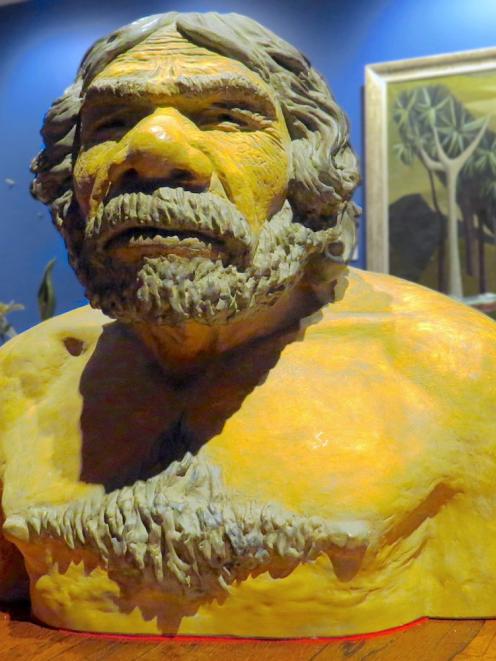 A short review cannot do justice to the Hocken's ''A Garden of Earthly Delights''. Ostensibly a commemoration of University of Otago's sesquicentenary, the exhibition is as much a celebration of the Hocken's collection as it is a cabinet of curiosities showcasing artefacts which have been used over the decades in the university's science departments.

The artworks are an overview of the history of the connection between the university and local arts culture. John Buchanan and George O'Brien landscapes vie for attention with more recent works by McCahon, Hotere and Angus.

Between and around these paintings are fascinating and often exquisite teaching charts and models. The differing styles of the antique botanical and anatomical diagrams hint at their varied origins in Japan and Germany.

An array of biology, anatomy and anthropology teaching models include some of the stars of the show, among them a series of botanical models by Robert and Reinhold Brendel (referenced in a recent exhibition by Marion Wassenaar at Inge Doesburg Gallery) and a bust of a Neanderthal man, remarkable in detail but outdated as a model by modern discoveries.

The exhibition gives a poignant reminder of the origin and use of the artefacts by using a large work desk, graffitied and carved by generations of students, as one of its display surfaces. 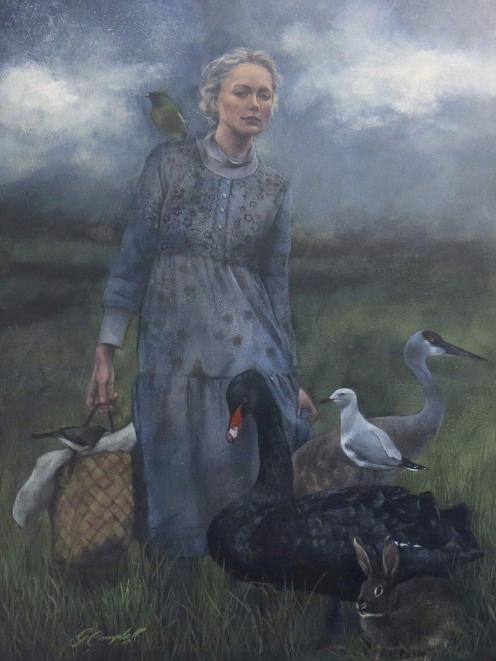 Gemma Campbell's evocative acrylic paintings are a doorway to a magic-realist world where humans and wild animals live together in harmony.

Each of her works focus on a single human figure, surrounded by birds and other countryside creatures set against deep sombre backgrounds or under leaden stormy skies.

The paintings are intriguing: the colours muted, yet the images seem to glow from within. This is at least partly due to the manner of their construction, made as they are from acrylic paint overlaid on aluminium sheet.

This lets the paint remain dull and softly toned, but allows the reflective nature of the base to instil a little of its nature into the works.

The paintings themselves are well constructed, with the gaze falling firmly upon the human figure. There is a narrative to the works, though it is a personal, introspective one, and as such there is a mystery to the message of each piece.

Accompanying the paintings is a series of etchings, each focusing either on a similar scene to the paintings or on an individual animal study. These works are charming, and the textures displayed in details such as the feathers of Duck and the fabric of Girl With Fox are both finely and skilfully worked.

Karl Maughan has become well-known for his bold, flower-filled canvases. The mind and eye are drawn into the works, to wander down the broad pathways which lead through the blooms.

In his latest exhibition, the shrubs and bushes remain, but the paths have become less of a feature. Broadly assayed in painterly strokes, these walks now lead straight through the plants, which crowd and constrict them.

In a peculiar, but effective, move, paired works become diptychs with an apparent central pathway, yet when separated into their individual images, the paths are almost bullied off the canvas by the foliage, becoming only a delineated border to a garden which otherwise threatens to escape from its frame and invade the gallery.

There is a natural exuberance to the works, with the bright colours and the broad mark-making which lends the flowers an air of movement and freshness.

The seeming dominance of the bushes within the picture area and the sheer size of the works overwhelm the viewer in much the same way that the plants overwhelm the pathways.

The key work diptych in the show is the impressive and massive Kauri/Kauri Bay, which is, not coincidentally, the only work in which the pathway offers a visible way out from the suffocation of the blooms. 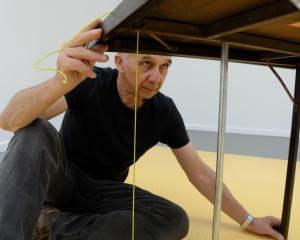 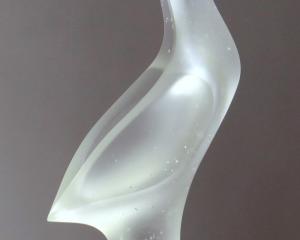