Women writers seem to excel when it comes to historical novels, and Terri Kessell (Burning the Evidence, Cape Catley, pbk, $27) and Susan Marshall (The Tartan Helix, distributed in New Zealand by Landmark Press, $20) are no exception. 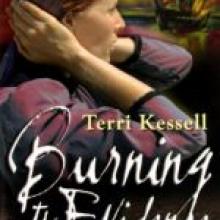 Kessell's gritty, fast-paced and authentic-sounding narrative is built around the infamous burning of the sailing ship Boyd in the Bay of Islands in 1806, and the massacre and eating of the crew by local Maori.

Told from the perspective of survivor Ann Morley, it leaves no bone unburned as Ann unshackles herself from a convict past and marriage to an abusive husband in Sydney, and books passage intending to return to Manchester and a job in the cotton mills.

Her kindness to a young Maori male on board, falsely accused of stealing and flogged to an inch of his life, ensures the survival of Ann and her baby daughter, and honoured membership of the vengeful tribe, even though she turns down dinner.

I can see this being made into a movie. 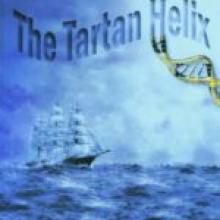 Marshall's effort is more complex: a fictional account, but heavily reliant on a well-researched family history, of the migration to Canada of Highlanders made landless after they supported Bonnie Prince Charlie's rebellion.

Although her particular interest is in McLeod clan members, the hardship of the voyages, the loss of loved ones on the way, and especially life when they reached Nova Scotia, obviously applies to all the many Scots who ventured forth.

Spiralling (the helix) from these few brave souls are Marshall's ancestors, who married into the Tupper family settled in Massachusetts, before joining gold rushes to Australia and New Zealand.

Indeed, Samuel Tupper McLeod is buried in a Dunedin cemetery.

Rich in detail and fascinating reading for anyone of Scots descent. - Ian Williams 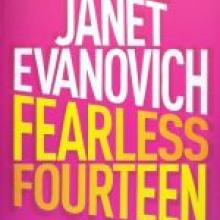 As usual in these stories, the characters are outrageously larger than life and the situations they encounter bizarre, to say the least.

In this one Stephanie has to find the proceeds of a bank robbery before a hostage is killed, but this is the least of her worries.

If you enjoy farce heaped upon farce, this story will make an enjoyable read for a wet weekend and leave you smiling. - Helen Adams 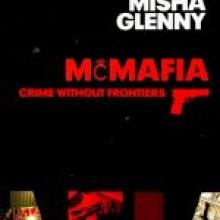 A sleepy hollow like New Zealand sees little international crime and, consequently, knows little about it, a deficiency redeemed by Misha Glenny with McMafia, a copious review of "crime without frontiers" (The Bodley Head, paperback, $40).

His thesis is that the coincidence of the fall of communism, increasing globalisation of commerce and the growth of the Internet combined to offer crooks an opportunity to indulge in volume crime on the scale of burger chains.

Glenny, a BBC correspondent often heard on Radio New Zealand bulletins, illustrates this with interesting anecdotes and in-depth analysis but, Nigerian scammers apart, the world he describes resembles something out of a Hollywood James Bond movie, far removed from our doorstep. - Geoffrey Vine