On February 20, 1938, London's Sunday Pictorial featured the report of a poltergeist terrorising an ordinary, working-class Croydon family. Part of a series on the supernatural, the story included testimony from the householders, Alma and Les Fielding, their lodger George and reporters, all of whom witnessed various household items - coal, eggs, glasses and teacups - flying through the air as if propelled by an invisible force. 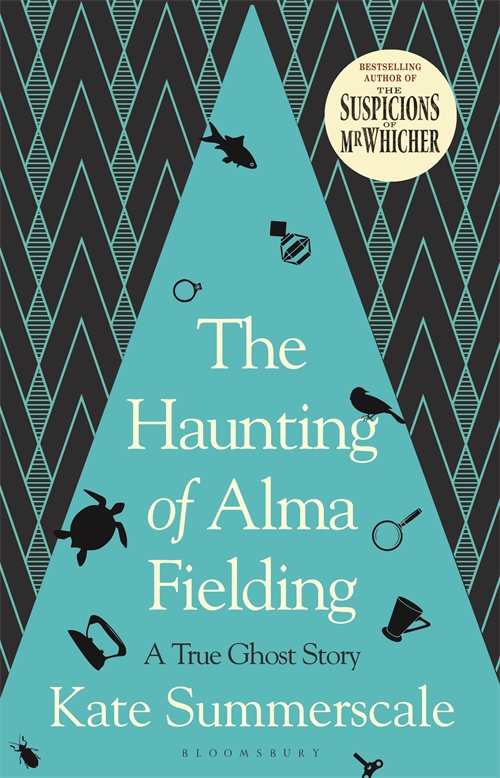 That article piqued the interest of journalist Nandor Fodor, chief ghost hunter at the International Institute for Psychical Research (IIPR). Established in 1934, the institute took a scientific approach to the paranormal, and Fodor had spent four years travelling
the country investigating paranormal activities ranging from haunting to spirit photography. Although these investigations exposed numerous frauds and established the institute's scientific credentials, they left him profoundly disillusioned and offside with the wider spiritualist community.

Despite this, Fodor remained convinced that some people were capable of performing supernatural acts, possibly as the result of the energy generated by suppressed emotions and (sexual) desires. Seeing the Fieldings’ poltergeist - whose
activity seemed to be centred around Alma - as the perfect test case, Fodor and the IIPR studied Alma's abilities for four months, during which time she exhibited a broad range of psychic powers, ranging from apportation (making objects materialise from thin air) to spirit-channeling and astral projection.

More concerningly, her weight plummeted, mysterious wounds began appearing on her body and she reported being attacked by vampires and raped by an invisible incubus. Fodor eventually discovered that many of her manifestations were in fact hoaxes but refrained from publicly exposing her lest it compromise her already fragile mental health.

While some of her pretences were no doubt deliberate, he believed most were involuntary, carried out in a dissociative state that, alongside her manipulative behaviour, had its origins in childhood sexual abuse (a view that was endorsed by Freud, to whom he presented the case shortly before the great man's death).

Although Fodor's conclusions were so heretical they saw him fired from the IIRP, his book on Alma's ‘‘poltergeist psychosis’’  inspired Shirley Jackson's novel The Haunting of Hill House and he went on to a successful career as a psychoanalyst whose theories on traumatic memory are now widely accepted. But Alma's story also raises troubling questions about the interaction between the way individual and societal trauma manifest and are interpreted.

Drawing on both Fodor's published works and his own mis-archived notes, which she describes as ‘‘a historical record of the imagination’’, Summerscale situates the widespread belief in spiritualism during the 1920s and 30s in the context of the losses of World War 1 and the influenza pandemic on one hand and the prospect of a second world war on the other.

Given this background, it makes sense that Alma's psychological distress would manifest itself in psychical terms, just as in the moral panic of the 1980's America gave rise to a surge of reports of satanic ritual abuse (similarly characterised
by dissociative identity disorder and the ‘recovery' of suppressed memories). She also describes Fodor's own background, his misgivings about the case and the various ways he justified and/or minimised how his own actions endangered his patient.

She ends her account with a reminder that in cases of remembered trauma it may be impossible to determine whether what is recovered is an act of imagination, memory or both. No doubt these troubled times will generate realities of their own. It remains to be seen what ghost  will arise from their ashes.