One for fans of Tarantino-type violence

VENGEANCE IS MINE, ALL OTHERS PAY CASH
Eka Kurniawan
Text Publishing

Eka Kurniawan is the author of four novels as well as a number of short story collections. In 2016, he became the first Indonesian writer to be longlisted for the Man Booker Prize, for his first novel, Man Tiger. Overall, his works have been translated into more than 20 languages. 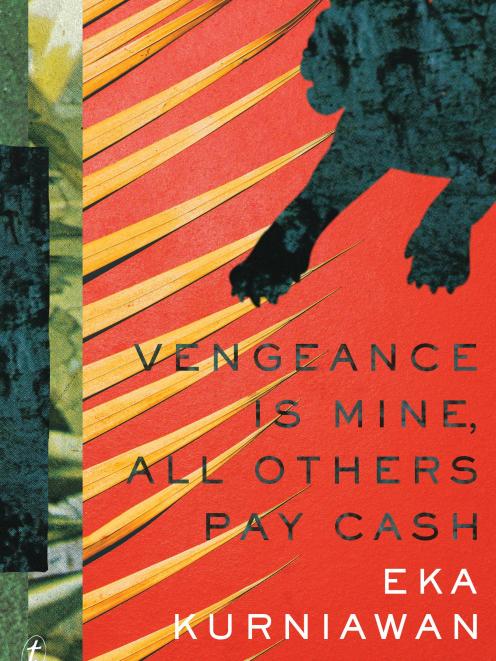 Most of his novels have so far been translated into English, and the second, Beauty is a Wound, was an epic adventure through centuries of Indonesian history. With vivid characters and fast-paced action which would work admirably as a dramatic film, Beauty is a Wound was a compelling if, at times, lengthy, magical realist stagger through time and place. His third novel, Vengeance is mine, all others pay cash , however, is disappointing in both narrative and themes.

First published in Indonesian in 2014, Vengeance is a manageable size at just on 200 pages. It centres around Javanese teenager Ajo Kawir who, in typical male teenage fashion, is intrigued by young women and the promises of all that might come with that. Alongside his like-minded friends, he keeps late hours and rather loose ways, smoking clove cigarettes, loitering, and working on honing his image as a cool dude. The reading material he most enjoys are comics that depict the tortures of hell, but he finds himself utterly unprepared for real life when it gets out of hand, taking its own downward turn.

Ajo Kawar has an ongoing and embarrassing physical condition, and as a distraction from this, he and his friend Gecko take to spying on a local woman as she goes about her daily routines. Like many of the characters, she has a history of abuse, and she is psychologically damaged. The ensuing violence against her, and her subsequent complete shame and degradation is probably meant to send a message to the reader about moral dysfunction. However, these scenes and further acts against women (and sometimes men) are described in such surface detail that they come across as devoid of empathy. They are confronting and tasteless.

Kurniawan has been hailed as a Tarantino-type figure and, while this work in particular looks to such a guide for depictions of violence and mayhem, it is unsatisfying. The characters are all stock figures, shallow and self-absorbed, or else victims. When the female characters do try to reclaim power by learning and practising self-defence they really just end up aping the (male) violence against which they are protesting.

While readership for Kurniawan’s latest novel-in-translation is unlikely to be far-reaching, the context in which it may be read is  as a young adult novel geared  for young males. For some, and those fans of Tarantino-type violence and action, they may find this a light-hearted romp in an ‘‘exotic’’ and unusual location. Kurniawan has proven himself to be capable of worthy fiction, and it is towards his earlier works, Man Tiger and Beauty is a Wound, that most readers would be better to turn.