Portrait of a young woman finding her purpose

In her latest YA novel, The Undercurrent, Paula Weston explores the notion of magical or supernatural powers.

At some point or other most of us have surely have dreamed of having magical or supernatural powers. Fewer, however, will have considered what trying to live with them in the "real'' world might be like, and it is this scenario that award-winning YA author Paula Weston explores in her new novel. 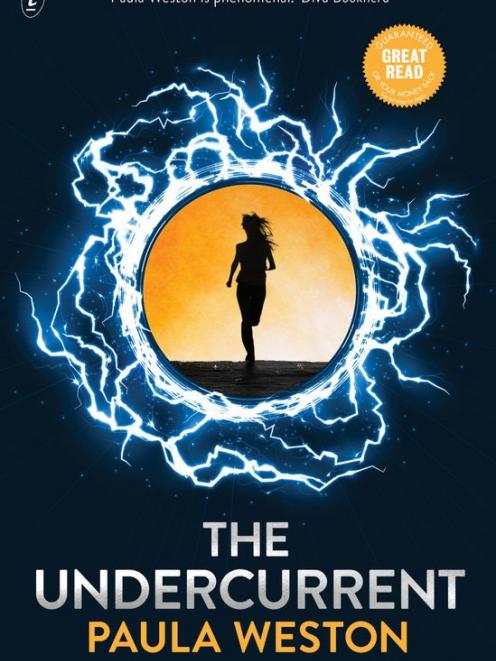 The Undercurrent has at its centre Julianne (Jules) De Marchi, whose cells generate so much electrical energy that she has to regularly "earth'' herself lest she accidentally set the house alight or electrocute somebody.

Her mother Angela, an investigative journalist, is convinced her peculiar biology is the fault of the Paxton Federation, a massive company dealing in the scientific evils de jour - genetic modification, military technology and nuclear power - whom she suspects of having used her late husband as an unwitting experimental subject while employed to protect their factories in the Middle East.

As a result Angie, who is also the founder of an environmental protest group known as the Agitators, spent years spearheading a very public crusade against the corporation, been only to be blackmailed into silence after Jules accidentally burned her high school to the ground. The story opens two years after these events, when the Agitators attack Pax Fed headquarters and a privatised military unit appears on the Angie's doorstep `requesting' her help to prevent further violence.

From here the story divides into two strands. One follows Angela as she reluctantly infiltrates the group she used to lead in an attempt to find out what their new leader is planning, while the other follows the developing relationship between Jules and Ryan, the young soldier who is assigned to protect her.

Jules is initially wary of his motives (or more exactly, those of his mysterious employer), while he has both seen and experienced her power first hand, but there is no denying the mutual attraction between them.

When the pair are sent to Ryan's family farm to lay low while Angela completes her mission, the pretence that Jules is his girlfriend soon becomes more than a cover-story and, after years of isolation, she catches a glimpse of what a 'normal' life could be like if she can only get her abilities under control. Then she learns that Ryan has reasons to hate Pax Fed as much as she does, and joins her mother in fighting back.

Setting the obvious metaphor of Jules power aside, The Undercurrent presents a compelling portrait of a young woman finding agency and purpose that will appeal to both an adolescent audience and older readers.

For me it provided the opportunity to slip back into the best (and worst) teenage memories, from the intensity of first love, to the passionate idealism that sees the world in black and white terms.

And although I was occasionally frustrated by the negative portrayal of science it presents, this minor irritation was more than compensated by being able to reclaim, if just for an instant, the belief we can still change things for the better.

In these troubled times, we need all the hope we can get.