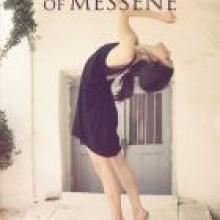 She became interested in the arrival of 300 Greek women into New Zealand in the early 1960s through a neighbour, and then visited Greece to further inform herself.

This has taken seven years, as the people were reluctant to speak of the ''civil war''.

Her persistence has provided a story that holds much interest.

Artemis, a daughter of one of those women, comes home in Wellington to find her mother has died, so she takes the journey back ''home'' to discover family history.

She is accompanied by her mother's recorded recollections and her memories of the Cretan girls' (the adults of her childhood) reminiscences.

Each of these and her own memories has a pivotal place to play in the unfolding of her understanding of her mother and the reasons for her move to the other side of the world.

Rainey-Smith uses crisp descriptions, punctuated by conversation and journal entries, to link the now with the then in a meaningful way.

Each link gives Artemis a stronger sense of the heritage she has not understood.

The significance of the tooth necklace, of her grandmother's final dance is slowly unfolded through her commentaries on the places she sees and the people she meets.

Finally, eager to email her brothers about her findings and trying to place her own relationship with a married man, she comes to understand the significance of the civil war in the lives of all those she now holds dear and becomes Artemis of the Wild Things.

• Willie Campbell is a Dunedin educator.