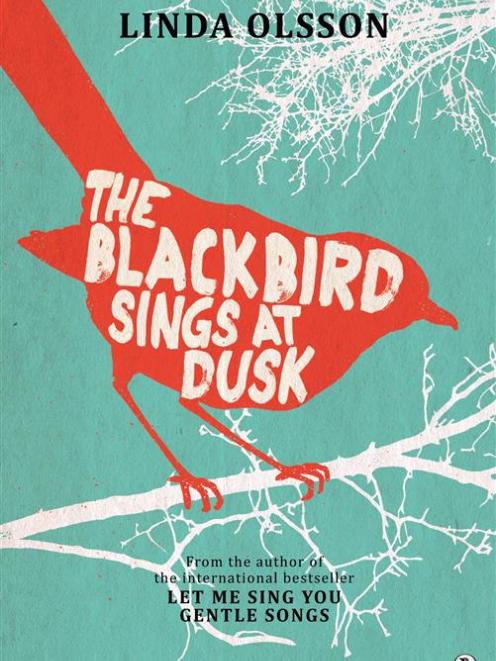 THE BLACKBIRD SINGS AT DUSK<br><b>Linda Olsson</b><br><i>Penguin Random House</i>
A woman hides in an apartment in Stockholm.

She has removed herself from all contact with the outside world.

The only human-like form she sees is a vision from her childhood, a "dumb and immobile presence'' she knows as the Woman in Green, who first appeared to her when she was an ill and feverish child, and who has reappeared because of the deep depression and silence with which she's surrounded.

Anyone familiar with Linda Olsson's work won't be surprised that this latest one begins in an atmosphere of darkness and despair.

She's a clever translator of the symptoms of desolation and mental illness.

But when I began the book, my heart sank a little at the thought of perhaps being subjected to a prolonged acquaintance with Elisabeth, the sad main character.

Relief came when Elias, a young man living in the same apartment building, tries to establish contact through a misdirected piece of mail and, reluctantly, she is drawn out of her home and isolation, not only by him, but with the support of his friend Otto, a kindly older man who lives upstairs.

Gradually, the three central characters establish a close bond, as they share their pasts and reveal their needs and secrets.

The mood of the novel reflects the seasons.

It's winter when Elisabeth moves into the apartment.

As spring approaches, her spirits have lifted and the friendships are beginning to blossom.

By the book's end, summer is also ending, but the friendships remain firm.

A chance to stay together in Otto's friend's summerhouse provides warmth and happiness, but a tiny whisper from the Woman in Green in the final pages leaves a sense of unease.

The book's beginning signals it will deal with themes common to the author: silence, loss, painful memories, love and the power of honest human connections.

At times, you find a small gem of description as, for instance, when Elisabeth looks at the view from her kitchen: "Grey skies, bare trees. A kind of illustrated stillness.''

Or during Otto's reflections on his rather cold marriage: "We just attached another day to the ones before, and called it life.''

Although the story is told simply and seems to tread well-worn territory, it's this ability to capture scenes and feelings in a few well-chosen words that kept me reading with interest until the book's somewhat ambiguous ending.