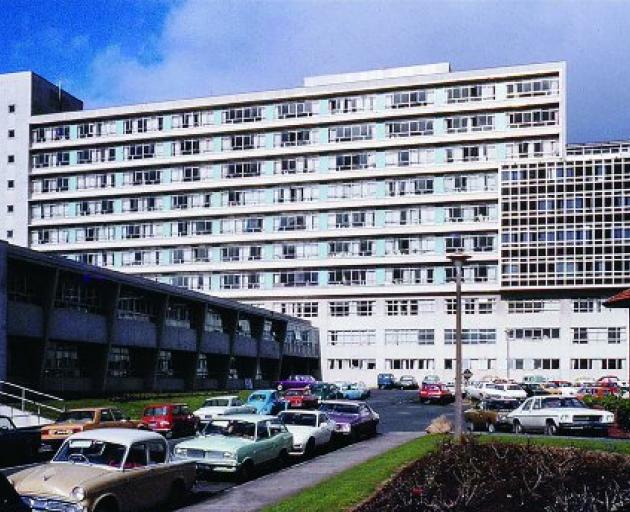 National Women's Hospital in Auckland circa the mid-1970s. Photo: supplied

Despite having read millions of words about Herbert Green's infamous study into carcinoma in-situ of the cervix, which ran from 1966-88 at National Women's Hospital, reviewer Elspeth McLean was shocked by the details in a new book by Ron Jones.

Ron Jones does not hold back in his account of events around the "unfortunate experiment'' at National Women's Hospital.

A few pages into the introduction he describes it as one of the "most serious unethical peacetime experiments of the 20th century''. 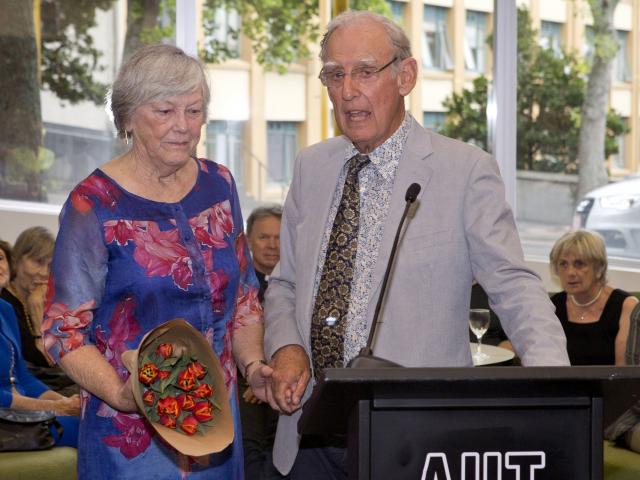 Clare Matheson, a survivor of the “Unfortunate Experiment”, with Dr Ron Jones at the launch of his book. Photo: supplied

Despite having already read millions of the words written about this experiment, which ran from 1966 until 1988, Doctors in Denial: The forgotten women in the 'Unfortunate Experiment' shocked me anew.

Although Jones is writing decades after the events, there is a powerful immediacy to his "story of claims and counterclaims, of truths and untruths, and finally, a story of two cancers - one physical, one moral''.

Jones, who completed his early medical training at the University of Otago, became a junior obstetrician and gynaecologist at National Women's seven years after South Otago-born Associate Prof Herbert Green began his infamous study into the natural history of carcinoma in-situ of the cervix (CIS).

Green, despite the almost universal international agreement among specialists that CIS was a precursor to cancer and should be removed, did not agree. He felt he could save women unnecessary surgery by not treating CIS. He began a study of women with the condition without their consent, observing them, often for years, without properly treating them.

Many women involved in this experiment developed cancer and some died.

In 1984 Jones co-authored a scientific paper with colleagues Dr Bill McIndoe and Dr Jock McLean detailing "the disastrous outcomes for some women from whom treatment was deliberately withheld''. 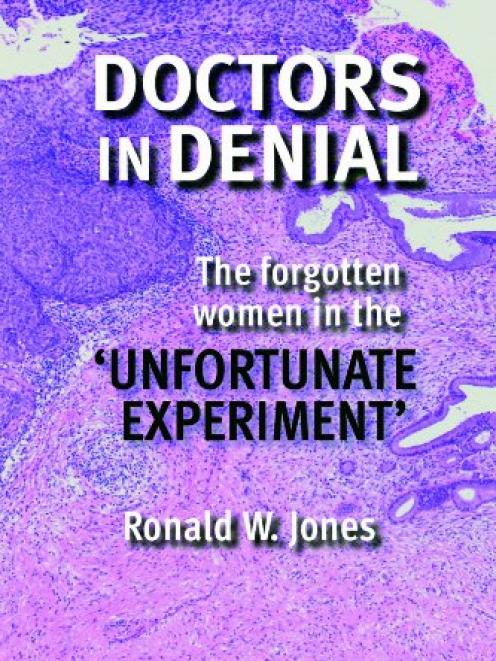 Compiling the paper was a laborious process in those pre-computer days, with the authors gathered around Jones' kitchen table in their limited spare time, plotting results with pencil on cardboard sheets and pieces of paper taped together.

Incredibly, there was no action because of the publication, even by Prof Dennis Bonham, "the man accountable for Green's research''.

"Power and intimidation breed cowardice; this failure of the senior medical men reflected their lack of courage to confront the truth. Our findings confirmed what they knew to be true.''

Tellingly, Jones observes Bonham and all the other gynaecologists were treating their CIS patients conventionally and not simply observing them as Green was.

Matters did not come to a head until after the "An unfortunate experiment at National Women's'' article in Metro by Sandra Coney and Phillida Bunkle was published in June 1987. (The term " unfortunate experiment'' was coined by cancer epidemiologist Prof David Skegg in correspondence in 1986. He would later appear as an expert witness in the 1987 ministerial inquiry led by Silvia Cartwright.)

Jones' portrayal of the era and use of vignettes is effective, including a description of Green in his early days using the operating theatre table to spay stray cats in the evenings, and the story of the cancer surgeon's wife collecting and delivering the radium for hospital treatments in her Morris Minor before taking her husband home for lunch.

The impact of Green's non-treatment hits home in Jones' telling of the harrowing, previously unpublished stories of two women from quite different backgrounds, "Phoebe'' and "Mabel'', who were part of the experiment. Photographs showing the progress of Phoebe's untreated vulval CIS are horrific.

Jones is unsparing in his criticism of those doctors who, "ignoring the suffering of many women'', embraced the "revisionism'' integral to Linda Bryder's controversial 2009 book, A History of the 'Unfortunate Experiment' at National Women's Hospital. Bryder contends there was no experiment; Cartwright got it wrong.

The "wilful blindness ... of some of the younger generation of doctors is inexcusable'', he says.

"These well-educated younger men and women cannot be forgiven for failing to understand the science, the ethics and the disastrous consequences for women involved in Green's experiment. Their failing is one of uncritical and misplaced loyalty to old teachers.''

This brave, insightful and compelling book deserves wide readership. It has already had an impact; since its recent publication the Royal Australian and New Zealand College of Obstetricians and Gynaecologists and the Auckland District Health Board have both issued public apologies to those affected by the experiment, albeit not without controversy.

Maybe this signals it is time for the revisionists to lick their wounds quietly and scuttle away.

The ODT has three copies of Doctors in Denial: The forgotten women in the ‘Unfortunate Experiment’, by Ron Jones, to give away courtesy of Otago University Press. For your chance to win a copy, email playtime@odt.co.nz with your name and postal address in the body of the email, and ‘‘Doctors in Denial’’ in the subject line, by 5pm on Tuesday, March 14.

Winners of last week’s giveaway, 4, 3, 2, 1, by Paul Auster, courtesy of Faber & Faber, were: Shannon Glennie, of Mosgiel, Robin Gauld, of Dunedin, and Francis Thompson, of Oamaru.