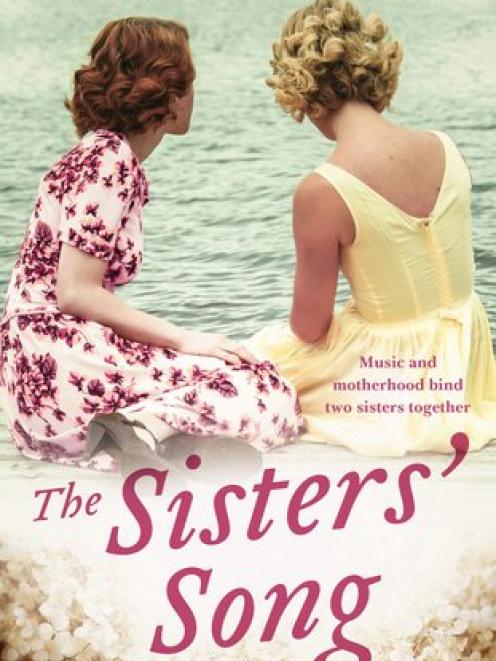 Many families look for patterns that repeat down through the generations.

We can wonder how and why certain things about our lives seem to recur and what has contributed to them.

In her debut novel, Louise Allan follows an Australian family for four generations and depicts some critical recurrent patterns.

There is always some musical talent, usually thwarted by life’s expectations and demands, there is the clear delineation of male and female roles and there is frustration, disappointment, resilience, serious depression and despair.

The story is told by Ida, the elder of two sisters.

Her memories begin in the 1920s and are of a father who sang in a foreign language, a mother who did not get on with her mother-in-law, and a younger sister Nora, who has talents she does not.

When Ida is 6, her father dies and her mother descends into depression.

Everything changes for the family.

At some point her mother is taken into an asylum and the girls go to live with grandma.

Grandma hugs, she plays the piano for sing-alongs, she sips sherry and talks of her father and his strict expectations of her that meant she had to surrender her singing career to respectable domesticity, and how that felt like being buried alive.

Ida is concerned with being good, as not being good seems to have disastrous consequences.

Eventually, their mother joins them and grandma persuades her to be with them for at least some part of the day.

Both girls just want their mother to love them again but she stays distant and cold.

Ida says it was not the easiest of childhoods, but among the bleakness there were moments of peace and kindness.

Grandma encourages Nora’s singing and musicality much against the wishes of their mother, who keeps reiterating the damage caused by getting ideas above your station.

So when, after gaining a scholarship to a music conservatory, Nora becomes pregnant, all fears are confirmed.

Mother arranges marriage to a local boy and Nora comes home into the required domesticity.

She is very unhappy and really never settles into the life.

Her husband, a hardworking man who aspires to make fine furniture, is prepared to live in some level of hardship at an isolated timber mill, but for Nora, three pregnancies and harsh conditions are just not negotiable.

Ida is the link between all the family members and despite her own disappointments stays supportive of them all, helped by a loving and tolerant husband.

The final sections of the story shows some level of resolution and acceptance.

Allan’s insights into a family’s patterns, particularly those that damage its members is present in sharp characterisation, Ida’s reflections and the vivid depiction of the context of both the time and the landscape.