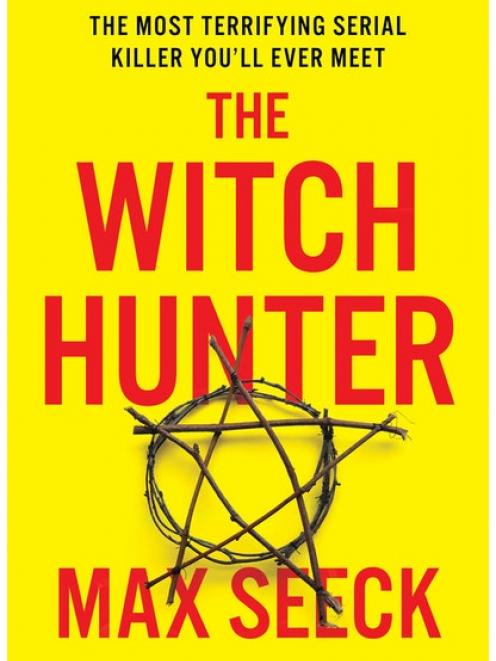 Detective Sergeant Jessica Niemi of the Helsinki Police is put in charge of the investigation of the brutal murder of Maria, the wife of a famous Finnish crime writer, Roger Koponen, who specialises in spicing his novels with the occult. The murder appears to be the result of a carefully planned ritual - the victim abducted, drugged, poisoned, dressed up and placed sitting at the table in her own house; her face fixed in a monstrous grin. This murder is soon followed by others.

Niemi is the protege of an Estonian-born detective, Chief Inspector Erne Mikson. Erne guides her through the complexity of this series of crimes, despite the fact that he is dying of lung cancer. He is grooming Niemi to take over his position and, Seeck indicates, she will then star as the heroine of a series of novels to follow.

The genre is police-procedure thriller, taking us moment by moment through the details of the crimes and the way the team of detectives work co-operatively towards arrests and resolution. However, the criminals drive the agenda, always a step ahead, seeming to lure the police inexorably towards the murders, leaving clues that appear to be related to a crime sequence in Koponen’s ‘‘Witch Hunt’’ trilogy. Only Niemi’s determination and intuitive brilliance eventually, but only just, save the day.

Niemi is a complex character. Seeck drip feeds her rich back story, including her tortured relationship in the past with an Italian violinist. She learns that brilliance can hide a disturbed personality, knowledge that will be of use to her in trying to understand
the criminal mind.

Less generously, it often seems that the Italian romance pops up regularly to slow the pace of the unfolding drama in Helsinki, frustrating the reader’s desire to keep the focus on Niemi and her team in the present. Niemi too leads a double life: on the one hand, an ordinary police detective living on her modest salary, but on the other a rich girl who has inherited a fortune from her now dead parents. She fronts living in a modest apartment but with a door into a luxurious annex, her police colleagues unaware of her immodest bank balance.

This is an exciting thriller, well written, plotted to keep the reader guessing and wanting to read on despite the horror and madness. We warm to Niemi and her vulnerable team, but the witchery is so unbelievable, the criminals so one-dimensional, that the novel fails to rise beyond heart-stopping, mind-shocking entertainment. Finnish noir in the style of Dan Brown’s Da Vinci Code.