Chuck, Gabe and me 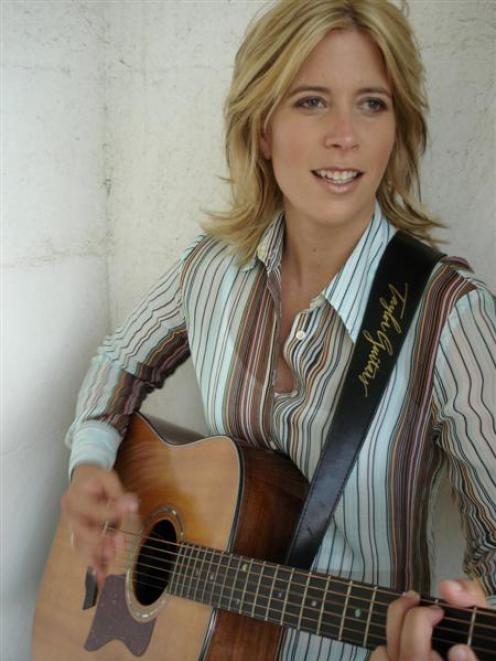 Listening to Monique Rhodes talk about her life from her home in the south of France was proving tough.

The former Dunedin woman was describing her stunning view of the French countryside and how much she was enjoying living and making music there.

Enough to invoke unreasonable, and frankly uncharitable, levels of envy; and she hadn't even got to the bit about touring Europe with a rock'n'roll god or playing to the world's most famous religious exile.

Admittedly Rhode's situation, while undoubtedly lucky, has been achieved less through luck than determination, hard graft and talent.

Long years spent learning the classical violin, which she first picked up at the age of five, and, until recently, a busy life juggling careers in both marketing and music, have stood the musician in good stead both musically and professionally.

Currently on tour with Shona Laing in New Zealand, the 36-year-old singer-songwriter - whose powerful guitar ballads have been compared to Sarah McLachlan and Sheryl Crow - organised the entire tour from France herself; and fittingly, given where she's living these days, most of the dates are in wineries.

Having left Dunedin in the mid-'90s to pursue her music career in Auckland, the former Kavanagh College student spent four years teaching music and organising singer-songwriter evenings there before crossing the ditch in 1998.

"I wanted a change from New Zealand," she said, adding that Sydney was the right place to "make an album and take it into the world".

While working as a marketing manager for a jet-boat operator - and winning an Australian tourism award along the way - Rhodes continued to play gigs in and around the city and recorded her debut album, Awakening.

After seven years in Sydney she came to the conclusion that "Australians have a particular thing they are into" and her musical style "didn't fit the bill".

So, following a visit to friends in the south of France three years ago, she decided to up sticks and move to Lodeve, a village 60km from Montpellier.

Her adopted home's sedate surrounds were somewhere, she explained, "I could live a lifestyle more conducive to music" than was possible amid the bustle of Sydney.

Its location, close to Montpellier - which, with its comparable size and large student population was a lot like Dunedin - and also its airport meant the rest of Europe was on her doorstep.

Despite returning to New Zealand for four to five months for the past couple of years to tour, Rhodes had no doubt that, as far as her music went, Europe was where it was at.

It was hard to argue.

Since her move she had headlined a festival in Greece, recorded with Peter Gabriel's band, and toured with Chuck Berry, whom she described diplomatically "as quite a unique character".

Her first impression of the rock'n'roll godfather was watching the 82-year-old roughing up a French camera crew as she came off stage at the end of her first set.

"They just wanted to ask him a few questions . . . and all I can see is Chuck Berry pushing these cameramen into this wall."

Chuck, it seemed, had decided that, despite his management's approval, he wasn't going to be filmed going on stage.

Fortunately, Rhodes had two tours with him to "get used to things like that happening".

Other recent standout gigs had included playing to another couple of international headline regulars, the Dalai Lama and supermodel-turned-French first lady Carla Bruni-Sarkozy, at the opening of a Buddhist centre close to Lodeve; and getting Alan Duff up on stage to play traditional Maori songs with her at a writers' festival near Toulouse.

"I'm loving being able to take myself as a New Zealander into the world, and doing my thing," Rhodes said.

Indeed, one of the signatures of her act was opening with the New Zealand national anthem sung in Maori.

"It's the way I call my home to me in this foreign country," and it was something, she believed, that was warmly received by her audiences.

"People always want to talk to me after the show about New Zealand," she said.

"And the people in the south of France are mad about the All Blacks."

It was no surprise then that Rhodes was affectionately known as "The All Black" in her village.

Back in New Zealand, Jim Mora recently described her on National Radio as "extraordinarily gifted", and on the same show Shona Laing sang her praises.

The acclamations may have been grand, but the musician's ambitions remain firmly planted in the ground - that people continued to listen to and enjoy her music.

Going by Jim Mora's reaction to the live rendition of her new song, The River, achieving this shouldn't prove too much of a problem.

Jeff Kavanagh is a former Dunedin man, now based in Europe.