On the floor: The girls are back in town 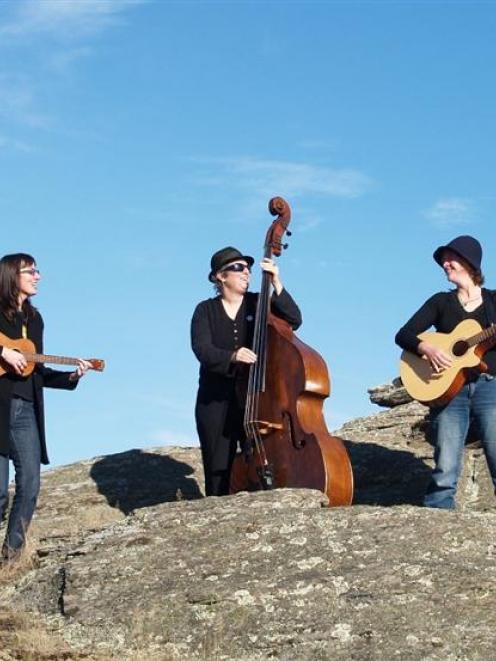 Delgirl.
After a period of regular gigging around Dunedin, Delgirl has been a bit quiet lately.

This is about to change, as the trio is playing tonight at Chicks, in Port Chalmers, and has recently been doing a bit of recording.

"We've just been down at Sweetway Studio in the Owaka Valley recording our next album. Ross is mixing it as we speak - very exciting. We're pretty happy with how it was sounding when we left."

The band's recent nationwide tour was lengthy, but both women say they enjoyed the experience.

"The tour was brilliant. Twenty-nine gigs from Invercargill to Whangarei and lots of places in between. We finished in February this year after a wee break with the last three gigs for the West Coast.

We met so many great people and, you know, the whole country is just so beautiful to tour around. It was weird being in places where you know nobody and yet people have your album to sign or are singing the words to your songs - just amazing.

A lady in a car at the lights in Whangarei wound down her window and said 'Are you the band from TV... ' Hilarious! It was hard work, but really fantastic, a great experience."

People across the Tasman could be the next to say "Gidday" to Delgirl.

"We're hoping to visit Australia next year, would love to tour Cuba and the US, Brittany and Ireland ... might just try over the ditch first though, before we go intercontinental."

Touring bands can return with loads of dodgy stories, but that's not for Delgirl.

"Having never been an 18- to 20-year-old male or in a metal band, we have no idea. We missed our families and loved ones, but totally loved playing music nearly every day, drinking fine ales and wine, eating great food, zipping around the country. We try to take care of ourselves, but it's hard with so many late nights, early starts and travelling, no matter how old you are, or what gender or genre."

The band is also looking forward to seeing other bands on the bill tonight.

"We are really thrilled that Marcus Tuwairua is performing on the night - he is in the Tomato Plants and was in [the band] Kakiroa. Marcus has one of the most beautiful voices I've ever heard and his songwriting is stunning - it'll be a brilliant night."