King’s High School pupils Zed Ramsay (left) and Daniel Honey (both 16) act in a fight scene from Shakespeare’s Romeo and Juliet, which they will perform at the national University of Otago Sheilah Winn Shakespeare Festival in Wellington next month. They are surrounded by (from left) Chris Klemetson (15), Cullan Rolton (16), Zac Bell (17), John Warman (15), Casey Jowsey (15), James McKenzie (16) and Toby Dobson (16). PHOTO: CHRISTINE O’CONNOR
"Go wisely and slowly. Those who rush, stumble and fall."

King’s High School pupils are taking the line from Shakespeare’s Romeo and Juliet as inspiration as they prepare to perform a 15-minute scene from the Bard’s play at the national University of Otago Sheilah Winn Shakespeare Festival in Wellington next month.

"Learning the words is easy enough — anyone could do that.

"But really understanding the lines and understanding how you should deliver them and what they mean, is more difficult and takes time.

"We’ve taken time to learn the script and what it means. A lot of it is about crafting the scene and our characters, and seeing what our purpose is in the scene."

It was that extra level of preparation that would give them confidence, consistency and stability on stage, he said.

The festival, run by the Shakespeare Globe Centre New Zealand (SGCNZ), will be held in Wellington, from June 3 to 7.

They can be set in any time, place, ethnicity and attire, but they must be performed in Shakespeare’s words.

An outstanding five-minute and a 15-minute scene from each region will perform at the national festival and participate in workshops, tours and talks at the Michael Fowler Centre and other locations within the city.

King’s High School will be joined by Columba College, which will represent Otago in the five-minute pupil-directed category, performing a scene from Macbeth.

James Hargest College (Invercargill) will represent the Southland region in the 15-minute category, with various scenes from Othello.

Unusually, Kavanagh College, of Dunedin, will represent Southland in the five-minute pupil-directed category with a scene from The Taming of the Shrew.

A SGCNZ spokeswoman said schools could compete in regions outside of their own if the festival date clashed with other major school engagements.

The pupils stand to be selected for a week-long event run by SGCNZ later this year, from which a small group will be selected to visit the Globe Theatre in London, if the Covid-19 situation allows. 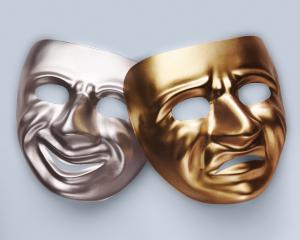 A war and a wedding 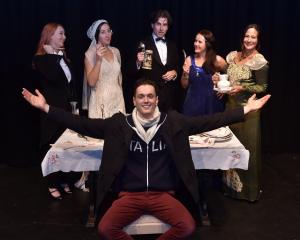