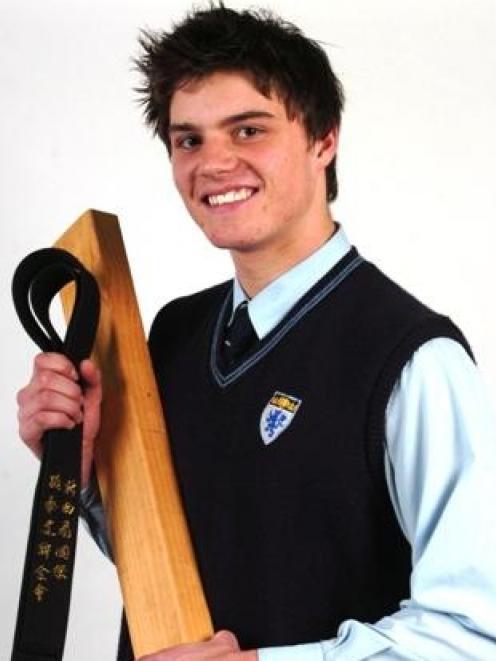 In 2005 Sam was making a name for himself in taekwondo by winning the ITF taekwondo sparring championship, placing second in the patterns championship, receiving the Dunedin taekwondo senior member of the year award and being selected for the Junior World ITF Taekwondo Camp.

However, a serious knee injury and subsequent reconstruction surgery closed the door on all sporting activity for a year.

Ever the optimist, he believes it opened many others.

He continued his academic achievement and expanded an interest in politics.

Sam says he is all the richer for his extracurricular activities, and now his injuries have healed, he has been able to achieve a black belt in taekwondo, a place in the school 1st XV and is captain of the Kings snowboarding team.

He continues in the martial art as the co-captain of the Dunedin taekwondo demonstration team and has established a taekwondo beginner's class at his Dunedin club.

Next year he plans to study at Victoria University.

Hopes for the future: To study architecture at Victoria University.