An eye on fashion's future 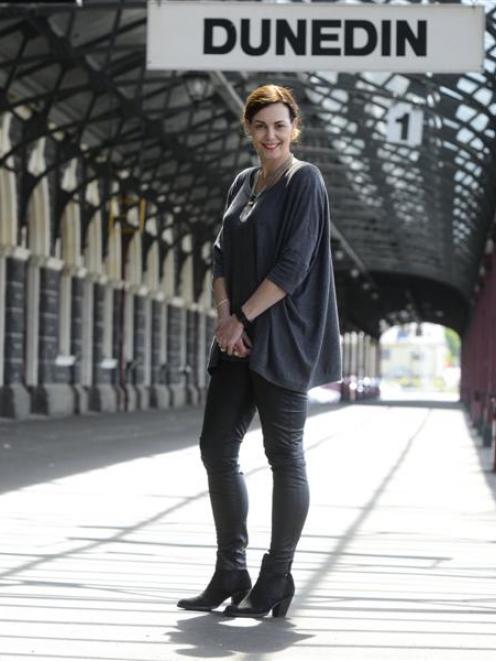 Selecting designers to enter their work in the 2013 iD Dunedin Fashion Show is just the job for Leonie Barlow, she says. Photo by Peter McIntosh.
Auckland fashion blogger Leonie Barlow was in Dunedin last week to select designers to participate in the 2013 iD Dunedin Fashion Show. Jude Hathaway caught up with the former magazine editor on her visit.

Earlier this year Leonie Barlow made the decision to walk away from the heady world of women's magazines to become a fashion blogger based in her North Shore home.

Before her life-changing move she held one of the most prestigious jobs within the New Zealand women's magazine industry. As editor of the New Zealand Australian Women's Weekly for the past four years the position was the pinnacle of a 20-year career that also included editorship of Fashion Quarterly, Cleo, SHE and New Idea.

This poised, elegant lady was well aware of the massive step she was taking by departing from the familiar world of magazines, the friends and the regular salary, to move into the relatively new and unknown domain of blogging.

"But," she says, as her smiles broadens, "I'd reached a stage where I'd be happy with baked beans on toast a couple of nights a week if that's what it took to have quality time with my family."

(She does maintain a connection with the print world as fashion writer for KiaOra, Air New Zealand's in-flight magazine).

Already an enthusiastic advocate for social media, fascinated by the power of its reach and, at a personal level, its effectiveness in maintaining communication with friends and family, Barlow made her move to the blogosphere. Her Style Insider site (www.styleinsider.co.nz) was born.

In so doing this dynamic veteran of fashion and beauty commentating is, in fact, continuing to do what she does best - providing fashion inspiration by mining her rich knowledge of the industry and its people.

"I've also had to get used to injecting my own personality into the stories. As a journalist used to writing about other people it's quite foreign."

The Barlow household is a male-dominated stronghold - with the exception of a recently acquired female rescued cat named River - comprising sons Guy (9), Jed (6) and her husband John "who saves the world". He is a fireman of 21 years' experience with the New Zealand Fire Service, with whom she fell in love on sight more than a decade ago. They married within 10 months of their meeting and have not looked back.

That meeting - a story in itself - reflects one of a series of milestones that have marked Barlow's life in New Zealand since her arrival in Auckland from Australia 18 years ago to help a friend set up a business.

Armed with a communications degree, her first foray into journalism here began as a general reporter on the community newspaper, the East and Bays Courier.

Soon after, when a general reporter's position on Woman's Day in Auckland became hers, the door opened on what would become a career in women's magazines.

"I'd always loved magazines from the time I was a child reading Dolly," she remarks.

After four years the yen to return home saw her transfer seamlessly to the Sydney offices of Woman's Day. A move to New Idea, Sydney, followed before her appointment as New Idea's editor in Auckland.

"It was a great opportunity. I decided I'd give myself 18 months in Auckland then go back to Sydney," Barlow explains.

But she never did return to Sydney permanently. She instead went back to the ACP magazine stable, editing Cleo, SHE (which closed two years ago) and Fashion Quarterly at a time of pooled resources and job straddling. She was in her early 30s.

The situation did not last, Barlow going on to spend seven years as editor of Fashion Quarterly until her move to the Australian Women's Weekly.

Today, four months on from her former life among the glossies, she is enjoying being home for Guy and Jed after school and having the time for other simple pleasures, such as preparing an evening meal for the three men in her life.

At the same time her new business ensures she attends a raft of regular fashion and beauty events and maintains close contact with the industry.

"I really believe that no matter where you are in your career, establishing and maintaining relationships is so very important."

Along the way Barlow has met her fair share of celebrities and high-flyers and one of her revealing comments came in her reply to the question of who she has been inspired by.

"There have been a number.

"None are big names. But these are people who live fascinating, full lives; they're among quiet achievers who really make a difference."

• Leonie Barlow, who attended the iD Dunedin Fashion Show in 2003 as Fashion Quarterly editor, is hoping to return for the 2013 event. Check out her blog at www.styleinsider.co.nz where she posted a story about her visit to Dunedin last week. 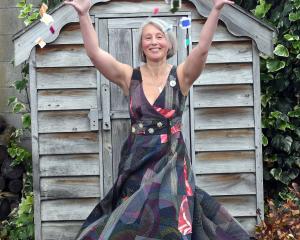 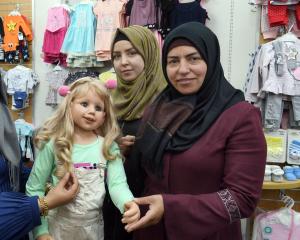 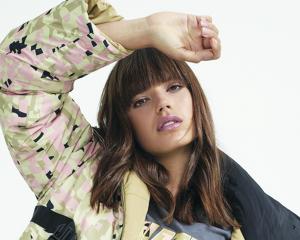 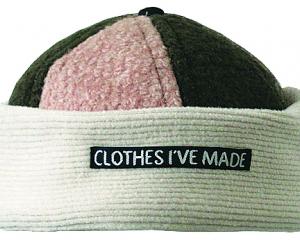 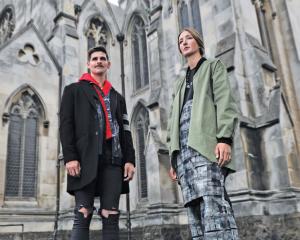