Architecture from all angles 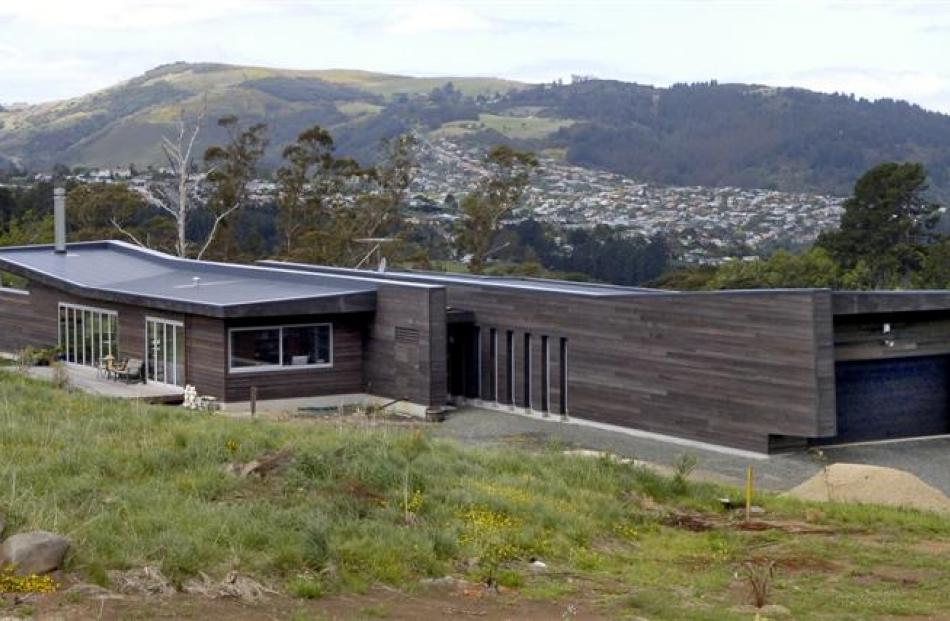 The Gillett house on the slopes of Flagstaff makes the most of the views, captures the sun and yet is private. 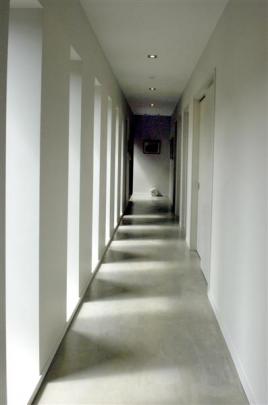 The recessed, cloister-like windows of the bedroom corridor capture the play of light and shade. 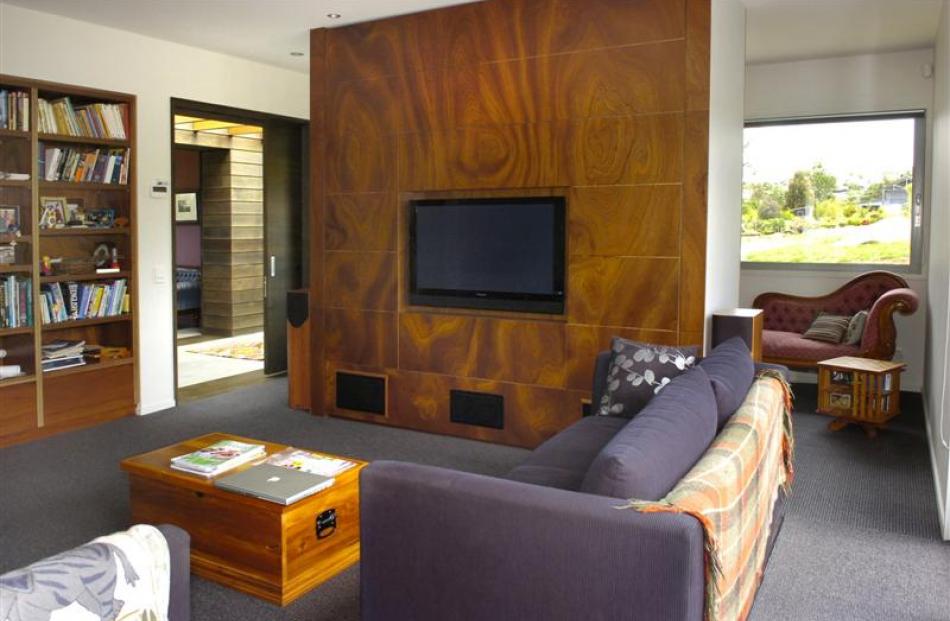 The cosy television room is divided from the office by a large storage unit housing the television and sound system. 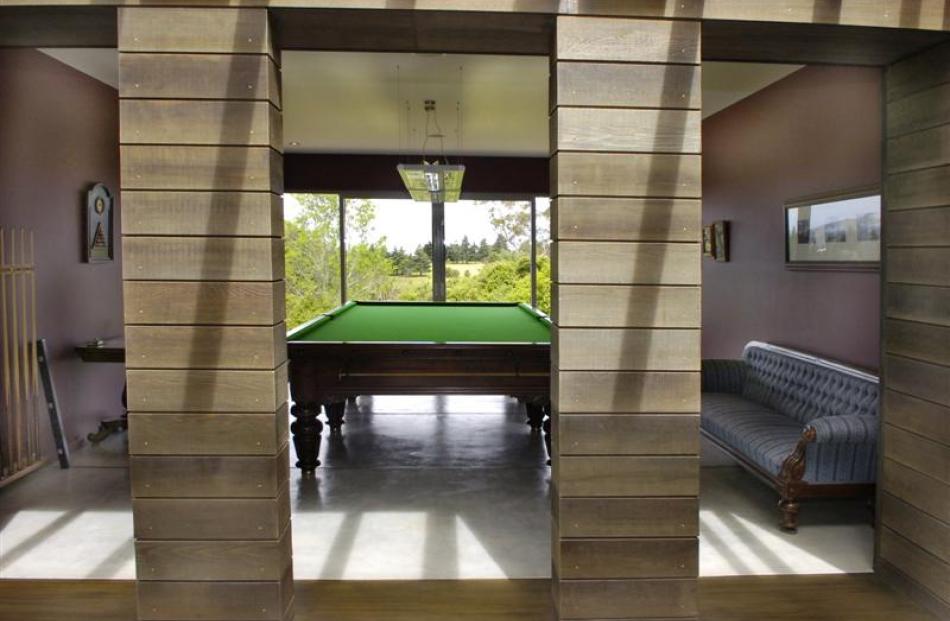 The billiards room is open to the corridor and overlooks the golf course. Photos by Jane Dawber.

Designing a house to make the most of the views to the south and east, and the sun to the north and west can take a lot of thought but the results can be most satisfying. Charmian Smith visits a house that makes the most of both.

From the moment his parents bought a section about five years ago, Simon Gillett, who had graduated as an architect a few years earlier, started designing a house for them.

The long gestation period and attention to detail have obviously paid off, for the house on the slopes of Flagstaff does everything his delighted parents, Wayne and Dianne Gillett, had hoped. They moved in about six months ago.

It was to be on a single level with several living spaces, including a billiards room and wine cellar, and to make the most of the views over the picturesque 12th hole of the Balmacewen golf course, Mt Cargill and the city, to capture the sun and yet still to have privacy.

"The main difficulty with the site was balancing the need for and maximising the sun to the north against making the most of the views of the golf course more to the southeast. On this site the sun and views almost oppose each other," Simon Gillett said by email from London where he works for architectural firm Rolfe Judd.

"How the sun moves across the sky and around the house also played a strong part in how the house is orientated on the site, to ensure areas such as the kitchen and outdoor barbecue area got the evening sun and the bedrooms, mainly in summer, receive the morning sun."

He achieved this by designing two separate pavilions, one containing bedrooms and the billiards room, wine cellar and garage, and the other the living spaces, including office, television room and main living room which includes the kitchen and dining areas.

A glass-roofed corridor with a concrete floor links the two pavilions.

When you walk in the front door you feel as if you are still outside, with the sky above, the floor-to-ceiling window at the far end and the exterior cedar cladding continuing inside.

The pavilions are off-set, so the main living room at the far end of the house has all-day sun and 180-degree views, and the master bedroom and its deck receive morning sun and views over Mt Cargill, the city and the golf course, of which Dr and Mrs Gillett are keen members.

One of the delights of the house is the changing play of light and shade throughout: the afternoon sun through the cloister-like recessed windows of the bedroom corridor; all day through the glass-roofed hall and the various windows; the reflections off the lacquered, acid-washed concrete floor in the hall; and the many vistas through doorways and windows, and past sculptural external wall extensions to the surrounding views and the garden, which is still being planted.

It is also a highly detailed house, from the copper nails and mitred corners of the external and internal cedar cladding, the incised detailing around window and door frames, to the layered, laminated ply bookshelves, the storage unit which divides the cosy television room from the office and houses the television and sound system that can be relayed throughout the house.

Building the house, which took 15 months, was not all plain sailing though because Mr Gillett has been working in London for the past five years and has not yet seen the finished house.

"Living in London and designing the house from my living room miles away had its problems - like not being able to pop over to the site to test out my ideas. It is also a bit frustrating when a simple meeting face-to-face can sort out a lot of problems. I guess the whole process is a bit slower, though in the end I think any project can be frustrating," he emailed.

Construction techniques in New Zealand are different from those he is used to working with in the UK, so he left it to the builder, John Oskam, and architectural designer Mike Sowman to sort out how the house was put together.

Frequent emails and photographs made it easier to keep in contact, although emails could be misinterpreted, he said.

Working on the house was a change from the 50 million project in central London he has been involved with for the past three years.

Designing a house for your parents or someone close to you could give you more freedom as they tended to trust you a bit more, but restraints could make you focus quickly on the important things, he said.

"Smaller projects are more satisfying in terms of the personal touch, though in simpler projects even designing a bathroom can take, in proportion, a lot more effort to get just right."

This is the first house Mr Gillett has undertaken by himself, and he enjoys designing spaces for people to live in and helping make their dreams come true. It was what he hoped to continue doing in the future, he said. 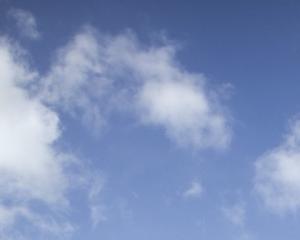 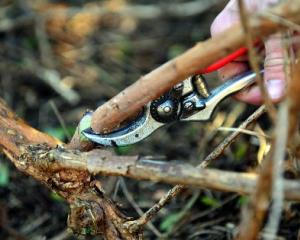 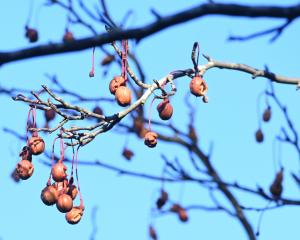