House at one with challenging terrain 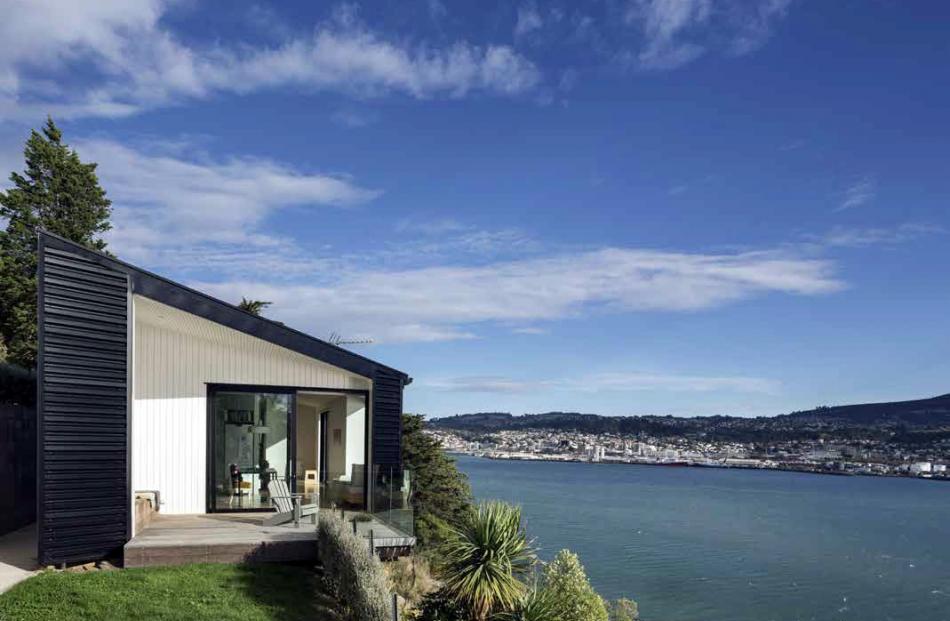 The Vauxhall House, perched on its site above Otago Harbour. Photos: supplied 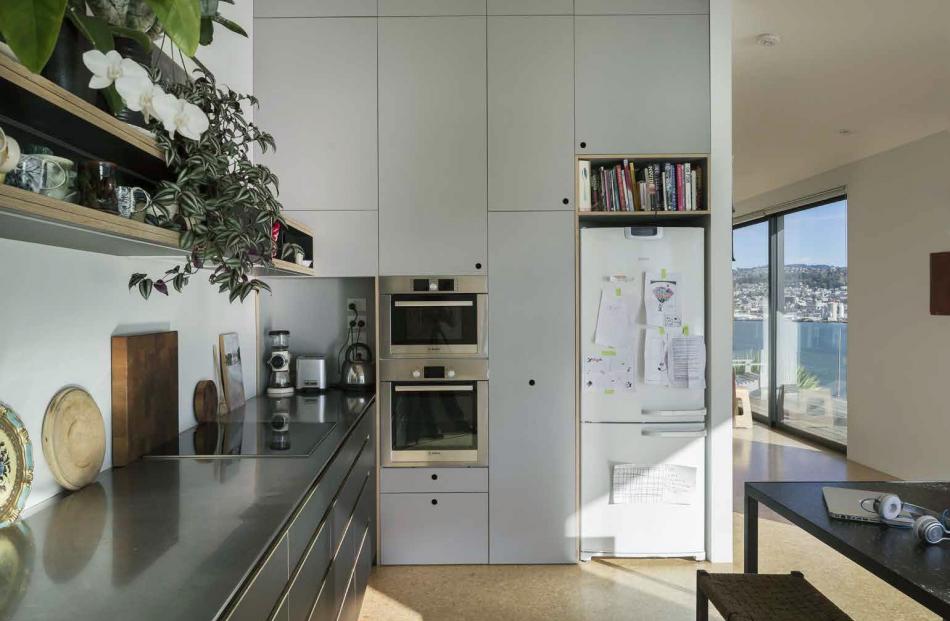 In the kitchen, with the deck on the right. 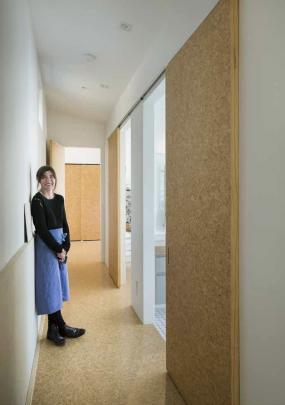 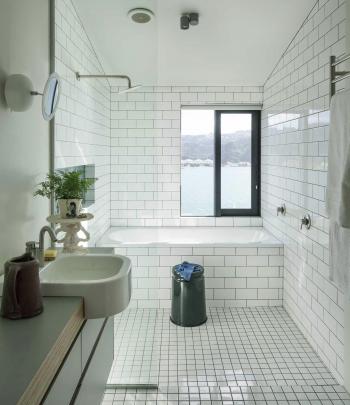 The following edited extract focuses on ‘‘Vauxhall House’’, owned by Amanda Shanley and Rhodes Donald, which featured in the Otago Daily Times last year.  Michael Findlay takes a look around.

The inner rim of the ancient Dunedin volcano is a setting dramatic enough to render any house almost insignificant, but Queenstown practice Kerr Ritchie's characteristically sure handling of challenging sites comes to the fore in this project. 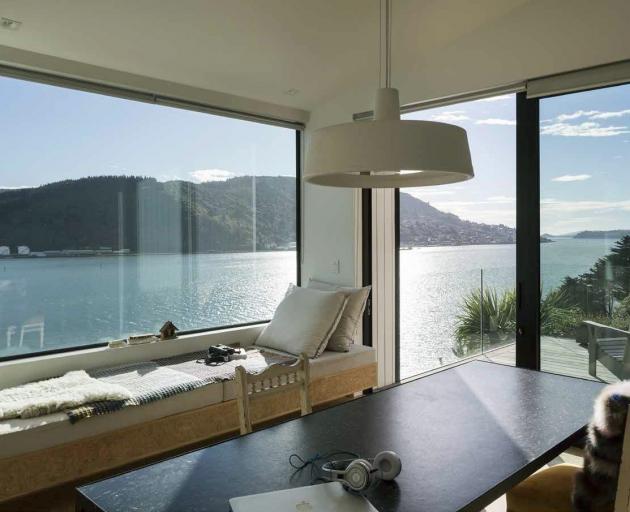 The stunning view from the dining room. Photo: supplied

Amanda Shanley and Rhodes Donald owned the long strip of land off Portobello Rd for 10 years before they built on it. In that time, they would make regular trips to plant native trees on the site and mull over its future.

The wicked switchback access road gave some clues as to how the terrain might be best used, and the house is shaped like a sliver of the underlying basalt rock that breaks off into regular geometric blocks when struck. Clad in dark grey ribbed steel turned around to accentuate the shard-edged pattern, and brought to a chamfered point on either end, the house is quite at home in its spectacular landscape.

Almost 160 years ago, one of the founders of the Otago settlement, the Presbyterian minister Thomas Burns, developed a farm on the steep slopes not far from the site of this house, and built a two-storey home out of the local basalt. The area's appeal now is much as it was then: close to town, but outside and overlooking it. Burns' diary records a constant struggle with the site and the elements. One day, for example, when a load of wooden shingles from Hobart was blown away and lost to the harbour, Burns took to his boat to recover the shingles that remained floating on the surface. The drama of the local setting can be almost too romantic. Those sunsets with pinkened clouds and sea mist seem to come straight out of a lurid Victorian landscape painting.

The Vauxhall House provides a calming retreat and uses its intimate scale to project a measure of reality back into a scene that might have occurred in too vivid a dream. The narrow ledge on which the house sits determined the long, one-room-wide plan. Entering halfway along from a sloping path cut into the rear of the site invites a touch of vertigo: the visitor is almost at eye-level with the Town Belt on the opposite side of the harbour and the city's heritage buildings are garlanded across the facing slopes. A long deck runs the length of the house, and being out there is like standing on scaffolding at a great height. Reassuringly, rock anchors pull the house tightly into the slope. Extensive geological testing found that the underlying structures were sound.

The relationship between the owners and architect Bronwen Kerr and landscape architect Pete Ritchie was easily struck. The conversation starting point was Kerr Ritchie's previous work with modestly scaled houses, particularly their own house on the shore of Lake Wakatipu. A brief discussion of requirements and budget was followed by three alternative concepts, including a plan that bound the house more closely to the site. This was left behind, and the arrow-straight version became even simpler as the design progressed. A raised clerestory over the entrance was lost, and the scheme expresses the pleasure of things done simply and well.

This quality suited the owners' approach to design. Amanda Shanley's studio-crafted ceramics do their work with simple white shapes defined by a few thin, coloured lines, and Rhodes Donald's financial career involves the careful marshalling of resources. The house can be seen as an extension of their work, and the life they share with daughter, Frances, whose room is at the heart of the plan, not stuck behind a three-car garage as in so many tragic misalignments of architectural purpose.

Bookcases divide the main rooms, and it is good to see these storage systems treated with the same sense of purpose as a kitchen bench or wall of cupboards. In keeping with the contemplative practice of reading, the house offers the choice of turning inwards or out towards the landscape. The TV screen is kept firmly in the background while the world goes about its business in real time outside. Various shelters are arranged along the deck so that the al fresco enjoyment of long summer evenings can be extended. Wind forces demanded especially thick glass, so the house feels quiet and strong in the face of the elements that can bring 150kmh gales from the south. The single pitch roof rises towards the back of the house and away from the view. This may seem counter-intuitive, but the move concentrates the experience of living in the house by balancing out the strong visual forces, rather like putting your fingers over your eyes while looking at a strong light.

It would be quite wrong to see this house as a showpiece. Its design is far more nuanced. Any evaluation of the house requires an appreciation of some things that have not been done - what house, for example, has only one bathroom these days? - and of the unforced simplicity of what has been achieved.

• Michael Findlay is a lecturer in the bachelor of architectural studies programme at Otago Polytechnic, an exhibition curator, communication designer and is undertaking doctoral study on the effect of travel on New Zealand architecture. 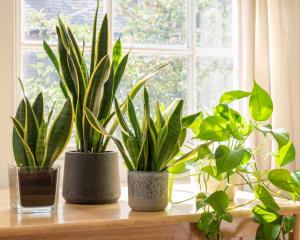 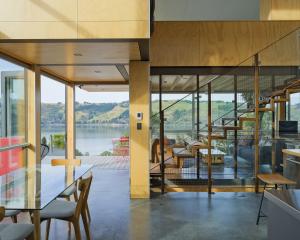 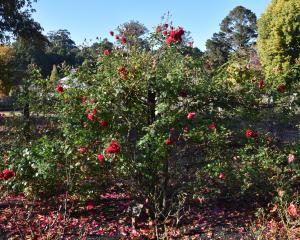 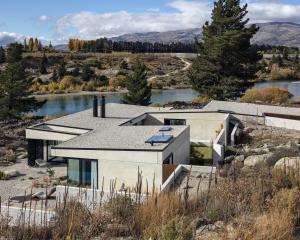 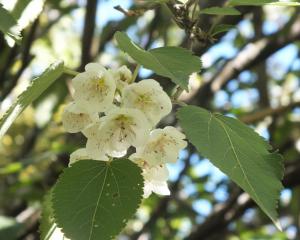 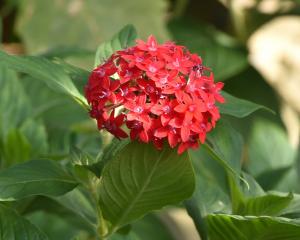 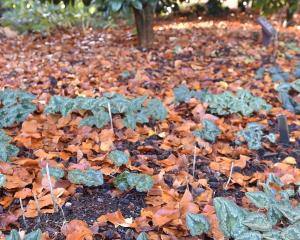 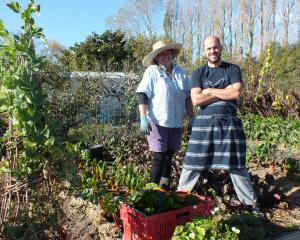