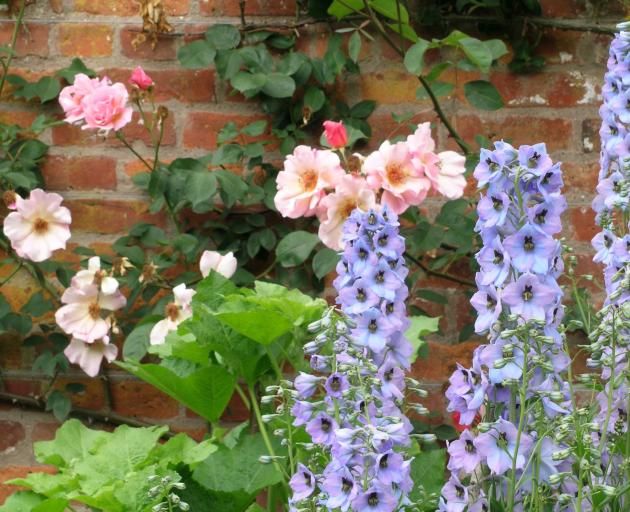 Climbing rose Lady Waterlow was named after a Californian-born socialite.
Gillian Vine wonders how roses got their names.

This is rose-buying time and one of the interesting byways to wander down when looking at what to purchase is how different varieties came by their names. 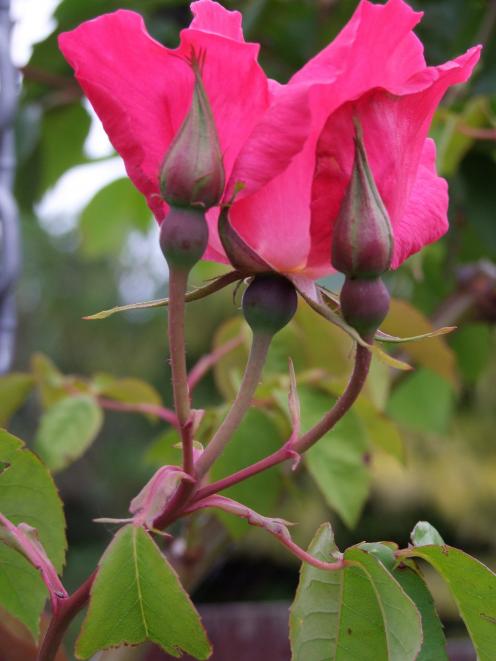 Nancy Hayward proved a safer choice when describing Alister Clark’s roses.
Those such as Wedding Day, Happy Anniversary and Diamond Jubilee may have marked special occasions in their breeders’ lives.

New this season is Truly Special, a charming gift by Tauranga rose breeder Rob Somerfield to his parents on the occasion of their 60th wedding anniversary.

The roses named after people intrigue me and on one occasion led to an embarrassing faux pas.

I was talking to a group about the roses of Australian breeder Alister Clark and described Lady Medallist as being named after one of his female friends. Afterwards, someone took me aside and quietly told me Lady Medallist was actually a race horse, Clark being a noted owner. Since then, I’ve been more careful, using Nancy Hayward — daughter of a Victorian premier — or Clark’s distant relation Lorraine Lee as examples in talking about the rosarian.

Women tend to dominate when it comes to rose names. 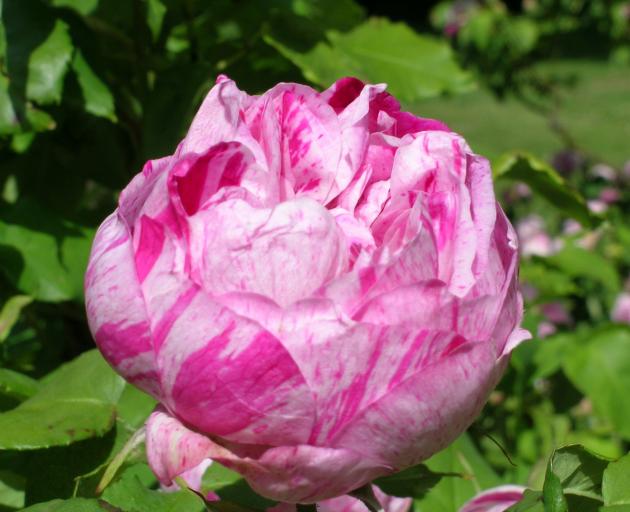 Honorine de Brabant is shrouded in mystery.
One of the first was the Duchess of Portland, a rose released in 1782. Great-grandmother of Queen Elizabeth 2, Margaret Duchess of Portland (1715-85) was England’s richest woman and an intellectual who gathered the largest natural history collection in the country.

One of her advisers was Daniel Solander, better known for his role as botanist on several of James Cook’s voyages, including his visit to New Zealand in 1769.

Her rose is dark red with a strong damask perfume.

To confuse matters, another rose called Duchess of Portland was released in 1901. Not red but pale yellow, it is a hybrid tea.

What is slightly surprising is the original Duchess of Portland is still grown in New Zealand, as are other elderly rosy ladies. 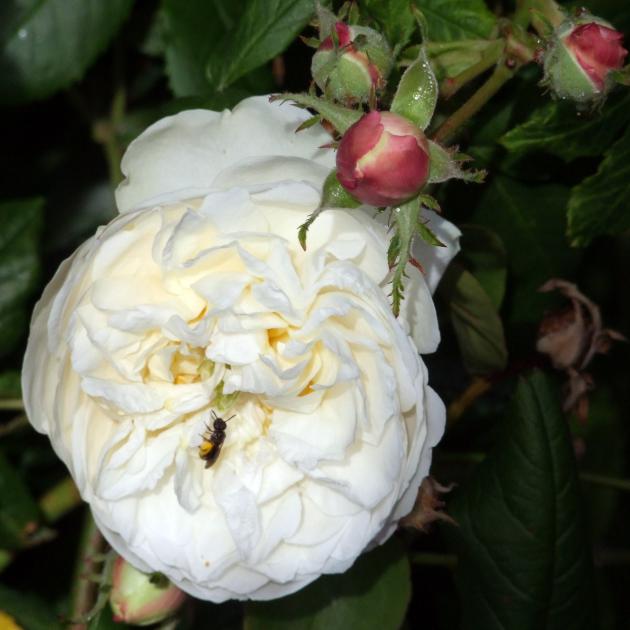 Jacques Plantier named his enduring white rose, bred in 1835, Madame Plantier in honour of his wife.
France, once the centre of rose breeding, produced a host of beauties during the 19th century, many of which made their way to New Zealand.

No prizes for recognising the name of cream Jeanne d’Arc (1815) or bright pink Empress Josephine (1853) but how about blush pink Duchesse d’Angouleme?

Bred before 1828, the name commemorates Princess Marie-Therese-Charlotte, daughter of French King Louis XVI and Marie Antoinette. She married her cousin, the Duke of Angouleme, was imprisoned during the French Revolution, then lived in exile in Austria. 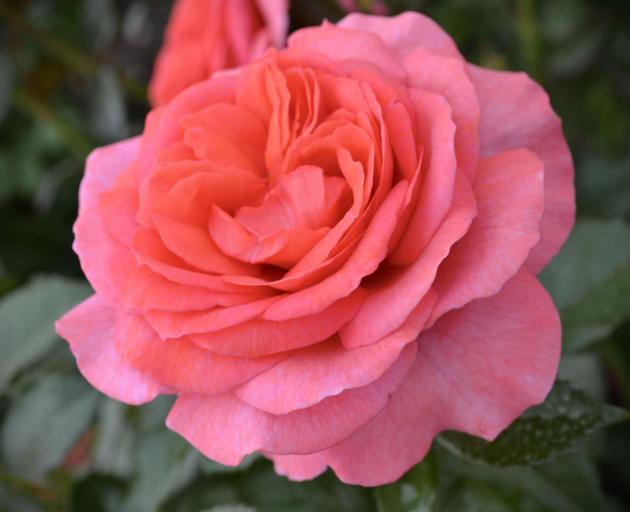 Tauranga rose breeder Rob Somerfield marked his parents’ 60th wedding anniversary with this rose, Truly Special.
A woman didn’t have to have a title to be recognised, as many breeders named roses after family members — just think of how many have Harkness, Dickson, McGredy or Austin in their names.

One of the loveliest tributes dates back to 1835 when Frenchman Jacques Plantier crossed an alba and a noisette to produce a white rose he named after his wife. Madame Plantier remains justly popular for her pompom blooms, which have a fine scent.

Another that survives is little pink polyantha, Cecile Brunner (1881), which French breeder named after the daughter of a Swiss rosarian, Ulrich Brunner. 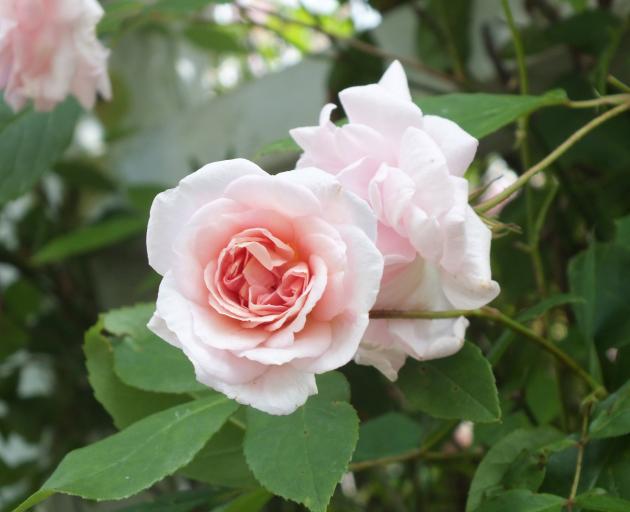 In 1894, rosarian’s daughter Cecile Brunner had this polyantha rose named after her. PHOTOS: GILLIAN VINE
Being wealthy seemed to help women get roses named after them, too. One that comes to mind is Lady Waterlow (1902), named for Californian society heiress Margaret Hamilton who married Sir Sydney Waterlow, Lord Mayor of London. One has to wonder whether the French breeder chose a climbing rose to reflect Lady Waterlow’s rise in status.

A lady I have failed to trace is Honorine de Brabant. The Bourbon rose, discovered in 1916, is one of the prettiest and mostly deliciously perfumed around but the origin of the name is a mystery.

Knowing the origin can add another level to a plant’s appeal so, when you choose new roses this winter, pause for a moment and think about the name.