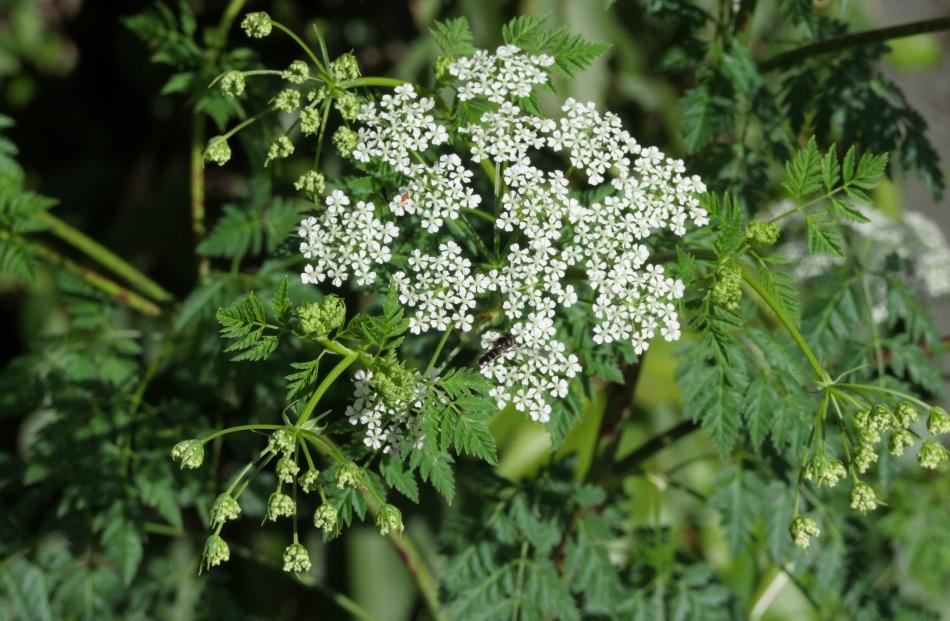 Although it looks like parsley, extremely toxic hemlock has nasty smell that sets it apart. 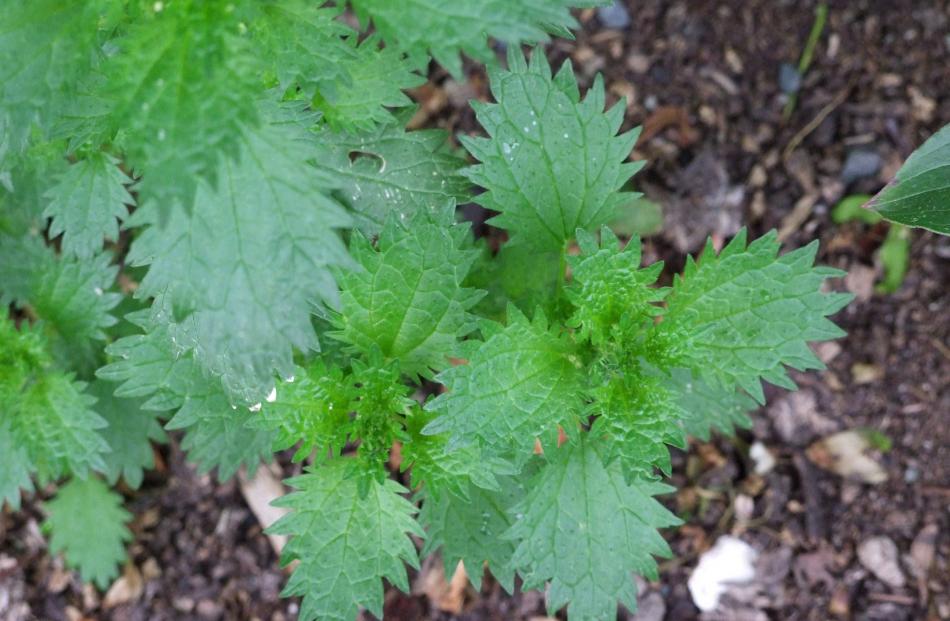 Like all nettles, the common weed has a sharp sting. 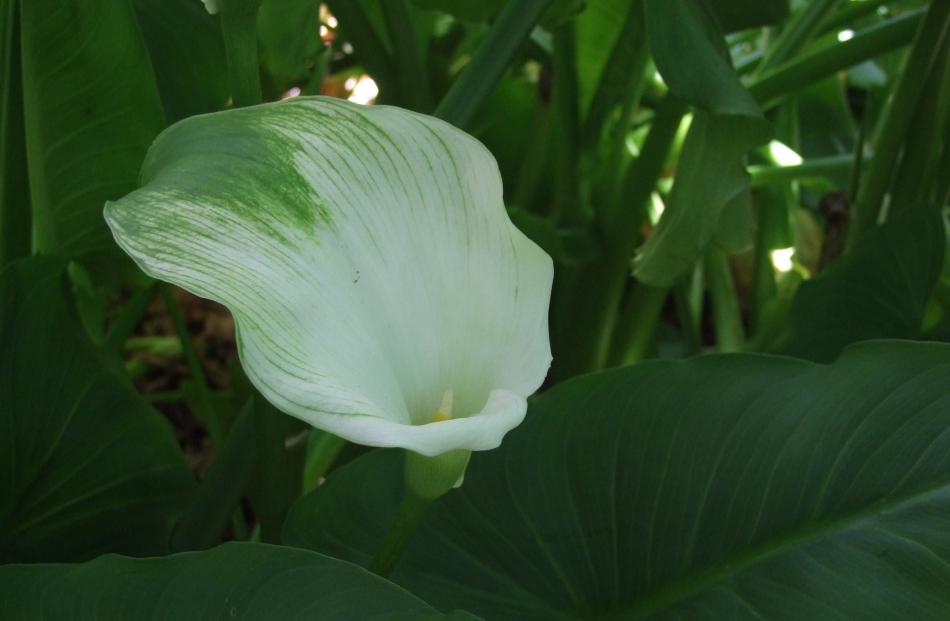 All parts of all arum lilies, among them Green Goddess (pictured), are toxic. 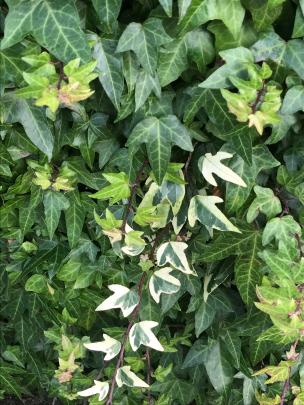 Handling ivy can cause a rash. 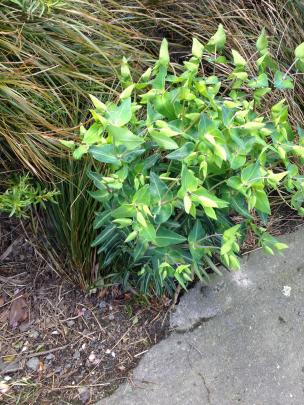 In the second of a three-part series on poisonous plants, Gillian Vine puts on her gardening gloves to deal with some of the nastier weeds.

There are numerous nasty weeds, some of which are toxic if eaten, while others cause rashes and blisters when they touch bare skin.

Not everyone reacts in the same way, some being more susceptible than others. For instance, ivy can provoke skin irritation when handled by some people, while other folk are immune. 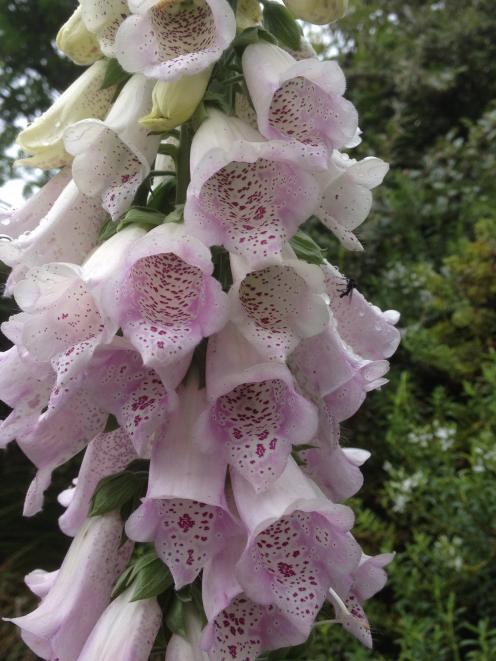 All parts of foxgloves, including the flowers, are poisonous. PHOTOS: GILLIAN VINE
Almost everyone is affected by nettles, which have a stinging or numbing effect when touched, sometimes leaving red marks. Most common in gardens is the introduced stinging nettle, whose "bite" is unpleasant, while the nastiest is native ongaonga (Urtica ferox).

Cleavers or sticky burr weed (Galium aparine) will leave scarlet lines on skin but fortunately most fade quickly. Like stinging nettle, this weed is edible and is claimed to purify the blood.

Weeds with white sap often cause irritation. The most common are the spurges (Euphorbia species). Don’t be fooled into believing caper spurge (E. lathyris) is harmless — it’s not and is no relation of edible capers.

The worst of the contact irritants, wild parsnip or giant hogweed (Heracleum mantegazzianum) is a lulu, for not only does the sap cause blisters and swelling, touching it can give rise to permanent sensitivity to sunlight (photodermatitis). Wild parsnip was introduced to New Zealand in the 1960s, apparently as an ornamental plant, and was definitely one we didn’t need. It is often seen on the sides of streams, as are two other poisonous plants, foxglove and buttercup.

Some weeds are eaten because they look like an edible relative, a reminder to clearly identify plants before eating them.

Carrot fern or hemlock (Conium maculatum) looks like parsley and its seeds resemble caraway but all parts of hemlock, including the dry stems, are toxic. The leaves have an unpleasant smell, which probably has prevented more people from eating it.

Most of the nightshades (Solanum species) are toxic. Sometimes the entire plant is poisonous, for instance bittersweet (S. dulcamara), apple of Sodom (S. linnaeanum) and woolly nightshade (S. mauritianum), but with others — notably poroporo (S. aviculare) and black nightshade (S. nigrum) — the green berries are poisonous but the ripe fruit is not. 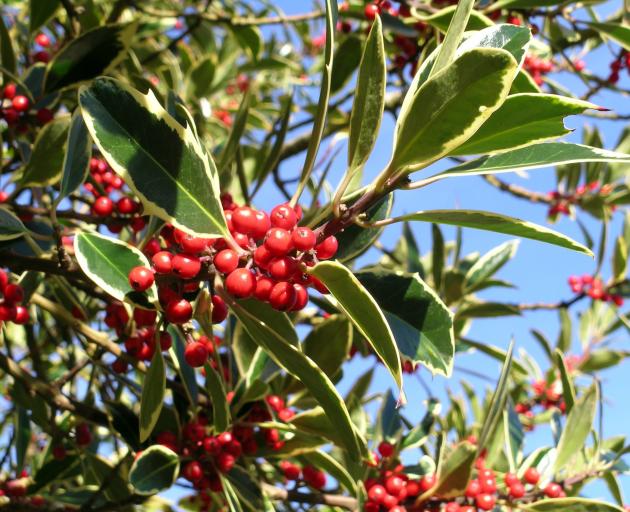 Holly berries are poisonous.
Arum lilies (Zantedeschia aethiopica) are now more likely seen in paddocks as garden escapees. However, the Italian arum (A. italicum) is still grown for its cream-marked leaves. Both are toxic to animals as well as humans and children may be attracted to arums’ upright stems of bright red berries, so any garden plants should be deadheaded as soon as they have flowered.

Once a floral art favourite, the bright orange berries of weedy stinking iris (I. foetidissima) go on show when the pods open. Aside from its toxicity, this iris is on the National Pest Plant Accord list and should not be grown or shared with other gardeners.

Shrubs and trees with noxious berries include cotoneaster, holly, privet, yew, ivy and Cestrum, of which there are several species. Popular garden shrubs since their introduction in 1958, cestrums are now classified as weeds. Berries may be black, white or red and — like every part of the plant — are poisonous.

The list of potentially harmful plants is a long one but they’ve been around for a long time and, with a bit of care, we will be too.

- Teach children not to eat any part of any plant on a dare. If anything tastes nasty or makes the lips or mouth sting, they should spit it out at once — never swallow it — and go immediately to tell an adult about it.

- Teach children the mantra, "If in doubt, spit it out." And don’t tell them off for reporting the problem: being confident about letting an adult know may save a life.

- If you suspect a child has eaten parts of a poisonous plant, contact the National Poisons Information Centre, which has a 24-hour hotline on 0800-764-766.