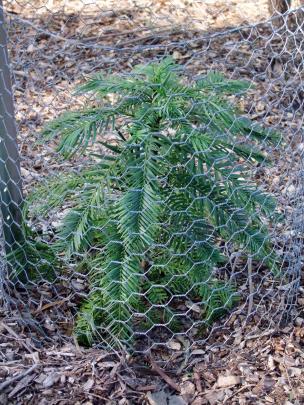 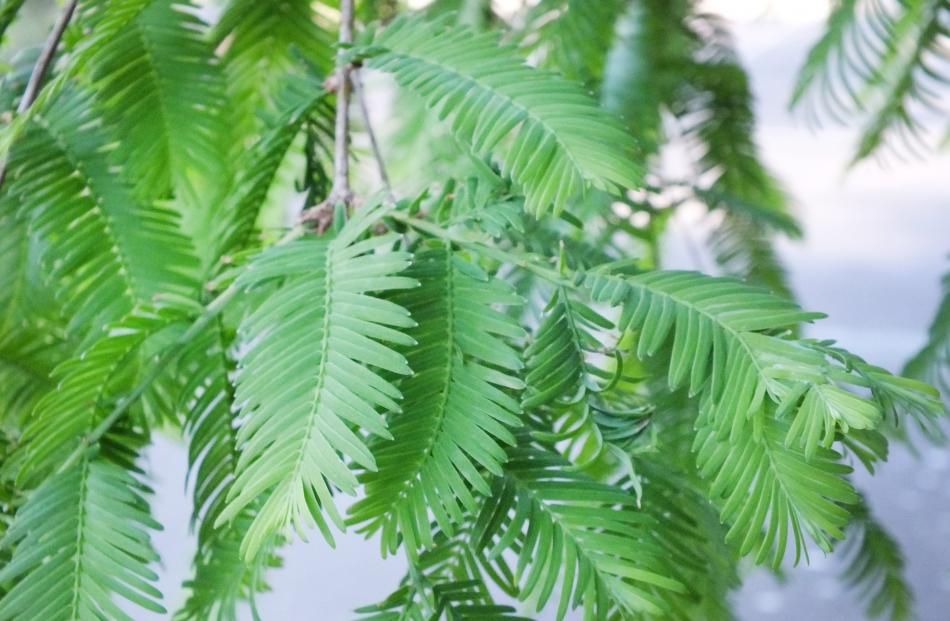 Dawn redwood's foliage is typical of most conifers... 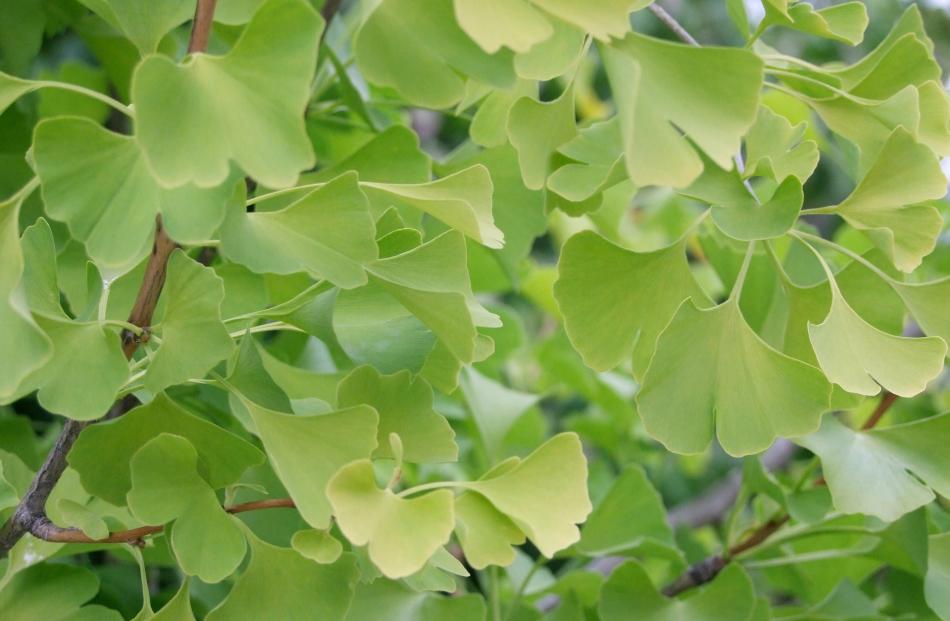 ... but the gingko is quite unlike it. 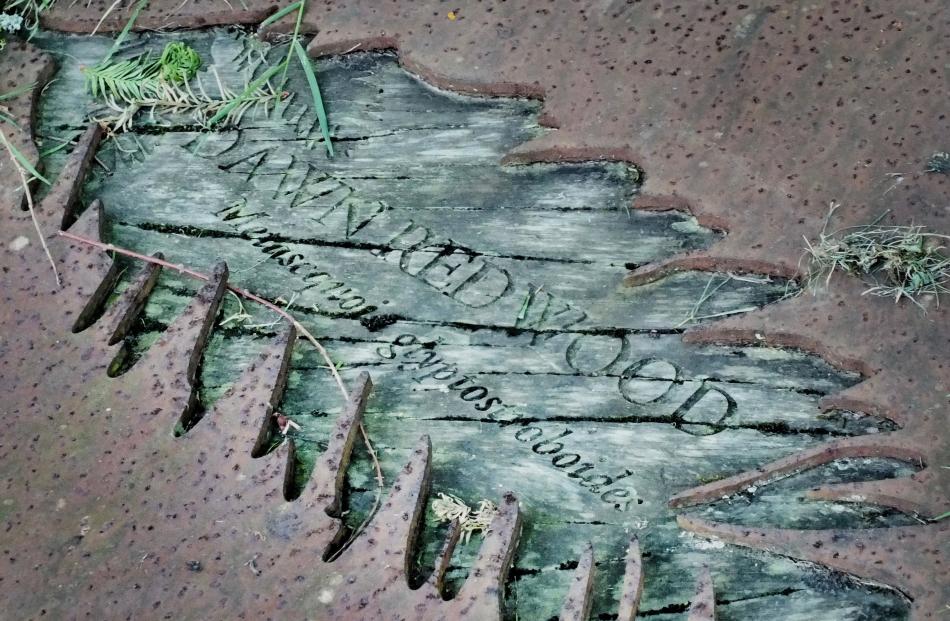 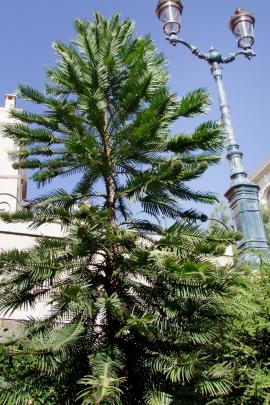 Wollemi pines have been distributed around the world. This one is in Monaco.

Gillian Vine marvels at three conifers that have survived for millions of years.

Paleobotanists spend their days looking at ancient plant remains, using long-extinct fossils to work out what grew on earth millions of years ago and to trace modern plants' heritage.

Every now and then, they make an extraordinary discovery as a trio of conifers demonstrates.

In 1941, Dr Shigeru Miki, of Kyoto University, found a new genus (plant family) while studying 136-million-year-old fossils from the cypress family. He named it Metasequoia ("sequoia-like"), as the leaves resembled those of the Californian redwood (Sequoia sempervirens).

Then, in the same year as Dr Miki's discovery, Chinese forester T. Kan found a large conifer in a shrine in a village in Szechuan-Hubei province. Subsequently, another Chinese forestry official collected samples from what was probably the same tree. No one knew what it was.

Nothing further happened until 1946 when Harvard-trained Chinese botanist Dr H.H. Hu sent a specimen of the Kan tree to the Arnold Arboretum, part of the Harvard complex. Dr Hu believed the plant to be Dr Miki's Metasequoia. The epithet "glyptostroboides" was added to indicate the new tree's resemblance to the Chinese swamp cypress, although it is now usually referred to as dawn redwood. 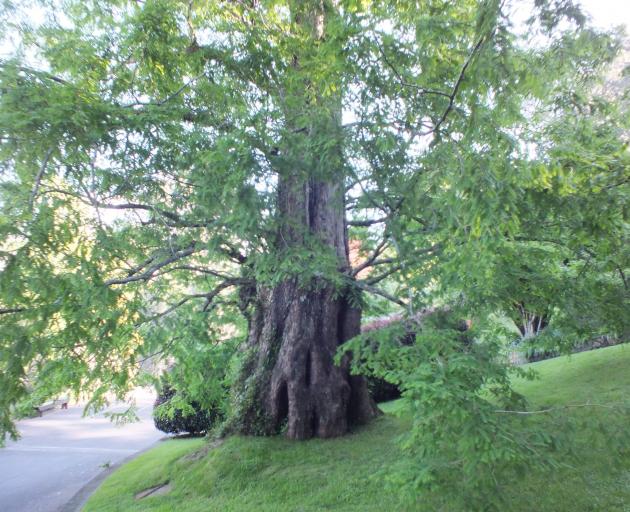 This dawn redwood (Metasequoia glyptostroboides) at Tupare, in Taranaki, is one of New Zealand's oldest. Photos: Gillian Vine
As soon as he saw Dr Hu's samples, the arboretum's director funded a Chinese seed-gathering expedition and in 1948, M. glyptostroboides seed arrived in the United States. The Arnold Arboretum obviously had an active PR department, as the US press trumpeted the tree as a living fossil.

Seed was distributed around the world, including to Hilliers Nurseries, in England, which began selling seedlings in 1949.

New Zealand did not miss out, as dawn redwoods were established from seeds sent from China.

The records of Eastwoodhill Arboretum, near Gisborne, note that a tree was planted in the winter of 1949. It was supplied by a NZ Forest Service Nursery in Bulls. Eastwoodhill then gave trees to two Taranaki gardens, Tupare and Pukeiti, and Auckland Domain.

One of the few deciduous conifers, M. glyptostroboides is a tall (35m) tree, whose delicate green foliage in spring is followed by dark green summer colour, then orange-red in autumn.

At Tupare, Russell and Elizabeth Matthews' extensive garden in New Plymouth, the dawn redwood was highly prized. Mr Matthews was away when the leaves turned brown in its first autumn and his wife, not realising the tree was deciduous, panicked as she thought it had died.

Male and female flowers appear on the same tree, the females eventually producing round, green cones. A large tree, dawn redwood is most suitable as a standalone specimen. 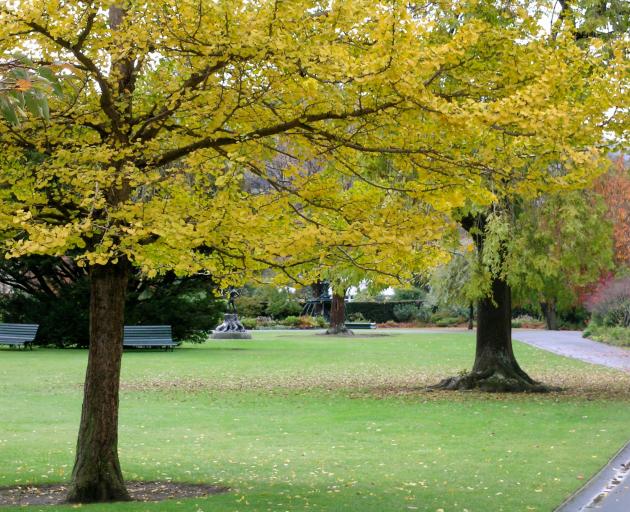 A gingko in autumn in the Dunedin Botanic Garden.
The second ancient conifer is Australia's wollemi pine (Wollemia nobilis). Actually not a pine, but a member of the same family as our kauri, wollemi-like fossils have been found in New Zealand.

There was huge excitement when it was found in the Blue Mountains of New South Wales by one of the happy accidents that delight historians. David Noble was a national parks officer and keen rock climber and in 1994 found a tree he didn't recognise. Hardly surprising, as the youngest known specimens were 2-million-year-old fossils from Tasmania.

Shortly after wollemi was found, the Australian government stepped in, giving the small group of trees legal protection and refusing to disclose their location. It also established a special nursery to propagate wollemi. As with the dawn redwood, the dispersal of wollemi throughout the world is of vital importance in ensuring the species' survival. This is underlined by the 2005 discovery of a virulent disease known as water mould in the wild population. NSW park staff believe unauthorised visitors introduced Phytophythora cinnamomi, the same disease causing kauri to die in this country.

The third conifer in the "living fossil" camp is the ginkgo (Ginkgo biloba), China's national tree. Like the dawn redwood and wollemi, ginkgo originated millions of years ago. It grows to 30m or more and is deciduous, the leaves glowing buttercup yellow in autumn.

Resembling little fans, ginkgo leaves are different from the needles of the dawn redwood, or any other conifer.

Long cultivated in China and Japan for food and medicinal purposes, ginkgo is sacred to Buddhists. Seed was taken to Europe from Nagasaki in 1691 by a German explorer and at least one tree grown from it survives in the Netherlands, in the botanical gardens in Utrecht.

Originally believed to be extinct in the wild, two groups have been found in eastern China. However, it is now thought the groves may have been planted and tended over the centuries by Buddhist monks.

These three conifers have wisely adapted to environmental changes over millennia and thanks to gardeners, continue to survive. 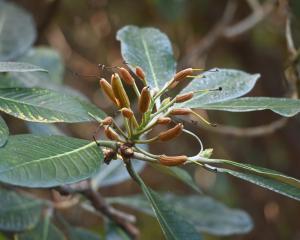