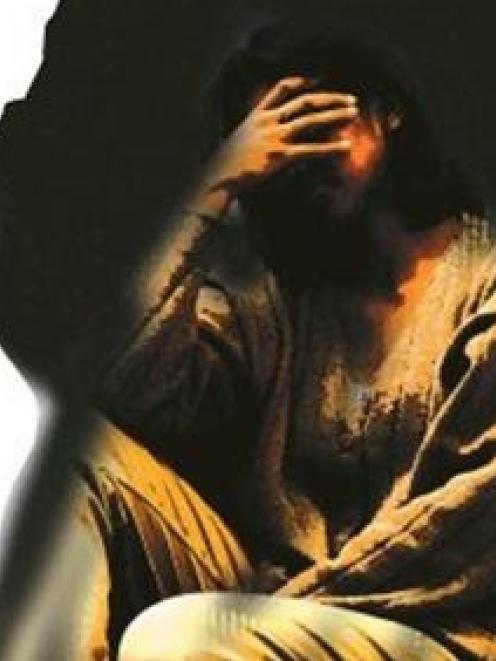 Mary felt a failure when diagnosed with postnatal depression but now enjoys her children. Image from Getty Images.
The help new mothers need when the black dog attends their birthing suite is being paid for by charity. Kim Dungey looks at a widespread problem struggling for recognition.

After having her first child, Mary would see mothers happily striding along the footpath with their children and know something was wrong.

But the shame of not coping with her experience of motherhood stopped her asking for help. What she did not know was that she was suffering from postnatal depression.

"You feel useless," she says.

"You should be happy, wonderful and capable and you can't even do the dishes in the morning because the thought of it makes you want to cry."

The Dunedin woman does not want her full name published because of the stigma surrounding postnatal depression.

But as Plunket plans a specialist service for depressed mothers in Dunedin, she does have a message for others about the debilitating illness.

"I'd like people to know that you have no control over it," she says.

"The best way to describe it is that the brain doesn't produce enough of the 'happy hormone'."

Mary suffered postnatal depression with each of her children, now aged 7 months, 2 and 6. But the first time it went undiagnosed, being blamed instead on a custody battle with her son's father.

That first baby had colic and reflux. Mary found herself screaming, crying, not wanting to be anywhere near him. She wished she could crawl under a rock and stay there.

When her daughter came along, the outlook seemed brighter.

But within a week of giving birth, her mood went downhill badly and this time, she could not let the baby out of her sight.

"I don't know that I was worried about anything happening to her," she says.

"There was no rational explanation for it. I just couldn't put her down."

For several weeks, she had no more than two hours' sleep a night.

For months, she dozed on the sofa at night with her restless daughter in her arms, while the baby's father - her new husband - slept in the bedroom alone.

Some days, she did not even want to get out of her pyjamas. One night, after Mary had been crying and screaming, her husband contacted her midwife. She thought Mary had postnatal depression and should see a doctor.

Agreeing to talk to her GP was hard because she had to admit she was not perfect, she says.

"You've got this new bundle of joy and should be over the moon, and sometimes you can't stand the sight of them."

Her husband and extended family were "wonderful" but it was difficult for them to understand that she could not just "snap out of it".

She also feared that if she told anyone how she was feeling, her children would be taken away and put in care. Although she never thought of harming herself or her children, she can see how easily it might happen.

"When the baby's crying gets inside your brain, even breathing is virtually impossible because you can't think."

After her diagnosis, Mary was given antidepressants. But when she became pregnant again, she weaned herself off them, wanting to get through the first trimester with no medication in her system.

In hindsight, it was probably not the best thing to do, she says.

"I went back to crying for no reason, biting everyone's head off, feeling agitated all the time. It was coming up to the 18-week ultrasound and I couldn't go. I had this irrational feeling that I'd look at the screen and not feel anything."

When she did reschedule the appointment, her fears proved unfounded.

The experience was "fascinating and wonderful".

She began taking Fluoxetine, a different antidepressant which did not make her drowsy like the first one had, and was back to her "normal, happy self" for the rest of the pregnancy.

Continuing on the medication until now means she has not had any problems since the birth, either.

Mary says many women do not want to take drugs while breast-feeding but if a mother cannot function, she cannot look after her baby.

"Frankly, I don't care if I have to take it for the rest of my life. I'd much rather take one pill in the morning and feel great than have nothing and struggle to get out of bed."

She also benefitted from seeing a mental health nurse at her doctor's surgery a couple of times a week or fortnight.

However, she was annoyed when others offered to help, then had something more important to do when she approached them.

Mary, now 30, says it has been a case of "plodding through" and she is only now in a "semi-organised state".

She tries to do household chores throughout the day but does not beat herself up if they do not get done. Before, she was physically exhausted and the housework would mount up until it seemed overwhelming.

"You blame yourself for not having the washing done, not having the dishes done, having a messy house, not being able to cook meals, having kids that cry - absolutely everything.

"You tell yourself you shouldn't be like this. You go around in circles and it's like a spiral."

Some might question why a woman with postnatal depression would want to become a mother again but Mary says children are "wonderful" and she did not want her son to be an only child.

"It's like childbirth. While it's happening, it's horrible but once it's over, you begin to forget very quickly how difficult it is."

Her advice to others suspecting they may have postnatal depression is to seek help as soon as possible, particularly since it can be up to six weeks before medications take full effect.

"Everyone gets the baby blues . . . but postnatal depression doesn't go away after two weeks. And if you've had it before, chances are you'll have it with a subsequent baby."

The most difficult step is asking for help because there is the fear of being ostracised, she adds.

"But there is light at the end of the tunnel and the sooner you get help, the sooner life gets back to the way it should be."