Extracting the most from life 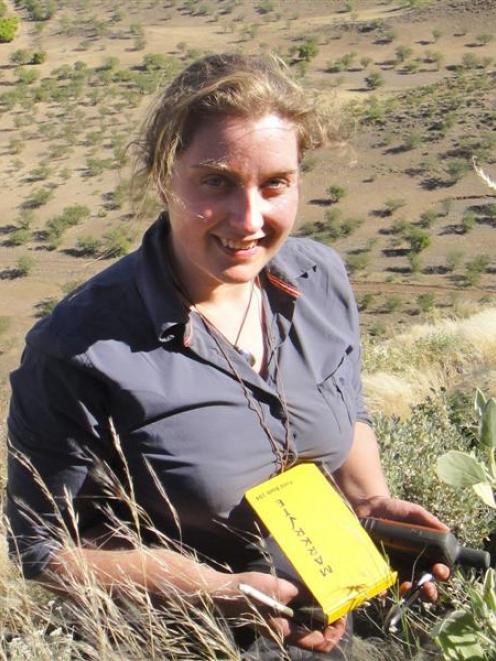 Jenny Stein in the field as an exploration geologist in Namibia. Photo supplied.
Plans can change, as one Class Act student found out post study, Kim Dungey reports.

Jenny Stein had no intention of working for a mining or exploration company.

As a young geology student, she was adamant that she didn't want any part in destroying the environment.

However, since graduating with a science degree, she has been an exploration geologist and says it has surpassed her expectations.

Work for fresh geology graduates can be severely limited in some fields, she says. But jobs in economic geology are bountiful when the markets are strong so she decided to try it and see just how "bad" it really was.

"Happily, so far it's exceeded my expectations."

Unless modern lifestyles change dramatically, widely used finite resources such as tin have to be extracted from somewhere.

"I like to think that if I can do my job properly ... mining companies can target high-grade resources, limiting the area they need to disturb, and in combination with enforced environmental regulations, extract the necessary minerals with minimum impact on the environment."

Stein, who received an Otago Daily Times Class Act award in 2004, likes that the work is physical and varied.

Part of her job is logging freshly drilled rock, which involves identifying upwards of 30 different minerals, and doing computer-based mapping and modelling.

However, she also makes regular trips to collect rock from drilling sites and to assess whether a hole is still in ore and drilling should continue.

"My favourite thing is field work. I spent most of last summer being flown in and out of remote areas in a helicopter, spending my days hiking through the Tasmanian rainforest mapping rock outcrops and collecting stream sediment samples."

In Namibia, the company she worked for was looking for iron in the form of the mineral magnetite. Stein spent three weeks at a time camping in the bush among springbok, ostriches, snakes and scorpions, then was flown back to Australia to produce digital geological maps.

"Besides geology, I also love travelling and wildlife so this had it all," she says. "We saw over a dozen different species just on the drive out to the site [one] day, including a herd of giraffe who crossed the road right in front of the car."

The 24-year-old expects to return to New Zealand when she is tired of travel but asked where she will be in 10 years time, admits she has no idea.

"I barely know where I'll be in 10 weeks, let alone 10 years. But I hope wherever I am, I'm still enjoying life and making the most of opportunities as they come up."