Giving a voice to desperate cries for help 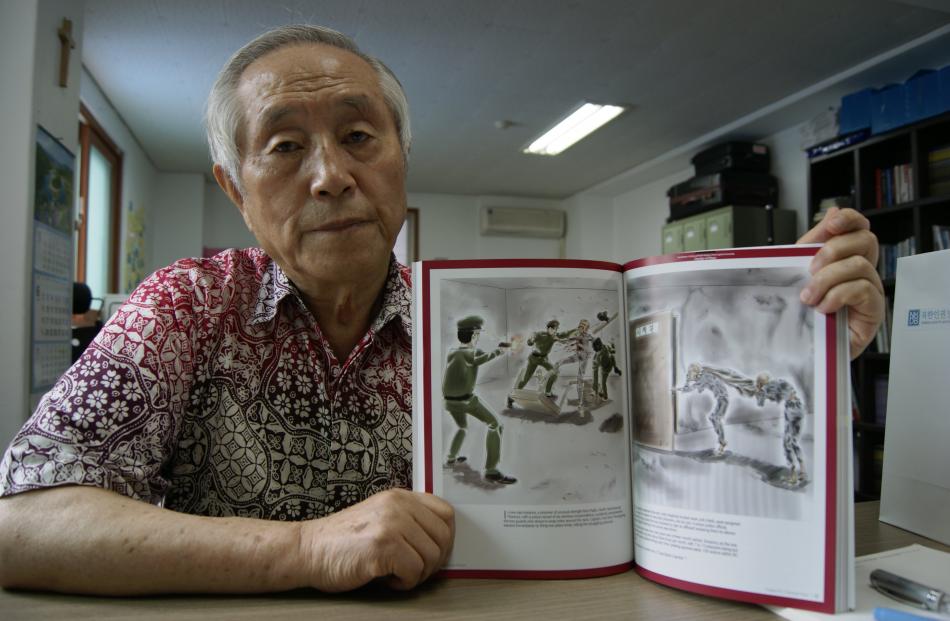 Kim Sang Hun was born in North Korea but thanks to his father's foresight, the family moved south before the 1950-53 Korean War.

An almost lifelong interest in the North has led to the 81-year-old human rights worker helping to save the lives of many North Korean refugees.

His father, a Christian cleric, saw communism beginning to take hold in the North after World War 2 and decided to get his family out.

A then 14-year old Sang Hun was angry at his father. He could not understand why he was uprooting the family. Now he is grateful.

After university, Sang Hun secured a job in the British embassy, and later with the United Nations, though he admits ''then only intention in having a job was to support my family''.

In 1961 Park Chung-hee, a military general, seized control of the country in a military coup d'état.

The ensuing years under military rule were dark ones for South Korea, Sang Hun said.

''When we had the military dictatorship in the '60s, [it was] then I came to see how awful soldiers could be. They made it normal to arrest anyone, they controlled the media and torture was normal ... I began to feel very uncomfortable and very angry about the treatment and that's when the human rights idea came into my head.''

He was interested in setting up a chapter of Amnesty International in South Korea but was then offered an international posting by the United Nations that saw him work in Southeast Asia, Africa and Latin America until he retired in 1994.

''And I was so happy: no more Mondays, no more deadlines for reports. I thought I would be very happy. Then I strayed back into the North Korea area and found it was so serious and shocking and I knew I had to get involved.''

Sang Hun's ultimate goal is to have the rest of the world stand up and fight for North Koreans, so for almost 20 years he has collected the testimonies of refugees and distributed the information around the world, all funded from what little savings he has.

There were large populations of North Koreans living illegally in China and he wanted their testimonies but did not want to endanger them so helped establish escape routes through Southeast Asia to South Korea.

It was an expensive and dangerous exercise that often involved bribing border guards and being arrested.

''One night [in China] I had invited some North Koreans to dinner to give them good food. We were ambushed and arrested. At the police station they asked me about my passport. There were so many stamps in and out and in and out of China.''

''The charge was eating dinner with North Korean defectors, but that's not against the law. They tried to argue that I was helping them illegally cross the border [with North Korea] but I totally denied it ... and then I was deported from China.''

The North Koreans he shared dinner with were taken back to North Korea. He never heard from them again.

Since he founded the Database Centre for North Korean Human Rights, he has collected more than 10,000 testimonies but feels as though the information is only reaching a few people, which is why he wants to make a documentary.

''Because people want videos, not to read.''

Despite the challenging and grim nature of gathering the information, he will not stop, determined not to turn his eyes and ears from ''the North Koreans' desperate cries for help''.

Bleak picture of life inside Chonko-ri

One of Kim Sang Hun's books, Eyewitness: A Litany of North Korean Crimes Against Humanity, published in 2012, paints an incredibly bleak picture of life inside Chonko-ri Prison.

''The reality of regime barbarity is to such an extent that North Korean authorities can hardly be said to constitute a legitimate government, but rather a criminal gang,'' he writes in the foreword.

''The failure of the international community to bring to an end such crimes against humanity in North Korea is deeply deplorable indeed. It is second only to the malaise of apathy that South Koreans have manifested towards their own brothers and sisters in the North who have suffered such prolonged and cruel violence.''

Chong Kwang-sun, one of the book contributors, was imprisoned in Chonko-ri in 1998.

He was squeezed into a 4m by 10m cell with more than 40 other inmates and often dreamed of suicide rather than continuing to ''endure a life of hell in the prison''.

Another contributor, Choi Ki-chol, wrote: ''There is no space in the prison for human life or hope. It is simply a living hell where dead bodies are piled up high each day''.

Political prison camps, or kwaliso, are for those who dare to speak out against the regime, or those accused of doing so. They are often arrested at night and usually offered no explanation. Some go to the maximum security camps where prisoners are never released, even after death. The lucky ones go to a camp where they are eventually released.

After working 12 or more hours a day, they are forced to forage for insects, frogs, snakes or rats to supplement meagre rations.

A former Chonko-ri inmate who was responsible for disposal of bodies testified he cremated or buried 859 bodies between June 1998 and January 1999.