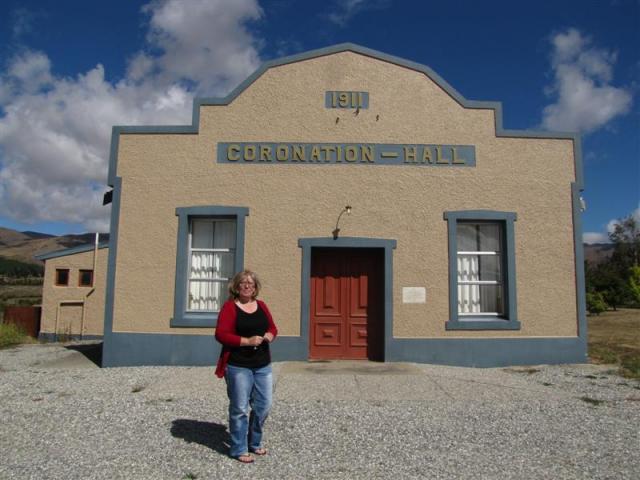 As the needs and wants of society change, so does the future of rural halls. No longer the focal point for communities, the halls are at risk of being abandoned or demolished due to new earthquake strengthening rules. Reporter Sarah Marquet finds out what lies ahead for some halls in Central Otago.

A $30,000 confidential ex gratia payment was made to the liquidators of the Molyneux Park Charitable Trust, records show.

Kim Sang Hun was born in North Korea but thanks to his father's foresight, the family moved south before the 1950-53 Korean War.

Kim Chol-su is depressed. He has no hope, no friends, no job, and no will to work. He knows he should but almost every waking moment is consumed with thoughts of his wife and son. Are they alive? Have they been starved? Raped? Tortured? Will he ever find out their fate?

The Becks War Memorial Hall, which has served the tiny community for about 50 years, is a success story compared with some of its neighbouring counterparts.
In addition to community-owned halls, a significant number of halls owned by the Central Otago District Council are considered to be earthquake-prone.

Council-owned quake-prone buildings in Central Otago will be strengthened, likely to 34% of the national building code.

A relocated postbox in Cromwell has raised the ire of some elected members, not necessarily because it was moved but because they feel they were not consulted properly.

Despite assurances ratepayers would not be asked to further fund Roxburgh Gorge or Clutha Gold trails, the Central Otago District Council has included $100,000 in its draft annual plan for general trail maintenance.

The Eden Hore fashion collection, bought by the Central Otago District Council for $40,000 in August last year, has gone from being a dress collection to a ''museum treasure trove'', Mayor Tony Lepper says.

Since water meters were introduced to Central Otago, water use, in the Vincent ward at least, has come way down, so council revenue has dropped, too.

A cellphone tower damaged in Thursday's 50ha fire on Cornish Point was yesterday being assessed by Telecom staff but it was not known when service would be back to normal, causing frustration for some users.

A Naseby couple on the verge of retirement have started a niche peony-growing business, spotting an international demand. Alexandra reporter Sarah Marquet finds out about Altitude Peonies.
The 17-year old James Hargest College head girl injured in the Otago Southland Secondary Schools Triathlon in Cromwell on Thursday was yesterday recovering at home.

Southern Steel player Erena Mikaere receives a ball from year three The Terrace School pupil Elle-Anna Eweans during a visit yesterday.
At least one secondary pupil fainted and others retched on the finish line as temperatures hit the 30s at a Central Otago triathlon yesterday.
As cavalcade walkers, riders and wagoners make their way to Ranfurly, the town's Rural Art Deco committee is busy preparing for this weekend's double celebration, Decocade.