From North Korea into the light 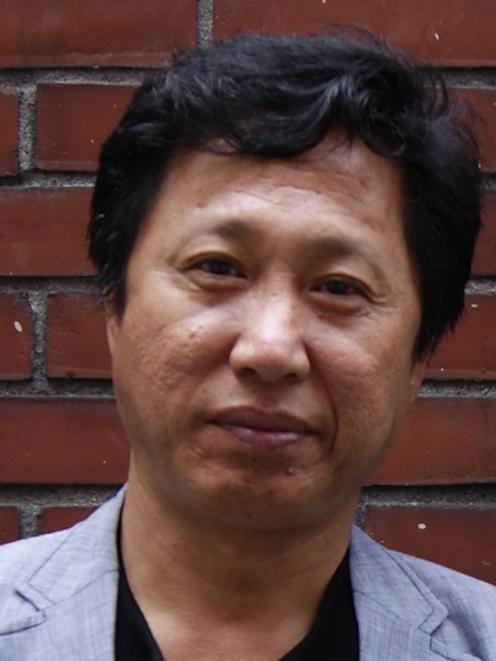 Kim Chol-su
Kim Chol-su is depressed. He has no hope, no friends, no job, and no will to work. He knows he should but almost every waking moment is consumed with thoughts of his wife and son. Are they alive? Have they been starved? Raped? Tortured? Will he ever find out their fate?

Almost four years ago Mr Kim (48) escaped his homeland, the Democratic People's Republic of Korea (North Korea), in search of a better life for his son.

He left first, sneaking across either the Yalu or Tumen rivers into China then making the perilous journey down through Southeast Asia - first to Laos, then down the Mekong River by boat to Thailand - and finally to asylum in South Korea.

His wife and now 20-year-old son were to follow, almost two and a-half years ago, but they were caught and arrested.

Mr Kim had gone first to check the route, to make sure he could get to South Korea, where he made arrangements for his wife and son to follow, relaying the instructions to her by cellphone.

That was the last time he spoke to her.

The phone, which was considered contraband, had been tapped by government agents, he says.

When his family began their journey out of North Korea, agents were waiting for them and they were arrested.

He knows they will have been sent to a political prison and he fears for them because he knows of the conditions there.

Only some leave those prisons alive.

Mr Kim had a good job in the North, a privileged position in a government trading company, and so was a lot better off than most people.

He had a roof over his head, as well as food to eat - a lot of people have neither.

North Korea practises a strict class system in which only the top enjoy relative freedom, good food and money. There are four classes, he says.

''The bottom is the enemy class, then the second is ordinary, third is favourable and the top is for special families like the leaders of the army.''

Mr Kim was in the ''favourable'' class.

He was lucky enough to be born the son of a high-ranking army officer. That was at a time when North Korea was relatively young and everyone wanted to join the army, everybody wanted to prove their loyalty to the Government.

His father though would not allow his son to follow suit, knowing how awful the army was.

Mr Kim, devastated he was not privileged enough to go to college, chose a career in trading instead.

''In North Korea, the police or military or security agencies are all expected to be independent financially of the central government, so all branches have their own trade functions to make money. I was one of the trading agents.''

Selling, buying and trading are capitalist activities however, and Mr Kim's job was therefore extremely dangerous.

''It was a capitalist thing so against the law even though this was carried out under the State [orders], I could be arrested at any time. It was very dangerous.''

He was never allowed to leave North Korea to carry out business and all money made had to be submitted to the state.

For his efforts, he was paid the equivalent of about $US80 a month, but it was enough to house his family in a two bedroom independent house with a fence - ''quite a privileged situation in North Korea''.

''Most houses are wooden shacks where you can hear everything your neighbours say and do.''

Neighbours often inform on each other to government officials in the hope of winning favour.

Constant propaganda means many in North Korea believe they have it better than the rest of the world, though that is slowly changing as information inevitability makes its way through the Government's blockades.

South Korea was once depicted as much poorer than the North, and as a place where Americans killed Korean children.

When famine strikes, the population is told it is because they fail to listen to their leader and do his bidding. They are also told any such food shortage is much worse elsewhere in the world.

Through his trading job, he had contact with the outside world and, minimal though it was, he knew life in the South would be incomparably better for his son.

It was also because of his job that he managed to escape. He knew some of the border guards and with food was able to bribe them to look the other way when he crossed.

When asked if he still holds hope he will ever see his family again, he says: ''Yes, I can say that I have hope, but how realistic is that hope? It's highly doubtful. I think I can only learn about my family when the [North Korean] regime falls.''

He describes his new home in South Korea as ''heaven'' compared to the North, and desperately wants to share it with his family.

His greatest wish for North Korea is for it to be just like the South - ''where people are free and full of respect for human rights''.

Mr Kim has a message for anyone reading this story: take an interest in the actions of North Korea's leaders and your governments' treatment of them.

Other countries should stop giving North Korea aid, as it only leads to lies from the North Korean Government, to more propaganda. The people of North Korea often don't know there is aid let alone where it comes from, he says. Most aid is shared among the most privileged only.

Rather, North Korea could be given rice or other food only on an exchange basis, for herbs for example, Mr Kim says. The North Korean Government could not pick the herbs - it would have to get the people to do it and then the people could be paid in rice and the Government could not claim it was giving away the rice because it was being nice. The people would know it was because they were collecting the herbs.

Sarah Marquet travelled to Korea with funding from the Asia New Zealand foundation. She worked in the newsroom of the Korea JoongAng Daily, the English edition of one of South Korea's largest papers, the JoongAng Ilbo.