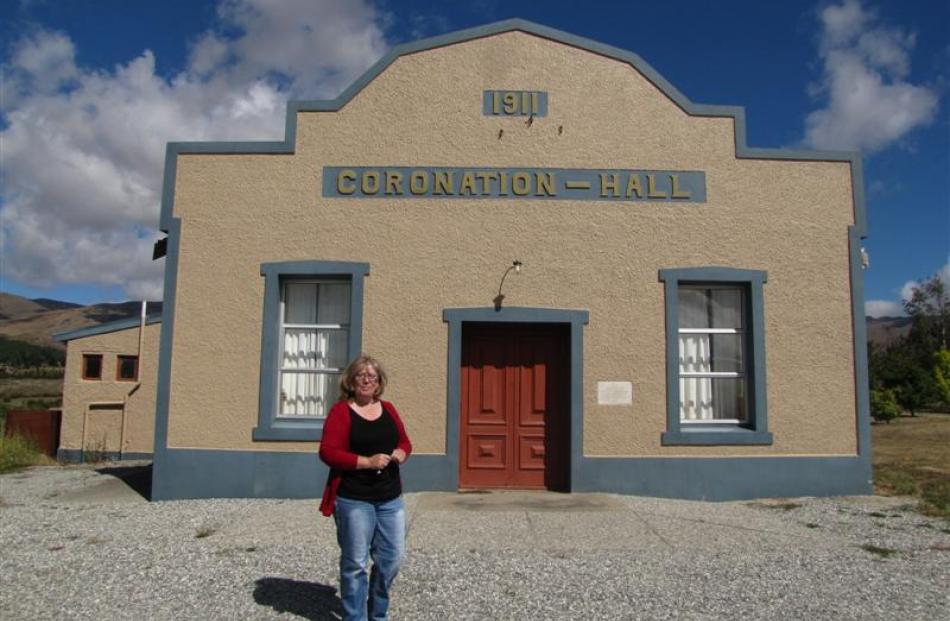 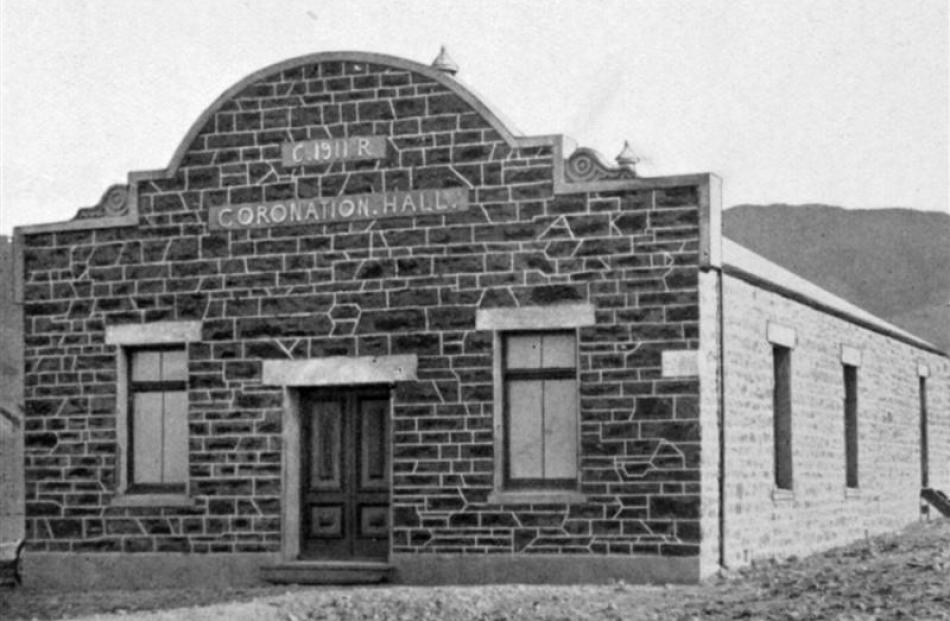 The Coronation Hall in Bannockburn in 1911.

As the needs and wants of society change, so does the future of rural halls. No longer the focal point for communities, the halls are at risk of being abandoned or demolished due to new earthquake strengthening rules. Reporter Sarah Marquet finds out what lies ahead for some halls in Central Otago.

Century-old halls dot the Central Otago landscape, marking the places where communities once revelled. Dances, sports events and community meetings took place in the halls regularly, bringing together the people they served.

Now, with the rise in popularity of television, the internet and other technology, the halls are not used as often. Weddings and 21sts are generally what keeps the books in the black, if only just.

When the Bannockburn Community Centre management committee wanted to make alterations to the Central Otago District Council-owned, community-managed Coronation Hall, an assessment found its walls were at risk of complete structural failure during a moderate earthquake.

''We got some funding to do up the kitchen area and then the [Christchurch] earthquakes happened and we had to get an engineer's report, which turned to custard,'' committee chairwoman Kerry Stainton-Herbert said.

''The building didn't comply so they [the council] red-stickered it.''

It was closed in 2011 and earmarked for demolition.

Mrs Stainton-Herbert said the hall, although more than a century old, was not necessarily historical because it had been added to and updated over time.

But it was significant for Bannockburn as the small but growing area had few buildings.

Technically owned by the council, it is expected to be eventually transferred to community ownership. The hall has been the subject of divisive debate in the community. In 2012, a plan to rebuild was approved despite an estimated price tag of $1.3 million. The existing hall could have been strengthened for about half the cost.

Some want a purpose-built hall, some want a state-of-the-art, sustainable hall, others want to save the original hall.

Mrs Stainton-Herbert said that was just one of the reasons the community still had no hall.

Despite having no clear direction, the committee had been quietly fundraising, about $8000 so far, for either upgrading or rebuilding.

''We want a hall where ongoing maintenance costs won't be prohibitive for the next generation,'' she said.

''But on the other hand, a new community hall will cost over a million [dollars] and that's a big ask for a small community.

''And does the community actually need a million dollars worth of hall?''She said with a growing population, Bannockburn needed some community facility other than the church.

''And I think the longer that it is that we don't have a facility, the harder it is to make funding institutions believe that we need one.

''It's about a community having a heart and having its own identity. Bannockburn is not Cromwell.''

Mrs Stainton-Herbert said the committee was waiting for an engineering report from the council before it made any clear decisions.

''We're in the same position as the day after it was red-stickered.''

In the Alexandra Basin, the Earnscleugh Hall is another facing uncertainty.

It may soon be up to the small community there to decide whether the hall should be strengthened or knocked down.

Hall committee treasurer Brian Taylor said it was a couple of years older than the Bannockburn Hall. The committee would like to make several improvements - update the kitchen and toilets, for example.

Before that was seriously considered, the committee chose to get an engineer's assessment in light of new earthquake standards.

The hall failed to meet 34% of the building code, meaning it was classed as earthquake-prone.

''There was no legal requirement for us to get the survey,'' Mr Taylor said.

''We wanted to find out to know what we are up for.

''We are going to have to build a steel frame and bolt the walls to it, probably on the outside of the hall as that is easier to do ... but at this stage we don't know costs.

''Cost is going to be the thing, so, while we would like to keep it going, there will need to be a lot of fundraising.

''At the end of the day, it comes down to whether people want a hall or not, and if they are prepared to support it.''

The cost to strengthen is likely to be more than the government valuation of $180,000, ''but it would cost a lot more to build a new one''.

He said the main uses of the hall were once bowls, badminton and dances, ''but we don't really have them any more''.

Now, a few weddings, 21st birthday parties and open days for the nearby gold-mining operation keep the money trickling in.

''I think the old style and previous uses of halls don't appear to be the focal point of a community in this modern world, but we want to reverse that.''

''A lot of these old halls were memorial halls, built after the First World War,'' Mr White said.

''Certainly, they had a history behind them and I think that's really important, particularly in light of the World War commemorations coming up.''

Mr White is an advocate of keeping and strengthening original halls wherever possible, saying that would often cost less than completely rebuilding.

The Bannockburn Hall, for example, could be strengthened to 67% of the national building code for ''miles less'' than building a new hall, he said.

''Communities can't just keep shelling out dough for new halls. Nor can they do without halls.''

The future of halls, particularly in small communities, would require them to be used in innovative ways to make them cost-effective.

''Creativity needs to be brought into it ... you can't just demolish these halls and build new ones because you [would] need to get a crystal ball out and look at what the community is going to be like in 50 to 60 years.''