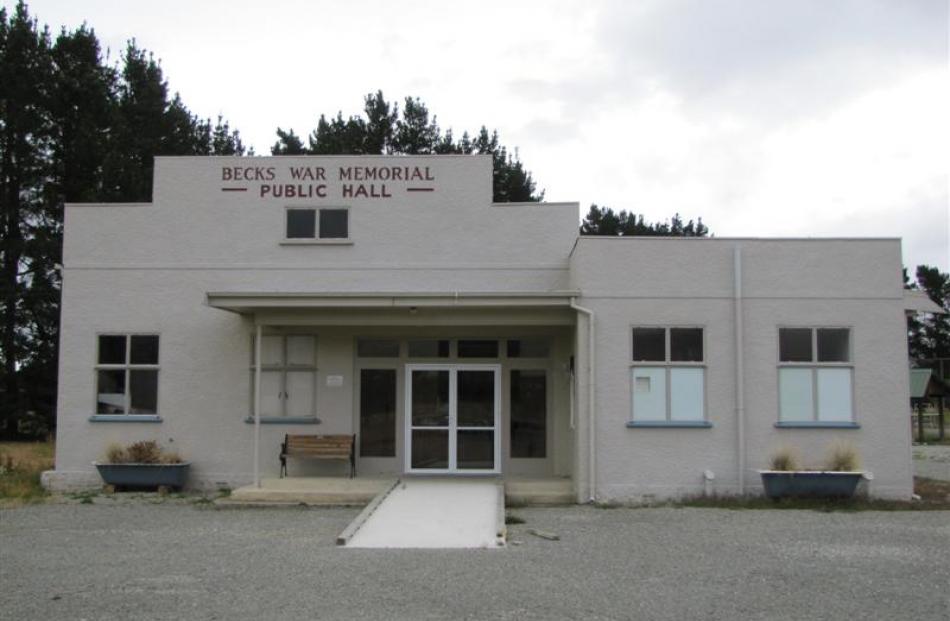 The Becks War Memorial Hall, which has served the tiny community for about 50 years, is a success story compared with some of its neighbouring counterparts.

The community wanted to make significant upgrades and modernise the hall. Like others wanting similar upgrades, they obtained an engineer's assessment, which came back with a rating of 67% compliance of the building code.

''We were lucky that it was constructed in such a way that it passed so we didn't [have to] do anything to the main hall,'' hall committee member Linda Armstrong said.

It cost more than $200,000, which took several years of community fundraising and grants from the Central Lakes Trust and the Otago Community Trust, she said.

The kitchen upgrade was proving to be most profitable, allowing the hall committee to hire it to a commercial venture, Eat Humble Pie.

The small business, run part-time by Clyde woman Susan Burke, operates out of the hall kitchen two days a week.