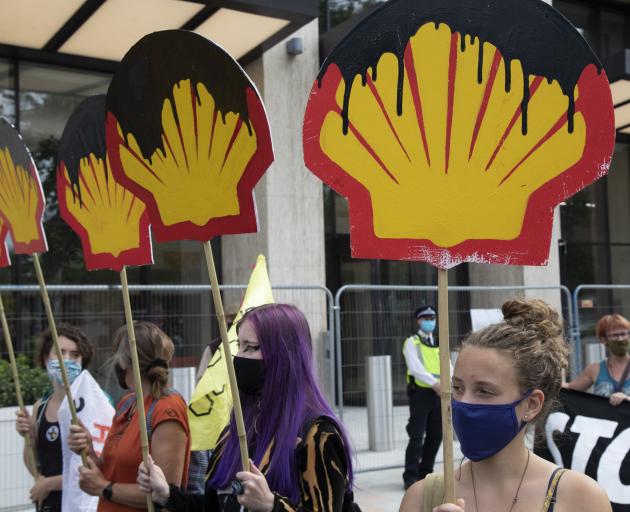 The smart money is moving away from investments in climate-damaging activities and products, towards firms that offer solutions to the climate emergency. BlackRock chief executive, Larry Fink, emphasises this transition is not attributable to environmental activism per se but to good old-fashioned capitalism: the investment risk is simply too great to do otherwise.

Investors are undoubtedly responding to government action — many nations now have climate change policies and legislation that require emissions to be disclosed, priced-in or reduced — but increasingly, the risk of adverse judicial decisions may be playing a part in investment decisions.

There are four trends in climate change litigation worth tracking.

First, multiple successful cases have been brought around the world requiring business transparency from corporates.

Cases have centred on "greenwashing" greenhouse-gas (GHG) activities through misleading advertising, or the failure to disclose material risks to the market. Some corporates back down in the face of litigation, for example, the Commonwealth Bank of Australia and the Australian Retail Employees Superannuation Fund recently agreed to disclose climate change risks to investors, factor them into investment strategies and adopt a net-zero policy. Other companies double-down. Exxon Mobil is currently attempting to argue its First Amendment right of free speech before the Texas Supreme Court to say whatever it likes about climate change. But "kicking the can down the road" will only work for so long.

Second, litigation is proving increasingly successful against corporates for the damage they cause directly to the climate

In the landmark case of Shell v Milieudefensie, last year the Hague District Court found that the emissions-intensive activities of Royal Dutch Shell endangered citizens, violated the duty of care under the Dutch law, and breached human rights obligations such as the right to life contained in the European Convention on Human Rights.

The Court ordered Shell to reduce GHG emissions by 45% from all its activities — that is, from its own emissions and from the use of the oil that it produces — by 2030 compared to 2019, and to net zero by 2050. The reductions applied across the entire Shell group and to its subsidiaries, globally. As a consequence, the Court noted that Shell would be required to forego new investments in extraction and/or limit its production.

The case is being appealed to the higher courts, which may take years. However, the District Court made the order provisionally enforceable, which means Shell is required to meet its obligations pending the appeal. Shell will also be conscious that the higher courts in the Netherlands have shown themselves to be climate law-pioneers, upholding the remarkable Urgenda v Netherlands case in 2020.

A similar case against Total Oil is progressing through the French Courts.

In Germany, the courts have found that there is no reason in law why RWE — a German electricity company and one of the world’s largest emitters — could not be held liable for transboundary nuisance (i.e., their actions have created damage or the risk of harm to land overseas). The Court of Appeal ordered the test case of Lliuya v RWE to proceed to trial. Mr Lliuya, a Peruvian farmer brought the action, arguing that the glacial lake above his town was melting and as RWE had allegedly contributed 0.47% to global GHG emissions since the beginning of the industrial revolution, it should reimburse him and the Peruvian authorities for that proportion of the flood defence costs.

Such cases are now possible because of the increasing sophistication of attribution science and the willingness of courts to use research such as the "Carbon Majors" report to calculate proportionate liability. Given the international operations of the companies involved, the effective global reach of these decisions is of particular significance.

Third (and in a slightly different category to points 1 and 2 above), juries are increasingly unwilling to find climate change protesters criminally liable for disrupting the operations and damaging the property of emissions-intensive corporations.

The defence of necessity premised on the climate change emergency is a trend that has been noted particularly in the UK. Some juries are delivering "not guilty" verdicts despite protesters having clearly broken the law and judges advising the jury to reject defences of climate necessity as not valid in law — a phenomenon termed "jury nullification".

Earlier this month, activists the Rev Sue Parfitt (aged 79), Father Martin Newell (54), and former university lecturer Philip Kingston (85) from Christian Climate Action were acquitted of obstructing the train network in London, arguing that they were not the real criminals here. They had climbed on top of and glued themselves to trains during the rush hour, causing massive disruption.

In 2021, Extinction Rebellion protesters who caused criminal damage to Shell’s headquarters in London argued that their actions were necessary and proportionate in light of the climate change emergency. The jury acquitted them.

These cases are the latest in a line reaching back to 2008, when UK protesters were acquitted of spraying graffiti on a coal-fired electricity plant. Juries of their peers have been reluctant to convict climate change activists, particularly those taking direct action against emissions-intensive companies. In other nations, similar mitigation strategies against criminal conviction are also gaining traction (including in Australia where coal-mine protesters were granted leniency).

The practical result of jury nullification is that corporates targeted by protesters are receiving less protection from the criminal law. Ordinary people are asking "who are the real criminals here?". As the climate changes and social pressure mounts, jury nullification will be an interesting development to chart.

Fourth, litigation is leading to corporates being forced into making formal, damaging admissions in court.

"Each admits the greenhouse gas emitting activities, or supply of products, attributed to it ... [e]ach broadly admits that climate change from the aggregate release of global greenhouse gases into the atmosphere from human activities results in additional warming of the earth’s surface and atmosphere ... [a]ll admit that the IPCC reports record current scientific consensus as to the nature, effects and mitigation requirements of climate change on a global scale".

The case brought by Mr Smith (Ngapuhi, Ngati Kahu, and climate change spokesman for the Iwi Chairs’ Forum), attempted to bring a claim in nuisance against these major emitters in New Zealand. The case stumbled at the Court of Appeal stage but is progressing on appeal to the Supreme Court.

Regardless of what happens this time around, corporates are making formal admissions that will be valuable for when the time is ripe and the next wave of climate change litigation commences. Although it seems inconceivable that any corporate could now claim ignorance, such admissions mark a clear legal line in the sand.

Companies should also be wary against taking comfort in the relative conservatism of the NZ judiciary. Doing so underestimates the synthesising force of legal developments, particularly in areas with transboundary impact such as commercial and environmental law.

For all these reasons and more, it appears clear that the net of litigation is starting to close in on emissions-intensive corporates. Investors who have yet to factor climate change-risk into their portfolios should take note.

Prof Ceri Warnock of the Faculty of Law, University of Otago, is a member of He Kaupapa Hononga: Otago’s Climate Change Research Network advisory group.