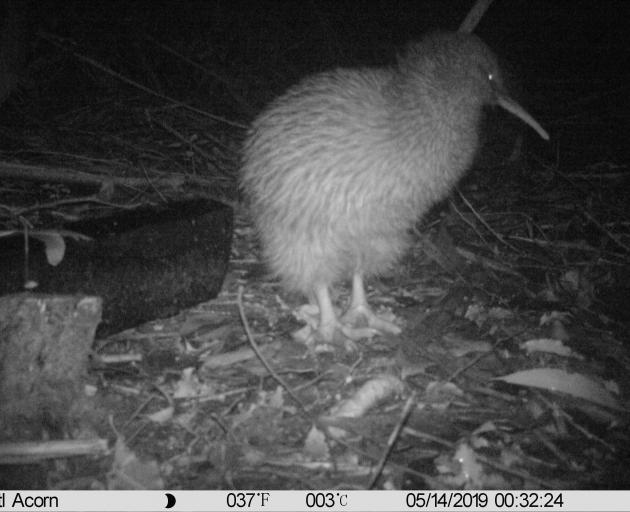 How do you count kiwi?

They don't come in herds or flocks, they live in dense bush and venture out only at night. Yet, if you want to know how some rare kiwi are doing - just surviving or increasing in their numbers - you need to find a means of counting them.

That is the task Jane Tansell is faced with at Orokonui Ecosanctuary. Jane lives and works in Te Anau, combining part-time work with fulltime study. Coping with rough conditions is no problem; she has worked a lot with the Department of Conservation in much rougher terrain than Orokonui, undertaking pest control in remote places such as the 11,400ha Haast Tokoeka Sanctuary and the kiwi-creche islands Rona and Pomona in Lake Manapouri. Juvenile kiwi from Orokonui's creche are transferred to these islands until they reach the size necessary to be able to defend themselves in the wild. 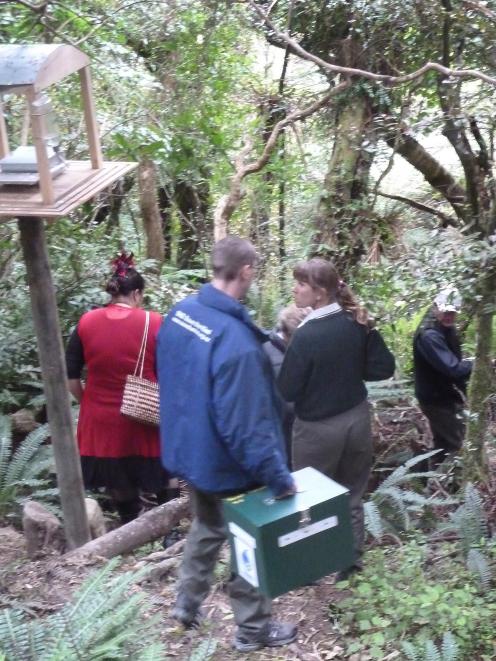 The release of the first eight Haast tokoeka at the Orokonui Ecosanctuary in October 2010. Photo: Alyth Grant
There is still a lot we don't know about Haast tokoeka, not just environmental problems, but also the natural issues they share with other South Island wildlife such as kakapo and saddleback. South Island birds don't breed as quickly as their North Island counterparts. While Haast tokoeka, which lay a single egg at a time, may re-nest in the same season if unsuccessful, some North Island birds nest three times in a season, laying two eggs each time. It seems our cooler South Island climate provides fewer resources for successful breeding.

Doc's Operation Nest Egg, which started in 1994, is one way of supporting kiwi numbers. By removing eggs from the nest halfway through the incubation period, then completing incubation artificially, the adult birds are encouraged to re-nest. Chicks hatched in captivity are raised in predator-free environments until such time as they are large enough to protect themselves from stoats. This way, it is hoped that the survival rate of young kiwi can be increased from just 5% of those that survive their first year in the wild.

Jane focuses on Orokonui's "kohanga". These are the birds that have been in our bush since 2010. In other words, they potentially could be breeding. But whether that is actually the case remains unanswered. Initially the kiwi were fitted with transmitters after their introduction to Orokonui and were checked by that means until it was deemed they were safely established. Since the removal of their transmitters, they have lived a normal life within the fence, but kept separate from the transient presence of creche juveniles.

Now they are being monitored by 34 trail cameras set up on a systematic grid placement. The cameras detect the presence of an animal using the differential of the animal's body heat relative to the ambient temperature. The cameras take photos and can last several months in the field on one set of batteries. The images are stored on SD cards for later retrieval and review.

Jane is interested not only in finding out how the Orokonui population has been doing and whether they have been breeding, but also in comparing different means of measuring populations and their breeding success.

At Orokonui, a team of volunteers has spent a lot of time sitting in the dark at various listening posts around the sanctuary counting kiwi calls. By noting the time of the call, whether it was from a male or a female and estimating how far away they were and from which direction it came, it has been possible to draw intersecting lines to be differentiated one from the other. That gave the staff at Orokonui an indication as to whether the tokoeka were pairing up. However, call counts are a relatively coarse method of determining density, as well as being labour intensive when performed with observers. Rate of calling can also be monitored for relatively little effort by sound activated acoustic recorders.

Other methods, for example attaching transmitters, are more invasive as they encroach on the natural movements of the birds. Although monitoring with transmitters is more expensive, it can give more precise answers. Jane hopes to be able to demonstrate the relative merits of using trail cameras by comparing them with other methods.

Jane Tansell has been involved with protected species monitoring and management as well as pest control for 18 years.