A whisper of moths 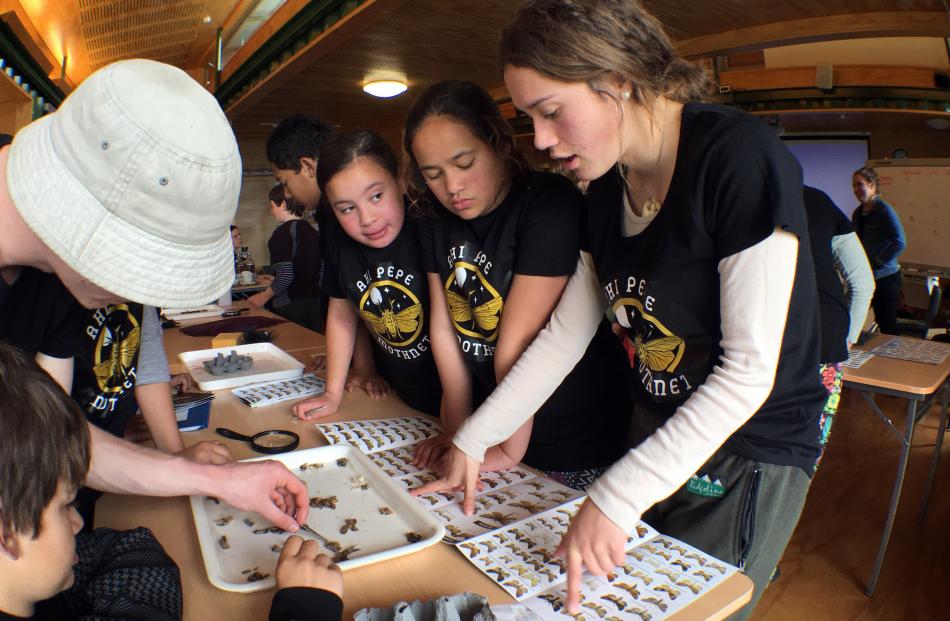 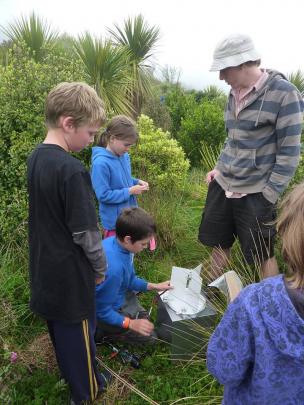 Setting up the moth trap. 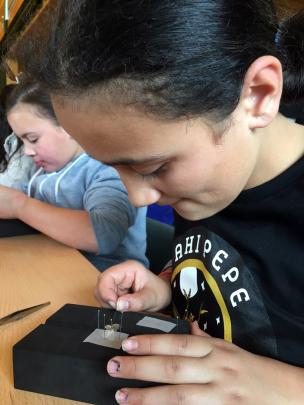 A pupil pins a moth.

Landcare Research ecologist Barbara Anderson  has been working on a citizen science project, Ahi Pepe MothNet, with Orokonui Ecosanctuary and primary schools to investigate the effect of introduced predators and vegetation restoration on native moth communities.

I’m a fan of collective nouns; a gaggle of geese, a murder of crows, a parliament of owls.

The collective noun for moths is a whisper. I like the idea of "a whisper of moths" quietly unveiling the secrets of ecology, ecosystems, nature.

Moths have the potential to be powerful ecological indicators. They have the sort of "live fast and die young" lifestyle that means they are often among the first species to respond to environmental change.

This is why, worldwide, moths (and butterflies, which are actually just  families of often brightly coloured moths) often provide the first and best evidence of species’ responses to environmental change: habitat loss, climate change, light pollution.

Moths are at the centre of a food web and they are important pollinators for plants around the world. Their importance in the ecosystem and the abundance and diversity of moths make them perfect as collective canaries in the mine.

The tamariki put Heath moth traps outside the fence and James Tweed (a geography department master’s student at the University of Otago) and Elton Smith put traps inside the fence.

Dr Robert Hoare (Landcare Research) and Brian Patrick showed us how to pin and identify the moths and make a reference collection.

"I liked making the traps and seeing what kind of moths were going in the traps. My favourite moths are the green ones," says 11-year-old Maia.

"The best part for me was pinning the moths, that was pretty cool. But I got stabbed a lot!" jokes Moka (10).

"I think looking at moths is really cool and I think other people would probably like doing it too."

New Zealand has some of the most exquisitely beautiful moths. It’s a shame that moths have such a bad reputation.

There are almost 2000 species of moths in New Zealand, 90% are found nowhere else in the world, which is one of the highest rates of endemism for any group anywhere in the world and yet we know very little about them.

We’re hand-pressing a series of badges showing the diversity and beauty of New Zealand’s native moths. Each moth has a formal name, the science or Latin bionomial name, and we’re suggesting a friendly nickname in te reo Maori, to encourage people to think of our moths as we think of our family and friends. Each moth will have three badges: science, te reo Maori and an arty version showing the close-up detail of the wing or head.

The Ahi Pepe MothNet project is a collaboration between Landcare Research, Orokonui Ecosanctuary, the University of Otago, and Te Runanga o Ngai Tahu and schools across Te Waipounamu. The name Ahi Pepe is based on a whakatauki by Te Whiti o Rongomai: ‘‘the fire was lit to attract the Titi [mutton bird] and the moths flew into it’’. We played with the analogy and switched it around because we want to attract the moths and encourage interest in moths, so, Ahi Pepe.

Ahi Pepe MothNet weaves culture, science and language together. Tell the stories of the moth first: the whakapapa, the connection of the moths to everyone, their place in the stars and their role in the ecosystem. Rather than dropping science in as an alien concept, we build on connections that are already there. This brings us closer to better understanding, appreciating and therefore taking care of our native moths.

Ka Puka Whakamarama o Te Pepe Nui — Beginners’ Guides to the Macro Moths bring together these stories and the science. The guides are the first field guides in New Zealand written in Kai Tahu dialect but of course there is also an English translation for those of us still working on our te reo Maori. The four guides cover  South Island native moths, each moth species represented by life-size images provided by Landcare Research.

• For more information on the Ahi Pepe MothNet project, go to www.landcarereseearch.co.nz/mothnet/.

• Native moth badges and beginners’ guides to the macro moths are available from ahi-pepe-mothnet.myshopify.com.  All proceeds go to support five year 7/8 TKKM o Otepoti tamariki to present the Ahi Pepe MothNet project at the World Indigenous Peoples Conference on Education in Toronto this July. Donations can be made via givealittle.co.nz/cause/wipcemoths.