The problem with offsetting 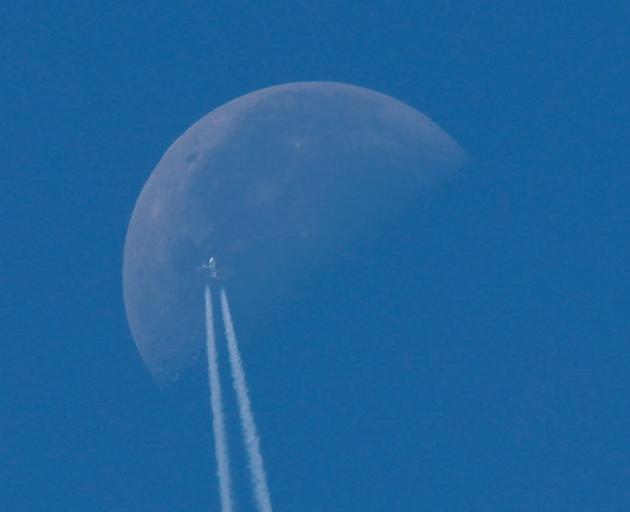 Offsetting may just be a way to allow the wealthy to continue to fly. Photo: Reuters
Think carbon offsetting when you fly is doing your bit for the planet? Think again, says tourism professor James Higham. It is only useful as a baby step towards real change, he tells Bruce Munro.

It is now a standard option whenever you buy an air ticket.

With the world on a collision course with potentially catastrophic climate change precipitated by atmosphere-altering greenhouse gas emissions, the chance to mitigate the 300kg to 3018kg of carbon dioxide you personally have put into the atmosphere by your decision to fly seems a planet-saving bargain. A small price for a clear conscience? Too good to be true? Absolutely, Prof James Higham says.

Prof Higham is based in the University of Otago's Department of Tourism. He is co-editor of the Journal of Sustainable Tourism.

He is philosophically opposed to the idea of carbon offsetting because, he says, "fundamentally it's an impossible solution".

The key issue is that demand for air travel is growing so fast and producing emissions in such quantities that planting trees, or other offset options, cannot possibly keep up. Greenhouse gas emissions from aviation increased by 87% between 1990 and 2006.

"Ten years ago, two colleagues in physics, Dr Inga Smith and Prof Craig Rodger, examined what it would look like if the emissions from tourism in New Zealand were to be offset," Prof Higham says.

"It soon became clear that it would be impossible." 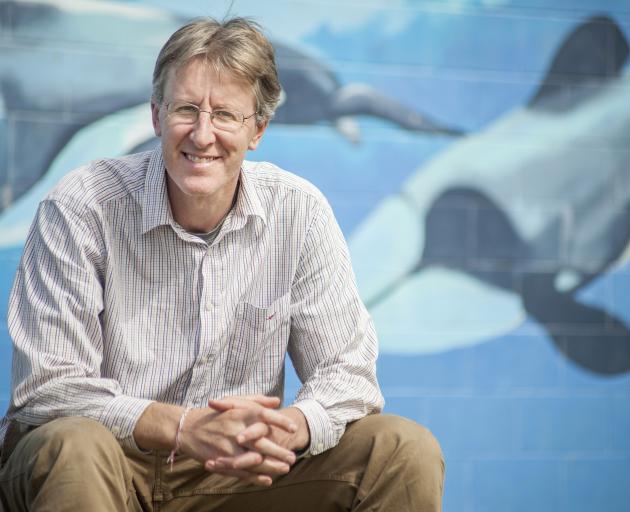 James Higham is a Professor in the Department of Tourism at the University of Otago. Photo: Supplied
They found that 26,300sqkm of regenerating forests would be required to offset New Zealand's 2005 aviation emissions. That is the equivalent of 15 Stewart Islands, or 10% of New Zealand's total land area. The problem of offsetting becomes self evident.

"In a very short time, you'd have trees and no more space to plant more trees."

"Aviation is growing so rapidly globally that offsetting is just a way of using capital to offset the guilt of air travel, allowing wealthy people to continue to fly without restraint."

Offsetting fails to address the real problem; aviation emissions that continue to grow and grow.

"So, carbon offsetting is not a good solution. Ultimately it is doomed to fail."

That might sound like the end of the matter. But, no, it is going to get worse, Prof Higham says.

Most people who fly do not offset their emissions. And few show any intentions of reducing their future emissions.

The International Civil Aviation Organisation concedes that global aviation emissions are expected to grow 300% by 2050 unless action is taken. Much of the growth in air travel will continue to come from those who already fly.

"The vast majority of the world population has never stepped on to an airplane. So, the growth in aviation is mainly among people who have a longstanding habit of flying.

"This huge environmental impact is basically arising from long-standing habits of the rich, or nouveau riche, who fly more and more."

What is not going to appear anytime soon is a silver bullet, Prof Higham says.

Other sectors are actively trying to stabilise or reduce their carbon emissions. But the circumstances and challenges of air travel are unique because technology lock-in gives airlines little they can do about their emissions.

It has been reported that several airlines, including Air New Zealand, are looking at battery power as a potential clean, green alternative to jet fuel. Air New Zealand has formed a joint venture with aircraft maker Aerei da Trasporto Regionale to explore electric or hybrid engines for its 68-seat, turbo-propeller fleet. But the vast majority of aviation emissions are produced by jet aircraft.

While that is credit worthy, Prof Higham says, "genuine technical solutions are not even on the horizon and are at least decades away".

Air New Zealand, to its credit, is not shying away from the issue.

Air New Zealand chief executive Christopher Luxon has stated that at some point Air New Zealand may have to put a cap on its emissions. That, as an airline it cannot just continue to grow its carbon footprint.

"That's from Air New Zealand. Few other airlines have been so forthright in recognising the challenges that we face."

Doing what at first glance seems an about-face, Prof Higham adds that he has become convinced that there may be a place for carbon offsetting.

"What do you do about emissions that cannot be eliminated by other strategies? The answer is you offset them, or you do nothing.

"I've been persuaded that offsetting is better than nothing. Because at the very least it leads people to think about their emissions.

"It can act, maybe, as a first step towards internalising and beginning to think about and take responsibility for our emissions.

"Ultimately it will be a failed solution. But it might be a first tentative step along a pathway to other far more significant actions and approaches to tackling this problem."

If offsetting is only a small beginning, then the real challenge is to replace, reduce and avoid. "We have to find other approaches. And some of those will be technical. But most immediately we have to reduce and avoid."

"I read a recently published article that said there are four things we can do to significantly reduce our personal emissions. This article argues that the other things are reasonably insignificant alongside these four things."

The first was to have one less child. The second was stop flying. Third, eat a plant-based diet. Fourth, live car-free.

Of course, there may be possible variations, such as using an electric vehicle rather than no car.

"Once you've driven an electric vehicle, as far as I'm concerned, there's no turning back. The freedom to drive without having to put petrol into a car is extremely liberating."

Because of New Zealand's isolation, carbon offsetting might continue to be important for Kiwis when they have to travel overseas.

But, concludes Prof Higham, the real challenge is to reduce emissions at the source. Offsetting can not mask the need for urgent societal changes, he says.

"That is the key to reducing our personal air travel emissions."

Prof James Higham will be talking at the One Summit in Wanaka and Queenstown on November 2&3, in a session on ‘‘Navigating our way to a carbon zero economy’’.

Think of it as absolution for your sins. The clerisy tried this on a few years ago. If you hand over your fortune the gates of heaven will be yours!

Can you not see that paying a global airline company to save the planet is sort of crazy?