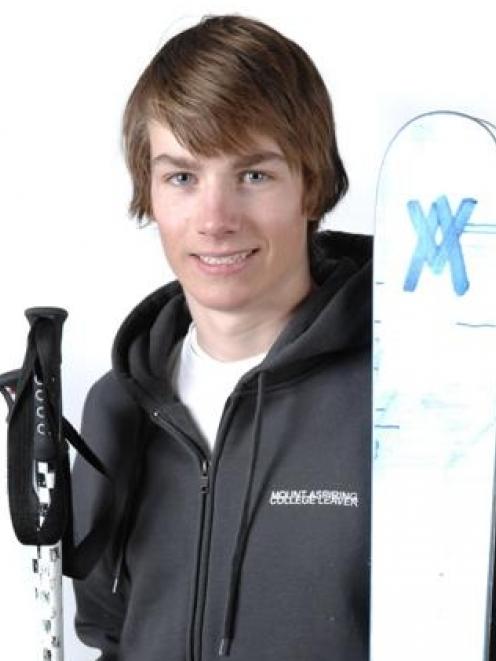 Fraser McDougall
Forget the feet - the sport Mt Aspiring College year 13 pupil Fraser McDougall excels at may well be the ultimate in thinking on your skis.

Competing in the physically and mentally demanding "Big Mountain" skiing events requires careful planning, total commitment, and a "split second" ability to change the plan "if it all goes wrong".

"A lot of it is in the planning and thinking about good lines, but practice and being disciplined about training is also important."

Fraser (17) also participates in half-pipe and slope-style events, and was first at the New Zealand Junior Nationals last year.

His twin, Hamish (also a Class Act recipient this year) was second.

The pair have an intense but friendly rivalry, and appear pleased their skiing interests have diverged in recent years.

His recent results have earned him a place in the New Zealand Freeski development team for Big Mountain, Slopestyle, Half-pipe (2007-08).

Role model: "Lots of people in the skiing community who have given support, like Hamish Acland."

Hopes for the future: " "To keep competing this year and work at Jackson Hole [in the United States] so I can take part in World Championship events in the 2008-09 season."