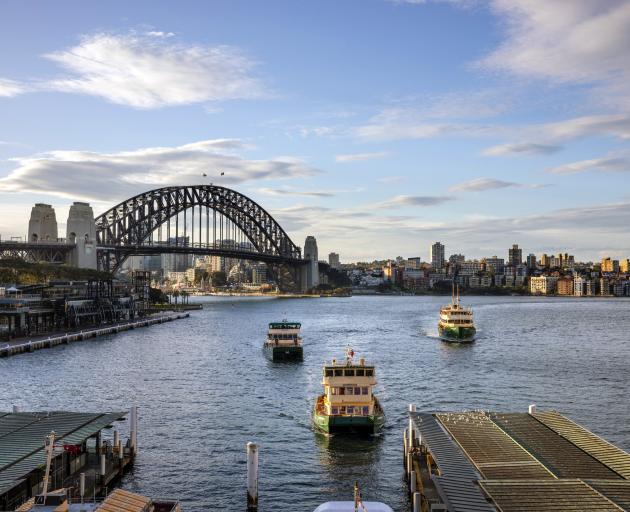 Sydney and surrounding regions are in lockdown until at least July 30 . Photo: Getty Images
New South Wales has recorded another Covid-19 death and 163 new locally acquired cases, at least 45 of which were infectious while in the community.

Sydney and surrounding regions are in lockdown until at least July 30 and three local government areas in regional NSW are also under stay-at-home orders until at least July 28, as health authorities battle to contain an outbreak of the virulent Delta strain.

A man in his 80s from southwest Sydney died after contracting the virus, the NSW deputy chief health officer said on Saturday.

Health Minister Brad Hazzard said the amount of new cases that were infectious in the community is a major concern.

"In other words, 45 people were out walking around and potentially spreading the virus which certainly explains why our numbers are going up."

He said additional restrictions had to be placed on Cumberland and Blacktown on Friday night to prevent anyone but authorised workers from leaving those local government areas.

"We really need our community, particularly in southwestern and western Sydney, to stay at home, to hear the message and stay at home," the health minister said.

NSW Deputy Chief Health Officer Jeremy McNulty urged people not to mix outside their household after 18 cases were linked to a gathering at Pendle Hill after a family tragedy.

"It is an example of how families coming together, even in tragic times, can actually, when you are naturally grieving, can be a risk where Covid can easily take hold and spread among family members, and then out to other households and further afield," he said.

Dr McNulty said there were 36 people in ICU on Saturday, with only one of them vaccinated against Covid-19.

The federal government said it will send thousands of extra Pfizer doses from the national stockpile to NSW, in addition to 150,000 extra doses already sent.

The prime minister's office told AAP the extra Pfizer doses are set to arrive in NSW within the week.

The Commonwealth's intervention comes after other states and territories pushed back at the national cabinet meeting on Friday against the NSW government's pleas for Pfizer vaccines to be diverted to Sydney's virus hot spots.

Mr Hazzard said he wasn't aware of the federal intervention, but he scolded other states for refusing to donate Pfizer doses to NSW.

"I just want to emphasise that from my point of view it is with disappointment that I heard some of the responses from leaders from other states," he said.

NSW Health also issued alerts for another 46 potential exposure sites across Greater Sydney and a number in the Southern Highlands towns of Tahmoor and Mittagong on Friday night.

Sewage testing in Moss Vale has also returned positive results for Covid-19, leading authorities to urge people to isolate and get tested if they develop symptoms.