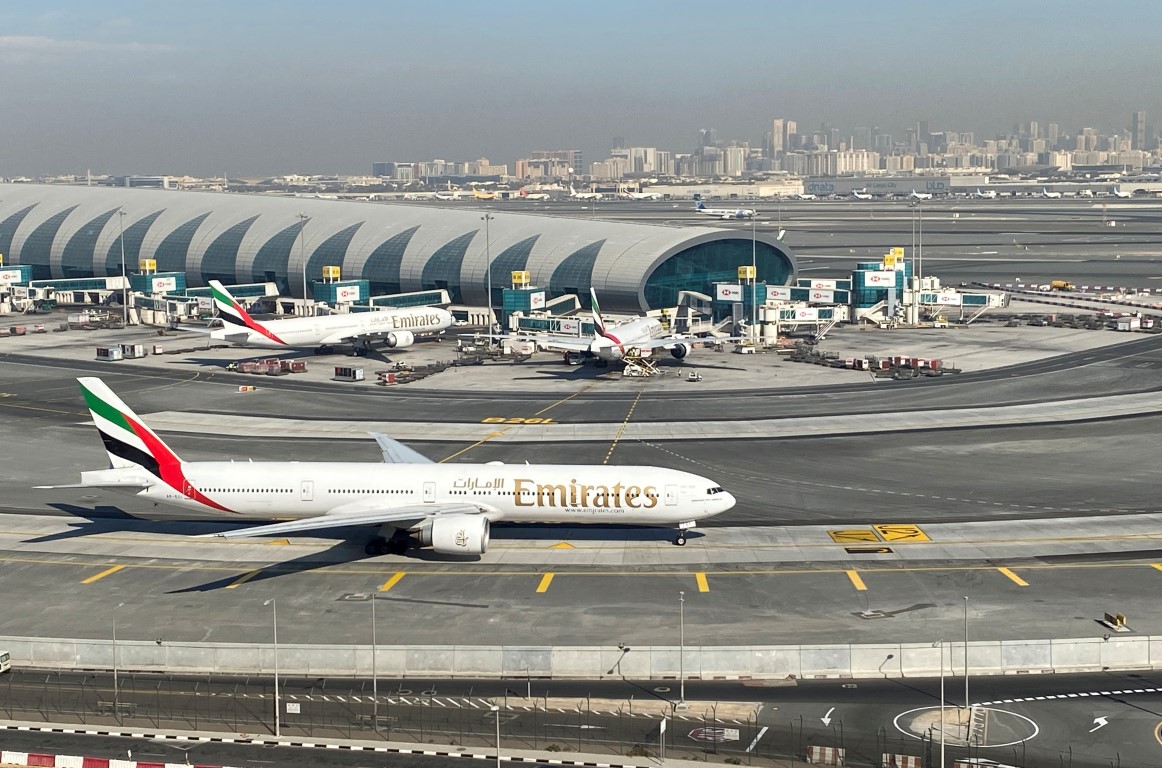 The airline announced the decision on Friday evening on its website, citing "operational reasons".

Its last journeys from Dubai to Sydney, Melbourne and Brisbane will fly on Saturday, Monday and Tuesday, respectively.

Ticket-holders with later dates will not be able to fly, with Emirates advising they contact their travel agent or the Emirates contact centre to re-book.

Law and film student and writer Debbie Zhou was planning to fly from Dublin to her home town of Sydney on Emirates on Friday.

Instead, she now thinks she'll be stuck in Ireland - currently subject to a strict lockdown - until at least March.

Ms Zhou, 24, has been in Ireland since January on a one-year exchange to Trinity College, where she has mostly attended classes remotely due to the pandemic.

As she endured a year of repeated lockdowns and rising cases in Ireland, Ms Zhou has been anxiously watching social media groups of Australians trying to get home from overseas over the past year, as the end of her exchange loomed.

Ms Zhou only booked her flight a few weeks ago as she had read about others having their flights cancelled when they booked in advance.

As she packed she was worrying her flight might be cancelled, especially after she saw Australia had slashed the cap on international arrivals until February 15.

New South Wales is now taking 1500 arrivals a week instead of its usual 3000.

"But of course, when you're packing and all of that, you do inevitably feel like there might be a bit of hope," she told AAP.

Ms Zhou spent thousands of dollars on a business class ticket to avoid a last-minute cancellation.

But when she logged on to social media on Friday, she saw a tweet from a reporter about Emirates' decision and realised she had just missed the cut-off.

Most people in the social media groups she's in are re-booking for March, she said.

While she will be able to stay in her homestay if she has to wait months, the uncertainty is difficult, Ms Zhou said.

"Even if it was in March and I knew exactly what date I was flying, I think a lot of people would be really happy with that," she said.

"It's constantly not knowing and mentally preparing yourself to pack and do everything to get on the flight and knowing in the back of your head that it could be cancelled at any moment.

"It's just totally out of my control."

The reduction in the cap on international arrivals followed the leak of an especially infectious strain of the coronavirus from hotel quarantine in Brisbane last week.

Emirates will still fly to Perth twice a week.

The airline earlier in the week said it would temporarily suspend all flights to and from South Africa, from this weekend.

"Emirates flights to/from South Africa will temporarily be suspended from Saturday 16 January to 28 January 2021 due to operational reasons," the largest carrier in the United Arab Emirates said in a statement.

"Customers holding tickets with final destinations in South Africa from 16 January to 28 January will not be accepted for travel at their point of origin," Emirates said.