The deaths take the state toll to 105 and the national figure to 189.

The dire numbers prompted the premier to announce a ban on visitors for residents of the Colac-Otway, Greater Geelong, Surf Coast, Moorabool, Golden Plains, and the Borough of Queenscliffe local government areas from Friday. 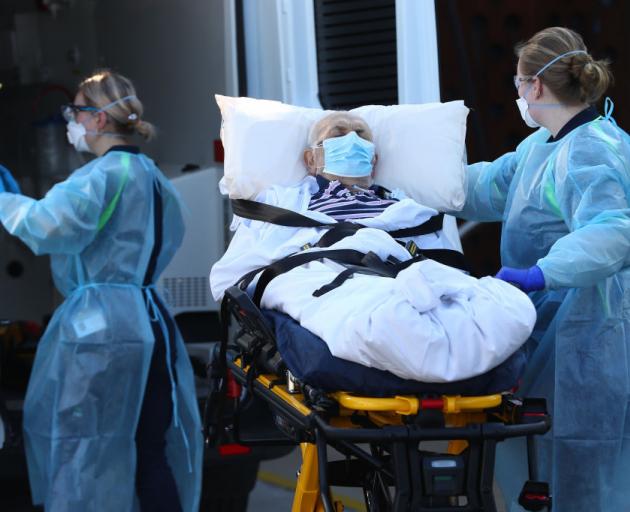 Mr Andrews also said the mask directive issued to residents of metropolitan Melbourne and Mitchell Shire would be extended to all of regional Victoria from midnight on Sunday.

"These are preventative steps ... it will be inconvenient for some, but at the end of the day, keeping those numbers very very low is about protecting public health, protecting vulnerable people, protecting every family," Mr Andrews said.

The premier said venues such as pubs and cafes in Greater Geelong and the other six local government areas could remain open.

But data showed family and friends visiting households and this was driving up infection rates.

"The large part of (transmission) is of course in workplaces," Mr Andrews said.

"But some of the transmission is in households and that makes sense when you think about it.

"People are not necessarily taking the distance in their family time.

"It's a natural thing. You let your guard down."

Regional Victoria currently has 255 active cases, with 159 in six local areas around Geelong.

Anyone in Victoria who have had positive coronavirus tests are getting a knock on the door their homes by Australian Defence Force personnel or public health officials.

Mr Andrews said several people were not home when doorknocked and some had left to go to work.

CHANGES IN THE STATE: