Selection pressure at New Zealand's two medical schools at Otago and Auckland Universities has intensified partly due to equity pathways. Photo: Getty Images
A former medical school dean is proposing a lottery system to ease huge pressure on students who now have to get "genius-level marks" to get into medicine.

Professor Peter Crampton, who led Otago University's medical school from 2011 to 2018, says "incredibly stressful competition" for limited places is "not helpful for anybody".

He wants New Zealand to consider a system like one used until 2018 in the Netherlands, which ran a national lottery for medical school selection that was weighted by students' high-school grades but then chose students by ballot rather than in grade order.

"I think there are better and more humane ways to work with our young people who have aspirations to be health professionals," he said.

Selection pressure at New Zealand's two medical schools at Otago and Auckland Universities has intensified partly because of preferences for under-represented ethnic and other groups, who this year became a majority of domestic students admitted to second-year medicine at Otago and almost half at Auckland.

That has reduced the places filled by students from the remaining "general" category in Auckland from 175 in 2015 to 130 this year, while general applications have remained at between 450 and 600 each year.

The result has been an increase in the lowest average grade required for general students to get into second-year medicine from 7.25 in 2015 to 8.25 this year, on a scale that runs from zero for marks under 50 per cent up to 9 for marks of 90 per cent or above.

At Otago, the median marks of first-year students admitted to second year medicine under the general category jumped from 83 per cent last year to 95 per cent this year.

Crampton said such high grade averages "don't reflect the qualities that you want in an individual - that's just one predictor".

"Some of the complaints and beliefs about the necessity for genius-level marks in order to study medicine are an artefact of competition. They don't reflect the underlying reality," he said.

An Auckland doctor whose tutoring company works with about a third of the students selected for second-year medicine at Auckland, Dr Justin Sung, said the grade required to get in was now so "absurdly high" that he has become "like a fulltime counsellor".

"I have taken students into hospital because of mental health breakdowns during the year," he said.

"I have had students walk in in tears because of what's happened. It's a very, very unhealthy environment."

He supported Crampton's call to reduce the emphasis on academic grades.

"There should be just a threshold for grades and then they should be ranked on their interview and other assessments such as the UCAT [University Clinical Aptitude Test]. I think that would take a lot of pressure off," he said.

Otago University drew a storm of protest recently when it signalled a review of its "Mirror on Society" selection policy, which aims to "ensure that the make-up of its health professional classes is equivalent to holding a mirror up to society".

This year it gave 145 of its 283 domestic places in second-year medicine to groups that are under-represented in the medical profession: Māori (66 places), Pacific (25), rural areas (41), students from decile 1-3 schools (11) and students from refugee families (2).

The lowest grade point averages for first-year students accepted into Auckland's second year were 5 for the Māori and Pacific category and 6.25 for the rural and regional category, compared with 8.25 for the general category.

Those were all high marks - a grade point average (GPA) of 5 represents marks averaging at least 70 per cent, a GPA of 6 at least 75 per cent and 8 at least 85 per cent.

"We know from our social justice equity pathways that we can get students through with much lower GPAs, but with comprehensive support programmes around them," she said.

"Some of the international writing about how we select medical students says there is no right answer, there are a number of tools available for us.

"But the general consensus, I think, from attending international conferences on this, is that you really want to have a mixture of selection tools which don't all focus only on academic ability."

In the Netherlands, medical schools are now allowed to determine their own entry criteria, including health work experience, situational judgment tests (which are part of the UCAT test) and students' extra-curricular activities. 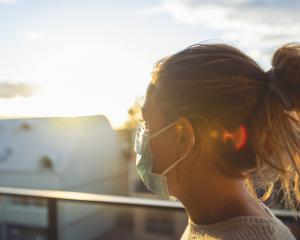 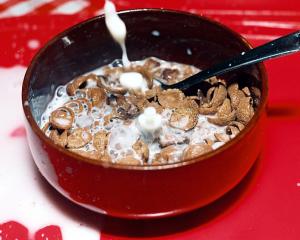