Petition to reinstate specialist on Pacific 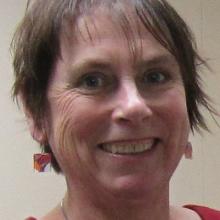 Jacqui Leckie.
A University of Otago anthropology lecturer says she is "devastated" her job was axed in recent humanities cuts but humbled by a petition started by a colleague to reinstate it.

Associate Prof Jacqui Leckie, a leading Pacific Islands Studies researcher, and former head of the University of Otago anthropology and archaeology department, was one of two anthropology staff to be made redundant during a review of the humanities division.

An online petition calling for the reinstatement of Prof Leckie’s job had about 330 signatures by late yesterday.

Prof Leckie said she was shocked to have lost her job.

"Basically I have spent Christmas and the last few weeks recovering from the shock.‘‘Shock would be one way of putting it."

Petition creator Dr Anne Hattori, of the University of Guam, said she met Prof Leckie at a health and history symposium 12 years ago.

"I started the petition after a group of concerned colleagues working in various universities around New Zealand and Australia learned what was going on.

"We have all been appalled that one of our most active, energetic and productive colleagues is being manhandled and mistreated in this way."

The petition had been signed by people in countries including Norway, Canada, Fiji, the United Kingdom and Australia.

University of British Columbia anthropology professor John Barker said he was disturbed by the job cut.

"I am greatly disturbed by the hollowing out of anthropology at the University of Otago, not least the short-sighted termination of a highly productive and internationally esteemed scholar.

"What is most surprising to me from my vantage point in Vancouver, is that Otago would weaken Pacific Islands studies at a time when scholarship and teaching on indigenous cultures and languages is in growing demand around the world."

Prof Leckie said she was pleased to have such support.

"It is extremely humbling. This is not the sort of thing you expect to see about yourself."

She declined to comment on the prospect of returning to work at the university should the petition be successful.

Her contract with the university would run out in June.

A University of Otago spokeswoman said the university was unable to comment because the petition had not been sent to the Humanities Division.