By Samuel White
0 Comments
A group of high school early leavers have powered up their potential  to bring  home several trophies from the Grass Kart Challenge, using machines they designed and built.

As part of the Government’s youth guarantee initiative, 21 students from the certificate in automotive and mechanical engineering course at Otago Polytechnic banded together to design four grass karts to enter in the grass kart challenge.

Held annually, the event is aimed at increasing participation in engineering and technical subjects by challenging students to design and build their own grass karts.

Otago Polytechnic mechanical engineering and trades lecturer Stuart Hewson said the students were challenged to produce their own grass or go-kart using the same specifications.

The students worked on karts as part of the engineering aspect of the course.

Mr Hewson said a lot of the students on the course probably would be on the job seekers’ support benefit if not for the youth guarantee initiative. 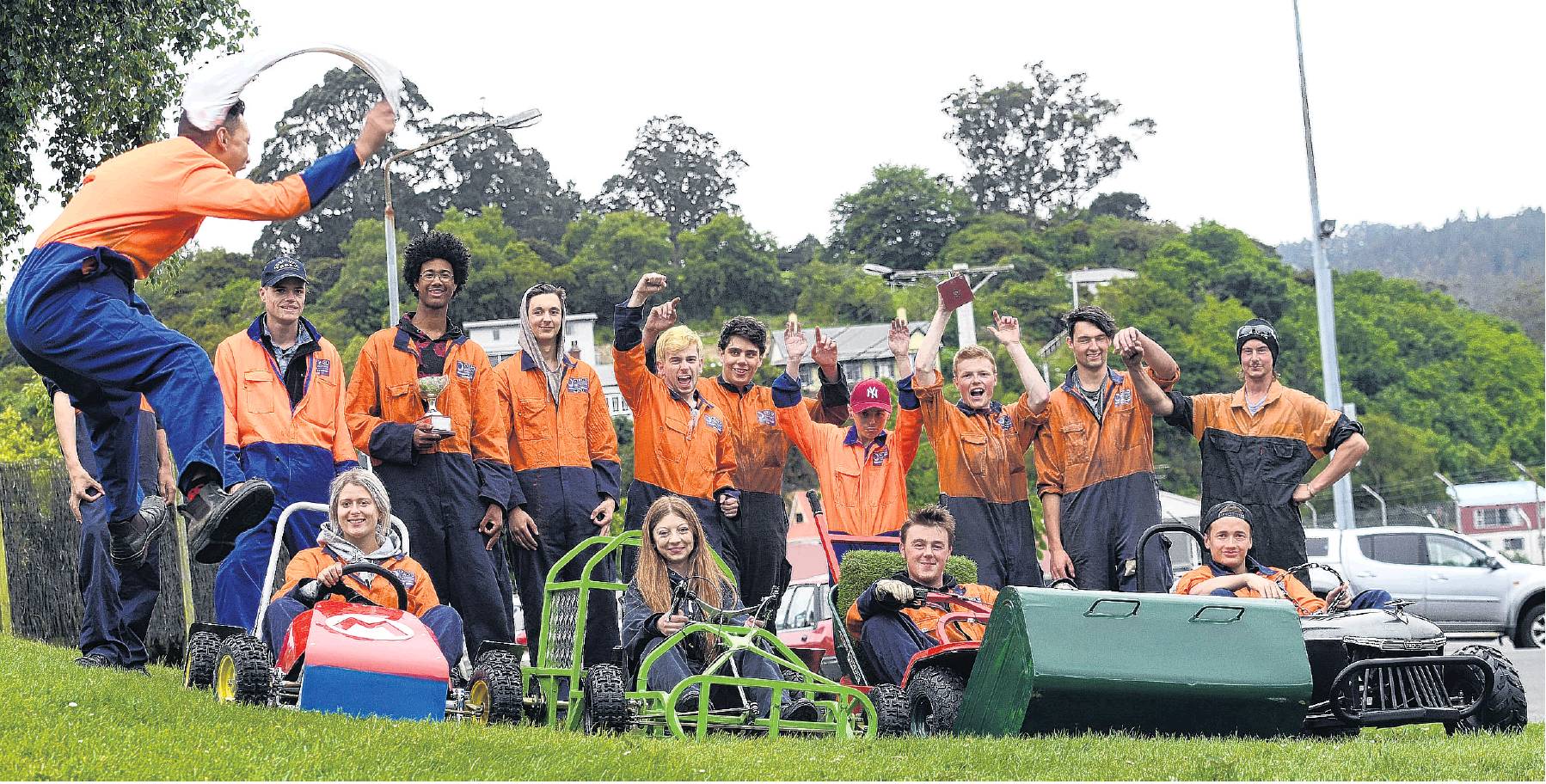 Otago Polytechnic student Mason Lee (17) gives the go signal for grass kart drivers (from left) Millie Bouman (19), Monique Ranford, Benjamin Roberts and Quinn Parry (all 18), who all took part in designing and building the karts as part of their course. Photo Stephen Jaquiery
The standards for the students were quite  high and those at Otago Polytechnic did quite well.

Almost all  last year’s students either ended up with apprenticeships or went on to study higher-level courses, Mr Hewson said.

Otago Polytechnic engineering senior lecturer Nick Moss said each of the teams produced four styles of vehicle and yet still managed to meet the grass kart challenge criteria. A front-wheel-drive kart inspired and made from lawnmower parts and a wheelbarrow won five awards at the  event, including first place in the people’s choice award and construction category as well as second place overall and in the appearance and record-keeping categories.

Two of the other karts, one of which incorporated the bonnet of an old Ford Prefect,  won  prizes as well.

The fourth, the only one with an electric start motor and designed to fit the theme of popular video game Mario Kart, did not do so well. The engine leaked oil during the challenge and the students had to do a "quick" 15-minute engine change.

Mr Moss said it was disappointing the Mario-themed one encountered the problems it did because, if you were an "engineer purist", it was probably the better design. Student Millie Bouman said the Mario-themed kart was also the only one to use a continuously variable transmission.

The team "took ages" to decide on a theme for their kart but in the end the answer was so obvious she was surprised they had not thought of it sooner.

As for the kart’s poor performance, Ms Bouman said "it is a good kart when it goes".