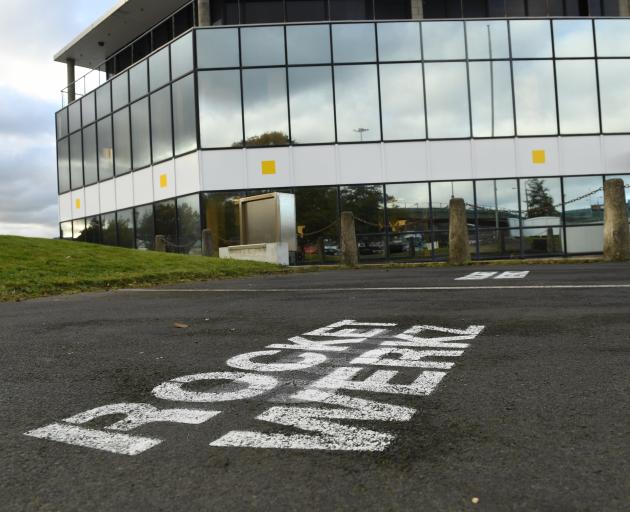 Staff numbers have dropped from 35 to 15 at Rocketwerkz’ Dunedin studio. PHOTO: STEPHEN JAQUIERY
More than half of Dunedin’s Rocketwerkz studio were made redundant earlier this year after a game they were working on was cancelled.

The Dunedin studio in Wharf St is now working with about 15 staff, down from 35.

Ex-employees have spoken out about Rocketwerkz founder and chief executive Dean Hall and the way he ran the Dunedin studio, describing what became a toxic atmosphere for many.

Mr Hall has responded saying the company had to carry out a restructure because the game the Dunedin studio was working on, called Union, was not meeting its deadline.

‘‘I think ultimately we recognised a number of things weren’t working and we really had to focus down on what was [working],’’ he said.

‘‘The studio in Dunedin was about five years old, it was very unprofitable, we had limited amounts of funds and we needed to make sure we were moving [it] towards being a viable place for people to work for a long period of time.’’

He said Union was a ‘‘middle tier’’ game — that was the hardest type of game to successfully create and launch.

‘‘I can’t really go into the commercial details of why that was a prudent decision but it certainly wasn’t one that was made lightly and it was made with a lot of discussion with many people in the industry and with the team itself.

He said he had put ‘‘many millions’’ of his own money into the game and had wanted it to succeed.

Former employees working on the cancelled game have told the Otago Daily Times they felt it had been going well.

One of those made redundant said Mr Hall’s no-management style was a big problem.

‘‘He didn’t put any process in place for how things should self-manage, he just imagined you waved some magic do-it-yourself-wand and it worked.’’

The worker — who was an experienced programmer — said he was frustrated when a project was ‘‘undermined’’ by Mr Hall not stepping in to give authority to him.

“It was started with a bunch of newbie [junior] programmers ... all fresh out of college.’’

As time went by the younger programmers started to respect the senior programmer’s experience and they worked well together, he said.

But problems would arise and they would ask help from Mr Hall or his sister (Stephanie Hall, who helped set up the Dunedin studio).

“We would get her in to try help us deal with problems but we would never get any back up. Dean would never back up any decision anybody ever made on a project. It was just chaos.

“There is no point having management where it’s basically just ‘stop or I’ll say stop again’. That’s the way things were.’’

When projects fell over, he said Mr Hall would ‘‘randomly change bits of code, change the direction of the project completely and then be surprised a couple of years later when it all hadn’t sort of arrived at some amazing production’’.

In response Mr Hall said he felt he did give complete authority to Dunedin staff, but he was aware aspects of the office were not working well.

‘‘I personally learned a lot from that and we’ve perhaps walked back a bit from that.

‘‘That utopian dream of ‘hey let’s have no managers’... it’s very easy to turn around at the end of that and say ‘oh well, Dean, you should be a manager, and you should be managing all this’ —when that wasn’t how we started.

‘‘That’s why I think a restructure was very important.’’

Mr Hall said he had treated those made redundant well — including paying some of them ‘‘substantially in excess’’ of what their contracts required.