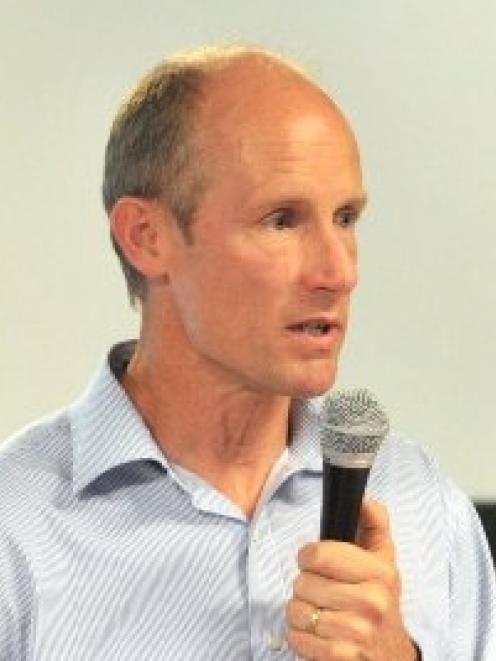 Peter Standring
A closer watch needs to be kept on the St Clair sea wall until Dunedin city councillors decide what long-term fix - if any - is needed, a report suggests.

The report, by council maintenance engineer Peter Standring, will be considered by councillors, who are set to begin deliberating on the draft budget for 2014-15 from today.

Mr Standring's report suggested the council should allocate $95,000 to pay for an interim risk management plan for the battered St Clair sea wall.

The plan would allow council staff to keep a closer eye on the wall, looking for further signs of deterioration, until longer-term options could be considered at next year's long-term plan budget discussions.

As well, the sea wall's panels would be inspected for signs of deterioration every year, and rocks at the foot of the wall would be checked and rearranged every six months, he said.

The council would also be ready to react to any signs of problems arising from the inspections, and would draw up an emergency contingency plan should a partial failure of the sea wall or rock revetment occur, he said.

That included the anticipated $100,000 cost to the council if the emergency contingency plan needed to be put into action, he said.

The recommendation came after a series of severe storms in May last year stripped sand from the beach, resulting in the appearance of sinkholes along the Esplanade at St Clair.

The council has since spent $680,000 on emergency remedial work and reinstating temporary access to the beach, while commissioning Opus International Consultants to study possible long-term solutions to the problem.

Mr Standring said the council was only at stage one of a four-stage approach to rectifying problems at St Clair, but Opus had identified ''conceptual options'' to be considered in more detail.

Those options ranged from continuing the existing approach of reactive repairs and maintenance, to changing the existing sea wall to building an offshore groyne to help protect the beach and sea wall.

Each option had a range of adverse effects, and would require a resource consent, and should be considered in more detail as part of next year's long-term plan hearings, he suggested.

A report on the need for further studies into long-term options for the sea wall was expected to be ready for councillors to consider in two to four months, he said.

In the meantime, he recommended councillors agree to the interim risk management plan, with the $95,000 cost to be paid for by drawing on $130,000 in unspent transportation operational funding from 2013-14.

The additional costs of up to $160,000, if risks became a reality, could be covered by delaying some footpath renewal work, even though that approach was not sustainable and ''should be avoided if possible'', he noted.