Aiming to spread the crochet craze 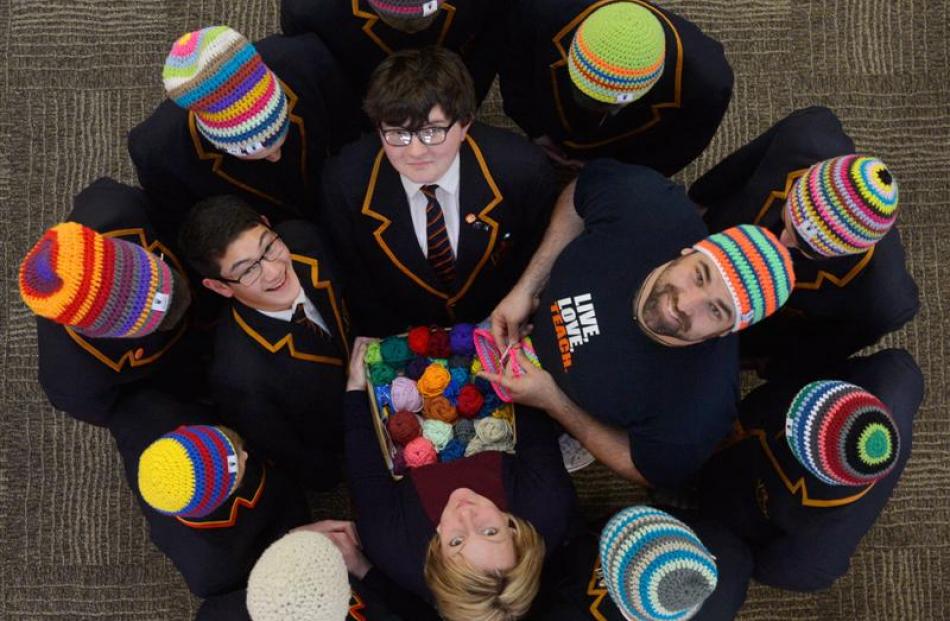 Step aside, Rainbow Loom and other schoolyard crazes - a new one may be about to tie up children's imagination and attention.

A German marketing and business development lecturer is in Dunedin to introduce the art to school pupils, in the hope it will get teens hooked on crochet, like those in Europe.

Prof Marcus Schulz, of Wurzburg-Schweinfurt University of Applied Sciences, said the popularity of crochet was rekindled in Germany about four years ago, after two German ski instructors returned from working on the ski fields in Japan.

While working in Japan, Thomas Jaenisch and Felix Rohland became bored in the evenings, and were introduced to crochet by a fellow Spanish ski instructor.

They became proficient and made their own hats, which attracted the attention of other skiers, who wanted to buy them.

It sparked the idea of creating a company, MyBoshi, which involved setting up a website that allowed people to design their own hats and place orders for them to be made by the company. The finished item was then posted.

Eventually, young people discovered it was cheaper to make their own, rather than pay $NZ80 to have them made, Prof Schulz said.

''Without really wanting to, the guys initiated a whole revolution in the sector of handcraft work - crocheting and knitting - first in Germany, then in Europe, and now the guys are going overseas.

''It is quite interesting that this movement motivates a lot of young male persons to crochet and handcraft their own gadgets, away from the TV, creating things with their own hands.''

Prof Schulz said the craze had spread to the extent that young people in Europe were not only crocheting their own hats, they were also making scarves, gloves, bags, cellphone covers - whatever they could imagine.

The website is now just a small part of the business, he said.

MyBoshi has become one of the largest wool suppliers in Europe and has published four successful handcraft books in Germany and Europe.

''The whole industry has experienced a boost. People of every age sit down and crochet their own hat, scarf or other things.''

Prof Schulz has studied the company and often invites the founders to his lectures as guest speakers.

As a friend of the MyBoshi founders, he too, has been hooked by crochet, and creates several garments a week.

John McGlashan College German teacher Anna Noble became aware of the craze through family in Germany, and told her pupils about it.

The idea excited them so much, she invited Prof Schulz, a former University of Otago student, to introduce the creative art to pupils at the school.

She said Prof Schulz would be in Dunedin for about a month and would hold a workshop at John McGlashan College's Learning Centre from 1pm to 4pm on September 19 to demonstrate the art.