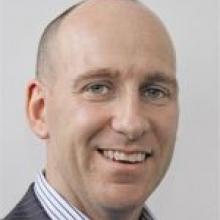 Grady Cameron
Allegations of a conflict of interest and unfair financial gain have been rejected by Dunedin City Council trading company Delta Utility Services, which has completed an internal investigation after concerns were raised by a staff member.

A source told the Otago Daily Times this week that during Delta's management of the council's Green Island landfill tip, it was charging itself heavily discounted rates to dispose of its own rubbish - about $20 a tonne as opposed to $100 a tonne.

The source claimed this was "fraud" and could have equated to "more than a million dollars in lost earnings to the DCC" during the past five years.

Delta chief executive Grady Cameron said a Dunedin lawyer's report concluded "there has never been a special or preferential arrangement between the DCC and Delta under which rubbish has been charged at a different rate from that paid by other operators".

There had been no financial saving to Delta and the report found "very distinct competitive tension" between Delta's outside contracting activity and the separate management of the landfill site.

"The report . . . excludes the suggestion that Delta's dual role has been used to its advantage in relation to landfill charges," Mr Cameron said.

He agreed to provide the ODT with a copy of the report next week, once personal employee details were removed.

Delta is an electricity services contractor and property developer. It also has water and wastewater maintenance contracts for numerous South Island councils.

It employs more than 500 people and has delivered $35 million in dividends to the city council since 1998.

Delta's landfill management contract ends in June 2010 and is at present under a standard review.

Mr Cameron, who was appointed in January, confirmed yesterday that concerns had been first raised in September 2008 and "practical concerns" were "dealt with at the time".

Some "related allegations" were again raised by the staff member this year, which he wanted "further addressed".

He said Delta's dual role as landfill manager and user "could be seen as involving potential conflict of interest", prompting the concerns to be investigated independently.

Mr Cameron said the contents of the report would be discussed with council staff.

Council water and waste services manager John Mackie said when contacted yesterday "there was an issue of interpretation of what qualified as clean fill and contaminated fill" - the difference between the $20 and $100 a tonne charges.

"We have got published rates in the long-term council community plan, which we expect to be paid at the gate," Mr Mackie said.