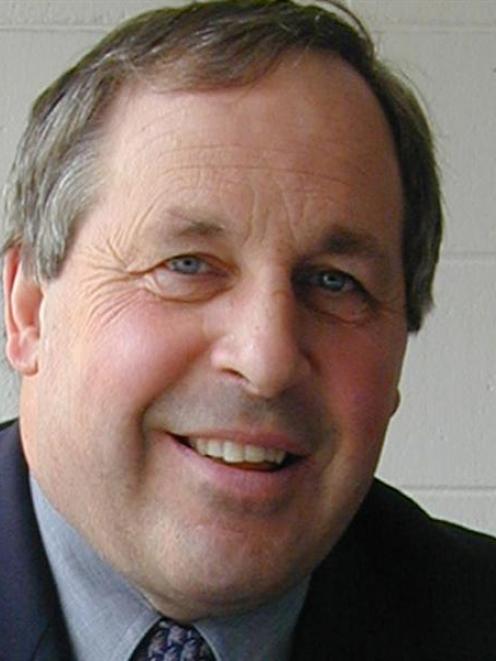 Tim Barnett.
Dunedin developer Tim Barnett has received a public apology and a $200,000 payout following a lengthy battle to recover his costs after the Dunedin City Council restricted his ability to develop his harbourside property.

The property, at 41 Wharf St, has since been sold to developers who are hoping to build a 27-storey hotel on it.

DCC chief executive Paul Orders yesterday apologised to Mr Barnett, of Arthur Barnett Properties, for the inconvenience caused by the council's decision-making since 2008.

The $200,000 covers Mr Barnett's out-of-pocket costs (just under $118,000), the interest on his costs ($41,000) and a contribution to his legal fees during his lengthy attempt to first remove the restrictions on developing the site and then recover from the council the cost of those restrictions.

Mr Barnett had intended to build on the vacant site but was unable to do anything with it between 2008 and 2011, after the council placed a notice of requirement on it as part of its ''harbourside'' plan, later severely curtailed.

The site had been identified by the council for possible use as a road linking Wharf St with a new on-ramp to the nearby overbridge.

The notice for requirement was imposed in February 2008, two months after Mr Barnett had applied for consent to build a 3105sq m building there.

Mr Barnett opposed the notice and in May 2008 was granted consent for the development, but with the council's plans creating uncertainty, it did not proceed.

In June 2010, the council's harbourside hearings committee decided the notice of requirement should be dropped. The ''harbourside'' zoning was dropped in October 2011 for all but the southern side of the Steamer Basin. In January 2011, Mr Barnett had applied to the council for costs related to the notice of requirement. In the usual process, costs are sought within a six-month time frame.

However, because the notice of requirement was dropped in June 2010, the council declined his application, saying it was made outside the time frame.

In October 2011, Mr Barnett, under the Public Works Act, made a formal request for reimbursement of his costs, followed by a claim to the Land Valuation Tribunal in June 2012.

Council services and development general manager Dr Sue Bidrose said the council agreed to reimburse him for out-of-pocket costs based on the evidence he produced in April this year, showing why he felt he was within the time frame.

The formal apology, issued by Mr Orders yesterday, read: ''Council apologises for the inconvenience, and also thanks Mr Barnett for working with council in good faith as the parties explored options over some years.

''Mr Barnett has a long history of commitment to the city of Dunedin. Council trusts that the good working relationship that has developed between Mr Barnett and the council over the years will continue.''

Dr Bidrose said the issue came down to what councils should do when it came to telling people what they could and could not do with their properties.

''When a council intervenes with private property rights, if you cost property owners something as a result of that process, you should pay.''

Mr Barnett declined to comment, but a council statement said the matter would not be taken any further.