Area too 'vulnerable' to booze shops 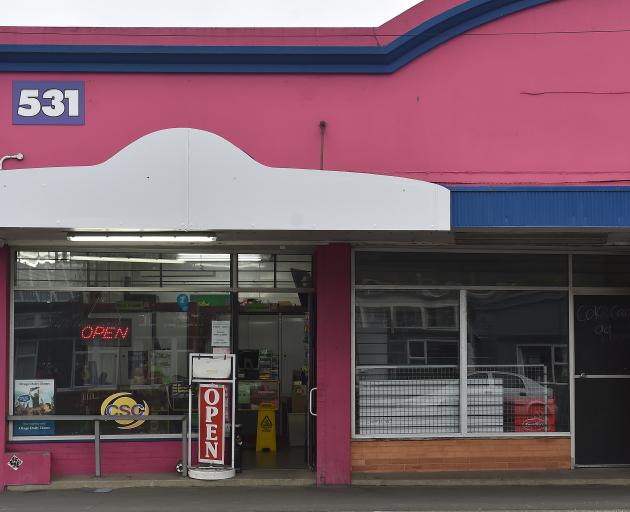 Police and the Southern District Health Board argue this Hillside Rd store should not be granted a liquor licence. PHOTO: PETER MCINTOSH
Opening  another liquor store in South Dunedin would result in increased alcohol abuse and crime in what is already a deprived area.

The warnings from police and the Southern District Health Board (SDHB) form part of their opposition to an application from a Hillside Rd tobacconist for a liquor licence.

According to the agenda for a hearing this week, the store's owner Graham Murphie is applying for the licence in an attempt to increase its profitability amid falling tobacco sales.

Alcohol harm prevention officer Sergeant Ian Paulin said having another liquor store would result in increased crime and alcohol abuse in what was a vulnerable area.

``Police submit that a major driver of crime in this area is the vulnerability of the community.

``It is a relatively deprived area consisting of a high concentration of cheap, poor-standard rental accommodation.

``People that generally live in such premises are unemployed, single, or couples with no children, of low socio-economic standing and are highly vulnerable to the attractions of discounted alcohol from off-licences,'' Sgt Paulin said.

He also argued the application should fail at the first hurdle because legislation does not allow tobacconists to be granted off-licences.

SDHB health promotion adviser Toni Paterson, delegated to write a report by the medical officer of health, said the premises was in a high deprivation area bordered by other such areas.

``This area has larger proportions of Maori and Pacific peoples than for Dunedin city as a whole.

``Survey data for New Zealand suggests that those living in deprived neighbourhoods and Maori and Pasifika drinkers are significantly more likely to drink hazardously than other New Zealand drinkers.''

Research had found higher levels of violence, particularly domestic violence, and underage purchasing of alcohol were associated with a higher density of licensed premises.

``Taken against this background, I submit that the addition of another off licence in this vulnerable community does not align with the object of the [Sale and Supply of Alcohol Act 2012].''

She said from a public health perspective, she ``respectfully'' disagreed with Mr Murphie's suggestion that tobacco was complementary to alcohol.

In the past few years, hazardous drinking rates had increased among older age groups, which had been identified as making up the majority of the store's customers.

Council licensing inspector Martine Cashell-Smith noted that South Dunedin was an area with some of the highest deprivation scores in New Zealand.

Mr Murphie declined to speak before the hearing.

The district licensing committee will hear the application on Thursday.