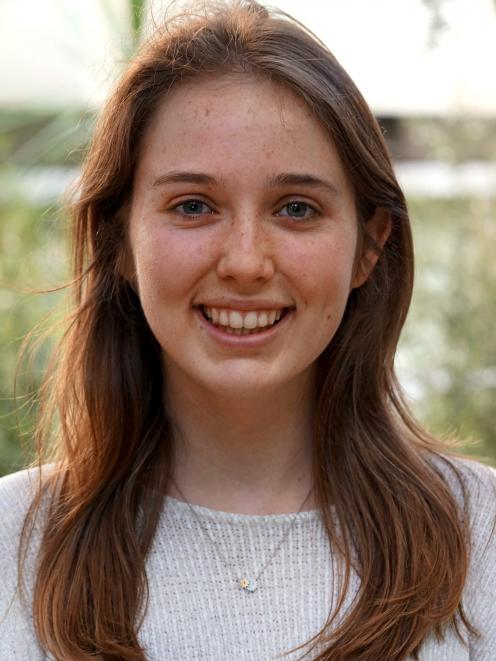 Zoe Windner.
''Powerful'' stories are emerging in a study of bowel cancer sufferers that will highlight symptoms people often ignore.

University of Otago medical student Zoe Windner (19) said people in their 20s and 30s were among about 100 bowel cancer cases in her summer grant study.

''You see the numbers, you see 3000 people are diagnosed per year, but the work I am doing, I am seeing their stories and what is happening to them and their families, and that's really powerful.''

The study looks at how long it took for people to be diagnosed, and what prompted them to seek medical attention.

In some cases family members are taking part on behalf of patients who had died.

Embarrassment about symptoms like blood in stools could delay diagnosis.

''We're trying to look at the different things that might encourage or discourage someone from seeking that help in the first place.''

''For some people, that might be the only symptom.

''Some of the ones you might not associate with bowel cancer ... those are really common, but people just don't recognise them.''

A change in bowel habits was often ignored too - ''people don't think it could be as serious as bowel cancer''.

What triggered patients to seek help was usually ''blood, pain, and weird out of the ordinary things'', such as feeling a lump.

Miss Windner said there were fewer cases than she had expected of patients being denied care due to waiting lists.

The study, which is still accepting subjects, recruited patients online, which meant the average age was skewed towards younger people.

''Particularly for me as a young person, you don't expect to see something like bowel cancer in someone similar to you.''

The new national bowel screening programme could have negative implications for younger sufferers, she said.

Careful planning was needed to ensure the programme did not divert resources from younger patients who need colonoscopies and other procedures.

Health boards are expected to be stretched by the demand incurred by screening people aged 60 to 74.

However, Miss Windner was a strong supporter of the programme.

''All those countries that have better rates [of cancer] than us, they do have screening programmes.''

If you are interested in participating, we would love to hear from you at https://psm-dm.otago.ac.nz/limesurvey/index.php/882824?lang=en