Builder of wall has no plans for gate 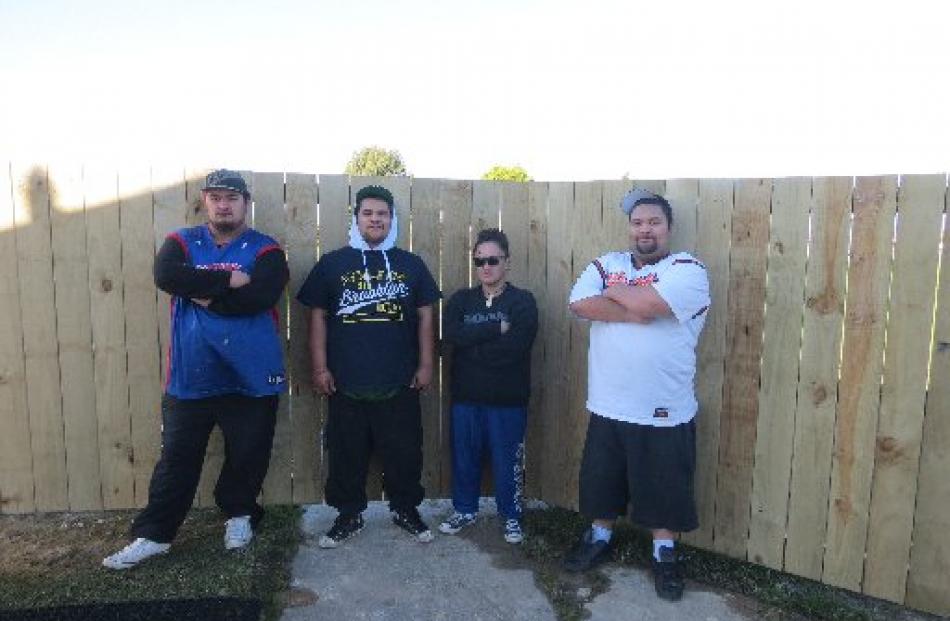 Corstorphine Community Hub users (from left) Sharn Wilson, Beau Pene, Ashlee Wilson and James Wilson were annoyed this fence has blocked their access to the hub. Photo by Jonathan Chilton-Towle.

The builder of the Great Wall of Corstorphine has been unveiled but it seems unlikely it will bow to community wishes and install a gate.

As reported in The Star last week, the mysterious fence that appeared between the old Corstorphine School and neighbouring community facilities during the Easter Holidays had become a ''hot topic'' for the Corstorphine community.

The wall had cut off several paths through the school and many locals wanted a gate installed.

Since last week's story, Land Information New Zealand (Linz) has admitted responsibility for building the offending barrier. Linz was handling the sale of the school to an unknown buyer. The sale was due to be completed on Friday.

A spokesman for Linz said the fence was erected to separate the land being sold from adjacent land which was being kept by the Ministry of Education.

''Although the school allowed the public to use the access provided for its pupils while the school was in existence, this was only ever an informal arrangement.

"As a consequence, the sale is not subject to an easement for a pedestrian right of way in favour of the general public,'' he said.

''As the fence is intended to separate the land being retained by the Ministry of Education from the land being sold, it would not be appropriate to install gates.''

Linz would not provide information on who the land was being sold to because the sale was yet to be settled.

Public Access New Zealand secretary Alan McMillan said accessing the paths was important to the Corstorphine community and the best thing would be for all parties involved to get round a table and discuss a solution.

He believed the paths would satisfy the requirements to be protected as public roads under the Common Law Doctrine of Implied Dedication, as they had been used by the public for an extended period of time without interruption and had had public monies spent on their construction or maintenance in the past.

However, enforcement in this fashion would be a last resort.

''Confrontation and threats of legal action very rarely produce the desired results,'' he said. Mr McMillan had written to the Dunedin City Council about the issue but had not yet received a response.

As the paths were not registered easements, the DCC had no legal mechanism to keep them open, he said.