Call for ban on south-facing homes 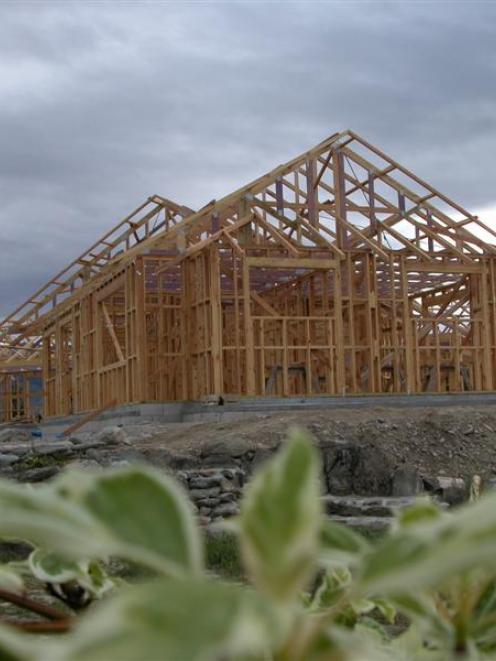 Photo by the ODT.
The Dunedin City Council should rewrite its rules to ensure all new homes are built facing north, into the sun, a city councillor says.

The call to improve the energy efficiency of Dunedin's housing stock, made by Cr Fliss Butcher at last week's council's planning and environment committee, could yet find its way into a council draft planning document.

Building new homes to take greater advantage of the sun would improve ambient temperatures of homes and their ability to maximise the use of solar and other energy-efficiency initiatives, she said.

"It is no longer good enough for anyone to be building, in the southern hemisphere, houses facing the wrong way," she said.

Her suggestion has been questioned by some councillors and dismissed outright by another.

Deputy mayor Chris Staynes had some sympathy with Cr Butcher's intention, but was against a blanket ban on south-facing homes.

Instead, he wanted a home's sunshine hours made available to prospective buyers or tenants, through individual properties' land information memorandums, or as part of a city-wide star-rating system for flats.

Cr Syd Brown went further, saying rules dictating which way homes could be built would be "solely an intrusion on the rights of the individual".

"It would make it impossible [to build] in some areas of Dunedin, where we've got large blocks of land already zoned; already serviced. It would make them not able to be used."

The debate came as council staff continued work on the council's draft spatial plan, which aimed to set the shape of the city's urban development over the next 30 years.

The plan is due to be completed later this year.

Speaking at last week's meeting, council city development manager Anna Johnson said the wording of the spatial plan would be discussed with Cr Butcher, to try to address her concerns before the plan was finalised.