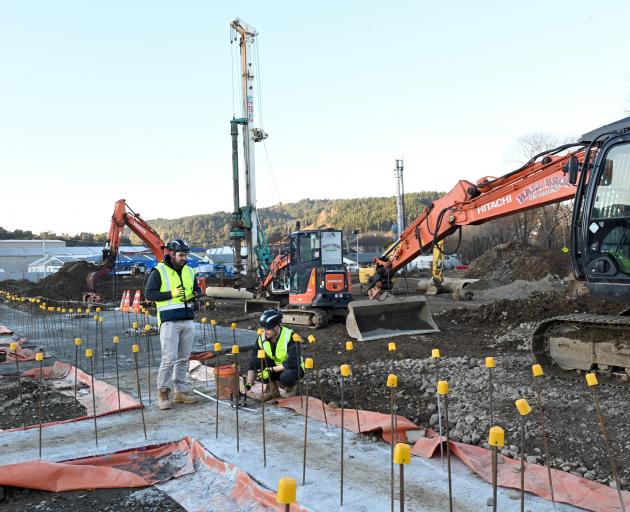 Later this month, steel beams will start rising on the Albany and Forth Sts site.

University of Otago chief operating officer Stephen Willis said construction was on target and the college should open in April 2023.

The new 450-bed residential college will include seven levels, with 125 bedrooms with ensuites, a dining hall and kitchen, multi-functional communal spaces, offices, a reception area, and college staff accommodation, spread over four wings.

When complete, the 14,000sqm K-shaped structure will meet five-star Green Star sustainability criteria, which is believed to be a first for a residential college in New Zealand.

Mr Willis said the new college was the first purpose-built university-owned college in more than 50 years.